Until The Light Takes Us (& Deleted Scenes) 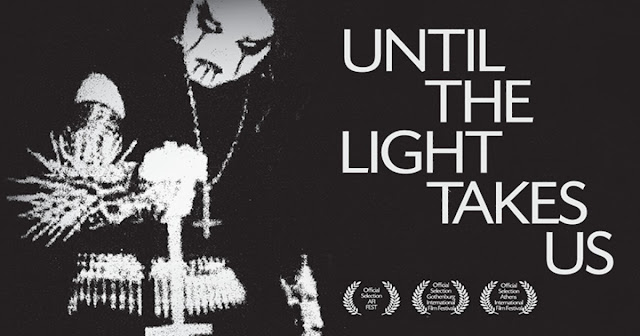 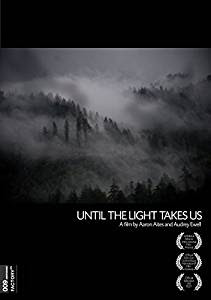 Synopsis (IMDb): Chronicles the history, ideology and aesthetic of Norwegian black metal - a musical subculture infamous as much for a series of murders and church arsons as it is for its unique musical and visual aesthetics. This is the first (and only) film to truly shed light on a movement that has heretofore been shrouded in darkness and rumor and obscured by inaccurate and shallow depictions. Featuring exclusive interviews and verité with the musicians, a wealth of rare, seldom seen footage from the "Inner Circle"s earliest days, Until the Light Takes Us explores every aspect of the controversial movement that has captured the attention of the world. This is the movie that gets inside the minds and hearts of black metal's musicians. The filmmakers moved to Norway, living and filming there for two years. The movie is not about them though - it's about the extraordinary people and events that make black metal unique, unforgettable, and inevitable. This is black metal as seen through the eyes of those who created it, of those who live it, of those who are at the center of the story of black metal. - Audrey Ewell

One of the most controversial and violent metal movements with the genre, Norwegian black metal has both fascinated and intrigued metalheads while terrifying the living hell out of the non-metal community. With interviews and accounts from the people who were there, it makes for essential viewing if you want to know more about the turbulent world and chaotic music of black metal.

I first watched Until The Light Takes Us while researching for an essay in my second year of university, I remember having this very tense feeling throughout as there was nothing flashy about it and the people they interviewed had no problem with being so open about murder and church burnings. After watching it a couple more times, I realised that the documentary captures black metal perfectly. With black metal possibly being considered as the last bastion of outsider art in music, it's raw energy and ferocity needed to be captured and the more I watched the more I realised how well Aites and Ewell did this.

Capturing the turbulent history of Norwegian black metal in an impartial way and letting those that were there tell the story must have been no easy challenge. Especially get interviews with Varg in prison. One thing I love about this documentary is the fact that it's unfiltered, we are hearing first hand accounts straight from the horses mouth, the only discretion coming from the interviewee and how much they want to divulge on the issue being talked about. Given the amount of mass media drama  and sensationalism caused by the events within the movement, it's not often you get raw and uncut documentaries like this, as it's easy to get caught up in it all.

One thing that did bug me about this is the lack of interviews with members of Enslaved and Emperor, both bands were around at the same time and arguably both bands are just as influential as Burzum and Mayhem but there isn't much coverage of them. Although there is a few sections in the deleted scenes featuring Grutle Kjellson of Enslaved, and it did feature Faust from Emperor a few times, I feel like their part in Norwegian black metal's history was ignored slightly. However, the deleted scenes just adds more to the story and how in depth Aites and Ewell went. Also featuring an extended interview with Varg, I feel like the deleted scenes should have stayed in the film, which would take the runtime to two hours or there about, but you and I both know that we wouldn't mind sitting through and extended film about the history of the music we love.

This is essential watching for fans of black metal and its for people that want to learn more about black metal (and hopefully get into it). This film helped me to understand the scene and the history my music was going to be sitting in. As I've aforementioned three hundred times already, it's raw and uncompromising and that is what makes it awesome.