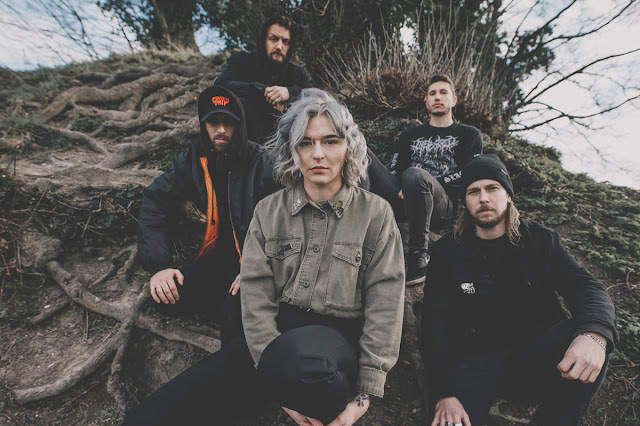 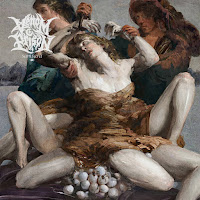 Excuse me while I pick my brain up off of the floor, it's just been blown out the back of my head. What an album! There was no chance in hell that Venom Prison were going to soften the edges with Samsara and one of my most anticipated releases this year was certainly delivered with brutality. The future of British extreme metal is definitely in the right hands. From start to finish this album is all killer no filler, which is not something you get to say often in this day and age, evolving on from Animus, it hits harder than anything I've heard in a while. Well constructed and thought out riffs, executed perfectly yet still rough and raw, thunderous  rhythm section and vocals sounding like they're being shouted directly into my ear is everything I look for in a death metal album, Venom Prison have done all that but better.

From a production stand point, the mix is on point, professional but still brutal. With everyone seemingly wanting cleaner and cleaner, almost artificial production, this is a breath of fresh air sonically (outside of the black metal I usually listen to). It compliments the songwriting and really gives weight to those riffs and drums. From my perspective it feels like it's a live performance, capturing the energy of a Venom Prison show (of which I am yet to experience as I always seem to be working when these guys play, so I'm going on YouTube videos here but I don't think I'm far off) and it's done so brilliantly, definitely conveys the chaos.

Musically, it's classic brutal death metal, riffs upon riffs upon riffs. Taking it back to the old school in the vein of Cannibal Corpse, The Black Dahlia Murder, etc. whilst bringing in some more hardcore style elements. One thing I love about Venom Prison is they don't pretend to be something they're not, everything is what it should be, nothing too flashy or over the top, it's just straight up take it or leave it death metal. In other words, "Arrive, Fuck Shit Up, Leave".

I wish this band every success in the future, not only for their music but for what they stand for. Samsara is a phenomenal album from a dedicated and hardworking band and I genuinely cannot fault it in any way, shape or form. So do yourself a favour, stop what you're doing and spin this album now!