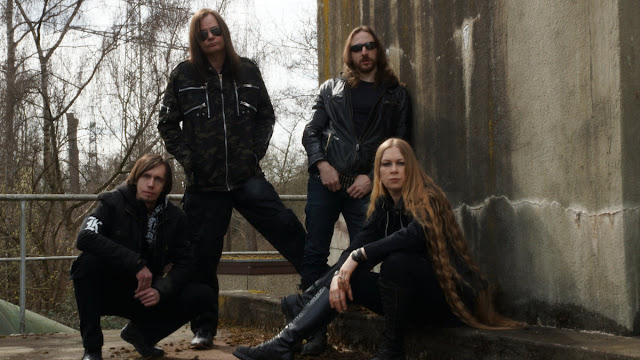 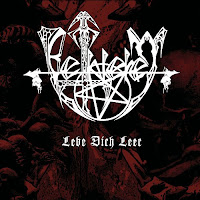 A harmonious mix of synths, doom and black metal, mysterious, ominous and foreboding with every second. Lebe Dich Leer is a dark, raw and beautifully crafted album that twits, turns and contrasts with every passing section yet carries this evil funeral march feel all the way through, a demonic funeral march that is. There is definitely more of a focus on the doom and cleaner elements within Bethlehem's music on this album, when compared to it's predecessor 2016's self-titled.

There is a lot of variation with each song on this album, multiple sections intelligently worked into each other, each one giving the next a bigger impact. To elaborate, the song structures consist of harsher sections that give way to slower or clean sections, which then ramps up to another harsher section and the cycle keeps going. It keeps the listener on their toes, this is best demonstrated by track 6 An Gestrandeten Sinnen. Whilst for some people this can be quite jarring, for me its interesting because it's not 40-45 minutes of total slaughter. Even though the title translates to "Live Empty" this album is full of contrast. The riffs themselves are raw, chunky and crushing, which is perfect for psyching yourself up.

I've said it before that I really enjoy it when bands sing in their mother tongue, hearing German screeched and growled at me by Yvonne "Onielar" Wilczynska is an unforgettable experience. She is definitely one of the fiercest vocalists in this genre of metal. German suits metal no end and this makes all the songs sound more brutal and aggressive in my opinion. Even if I can only make out what a few words mean, it's more enjoyable to hear an artists expressing themselves in their own language, Wilczynska's vocal delivery is savage.

Production sounds pretty straight forward from what I've gathered from multiple listens through. It kind of reminds me of Deftones in the way the drums are really well EQ'd and compressed. All the guitars and bass tracks are the same, so when the dynamics of the songs change the dynamics of the mix change. I think it's really well balanced throughout the album. The quieter sections intrigue me more as the reverb sounds quite tailored and unique for a specific purpose, I'd love to find out what the used for it as I think I could create something similar myself for Vanaheimr.

Whilst I find the album interesting, I wish there were a few more doom style passages. When the band did slow it down, it felt heavier and darker than the faster sections and with the way Wilczynska is styling her vocals on this album I think it would have had a bigger impact. Also, I feel they could have used more synth layers to really build up the atmosphere for some of the passages, for example Wo Alte Spinnen Brüten has a really haunting synth part in the middle that made me feel tense and wondering when the riff was going to come back in. I wish there were some more of that throughout the album but I think that's mainly personal preference.

Overall, the album demonstrates a wealth of influence and songwriting experience to create a bleak and doom filled, somewhat delicate, powerhouse of an album. German metal is definitely having a phenomenal year in 2019 with multiple releases being in the higher echelons. This can easily sit among them and stand out for its own unique reasons.