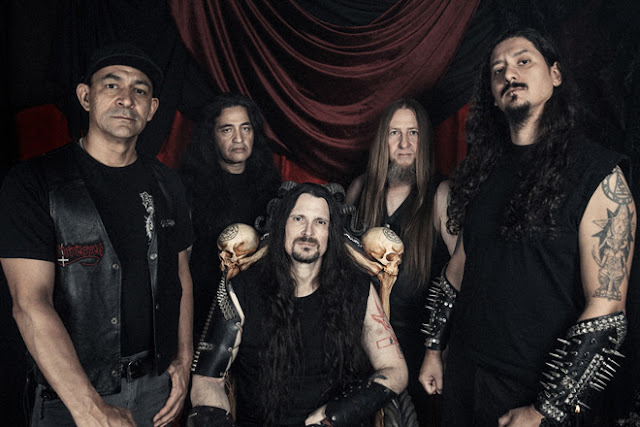 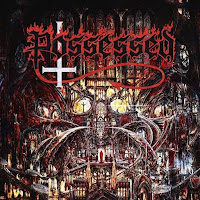 Taking Death Metal back to its old school thrash laden roots with riffs that have summoned Satan 10x  over even he is sent into the oblivion. The first full length album from Possessed in 33 years, Revelations of Oblivion, is a blistering traditional death metal album that answers the age old question, "what would Lemmy sound like if he sung in a death metal band?". Straight away Jeff Becerra's vocals make this album stand out, the gritty growling scream-grunt technique he has mastered will make this an instantly recognisable as a Possessed record, despite the 33 year wait!

As much as it's awesome to have a new Possessed material to listen to, the album as a whole does feel kind of same-y, I love riffs and relentlessness of death metal but this kind of feels like I'm listening to the same song twelve times. There doesn't seem to be much variation or progression in the songwriting. I understand that this is what is considered as traditional death metal, alongside legends Death, but it lacks some reinvention and imagination. Every song goes full steam ahead with no real variation in the dynamics and tempo (bar the odd extended intro). I don't want to be the guy that dines out on previous releases but this is a long way from the high standard that 1985's Seven Churches set. While Omen sticks out to me as the song that bucks the trend, for a 54 minute album it stays rooted in the same death metal songwriting formula. I know Possessed mainly sing about Satanism, but even that got a bit dull towards the second half of the album. With something as multi faceted as Satanism with many avenues to explore, sticking with 666 and Satan feels a bit dated these days.

From a production stand point, the album is produced pristinely and everything sounds massive but overall there is a real lack of experimentation in the sonic space (bar Omen's intro riff and the song as a whole as it is the only song that seems to buck the trend of the album). By comparison to Seven Churches and 1986's Beyond The Gates the guitar tones sound the same all the way through with a bit of reverb here and there. The only really interesting things were done with Becerra's vocals, given his vocal style the reverb that was put on his voice actually suits the delivery and the short section in Omen where his voice gets pitched lower are the only things that pricked my ears up through the continuous barrage of distortion.

It's great that Possessed have made their return, but for me personally this album is quite stale and leaves you waiting for it to finish by the time you get to the second half of the album, there's no real flair or variation and I expected a bit better from them in all honesty. Not an enjoyable album for me, which is sad considering the calibre of Possessed.

Possessed - No More Room In Hell