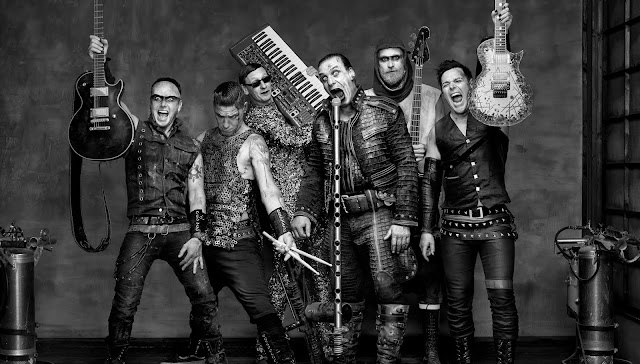 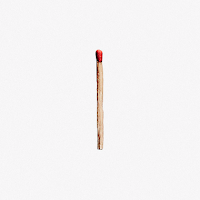 As you could tell by my review of Deutschland, I was pretty hyped for this album. I have not been disappointed at all. RAMMSTEIN, feels like culmination of six previous studio albums with the best parts from each cherry picked and packaged into one. It's equal parts experimental and typical Rammstein, and I am insanely jealous of all those of you have tickets to their sold out arena tour as some of these riffs will bring down stadium roofs. I have to say that for 10 years in the making, Rammstein have spoilt us, and this album is a prime demonstration showing that after 25 years they are still operating on a different level.

Overall production wise there is a lot there to be analysed and admired, for starters Flake's electronic parts are more audible and present in the mix. Which is awesome as I feel like they contribute a lot to Rammstein's sound and they're now being shown off in a way that they deserve. I think this maybe down to the producer change, with the band opting not to work with Jacob Hellner (who has worked on every Rammstein release from  Herzeleid to Rammstein: Paris) and instead working with Olsen Involtini. This change has opened up the Rammstein sound to new ears, and it has definitely paid off in my opinion as this is unlike any Rammstein release that I've heard before. Everything sounds so much grander yet still undiluted and unadulterated Rammstein. From drums right through to the vocals the mix does such a good job of helping me visualise a Rammstein live performance (pyrotechnics and all) and with some albums it does feel like it should only be played in a studio setting, this one definitely doesn't!

Musically, as I previously mentioned it's like Rammstein have gone through their back catalogue, picked the best bits and combined them all into a complete package of undisputed Rammstein material. On the other hand, its unlike any other Rammstein albums that I've heard before, there is a more experimental element to it and you listen to the whole album through a few times and you end up going deeper and deeper into the album. Till has really pushed the boundaries of his range, Kruspe and Landers riffs sound a lot more unique and compliment Till's vocals yet stand out on their own. The rhythm section through out the album is tight and I think is the main basis as to why there is so much more experimentation on this album, the unshakeable foundations provided by Riedel and Schneider. There is a real attention to detail, a significant amount of care and a wealth of songwriting experience that has been drawn on to deliver this album and as I've said, well worth the 10 year wait.

Lyrically, it's controversial as ever. It's Rammstein, so what did you expect? I do think the mysticism of Till's poetry is lost on us non-German listeners somewhat. Reading the English translations is all I have as I'm not fluent in German, and they do lose some impact but then when placed in the context of the song you get the general gist of what Till is expressing. Exploring themes through German history in Deutschland and Radio, being a foreigner, tattoos, child abduction to heavily criticising the Catholic Church amongst others there is a lot of heavy subject matter to digest. Till is a master story teller as well as social commentator in my opinion, as this subject matter is obviously rooted in some of his observations of the world.

To conclude, this album has been carefully crafted and well produced, all good things come to those who wait and we've certainly been rewarded for our patience (hang in there Tool fans). I've listened to RAMMSTEIN four times start to finish already today. I'm so happy that the German juggernaut is back and firing on all cylinders again! If you haven't already, get you ears ready and blast some Neue Deutsche Härte in your ear drums! Willkommen zurück Rammstein!