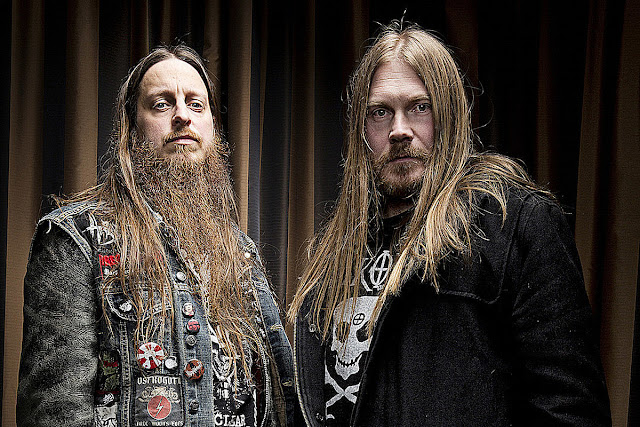 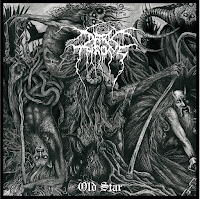 
Review
Rating (out of 5🤘): 🤘🤘🤘🤘🤘
Favourite Track(s): The Hardship Of The Scots, Duke Of Gloat, I Muffle Your Inner Choir

Mighty Darkthrone are back with their 18th studio album and keeping the 80s metal sound of Bathory, Celtic Frost and Hellhammer alive in new album Old Star! Another awesome album from the black metal legends, a consistency that we've grown to know and love from them. While Darkthrone do whatever the fuck they want with their music, no matter how far away they go from their roots, it always sounds like Darkthrone, Old Star is no different. It brings the darkness, doom an evil through hypnotic and crushing riffs. There is a sanguine yet melancholic feel to this album, which adds some emotional complexity to the album alongside its 80s inspired riffs.

Musically, there is a lot of Black Sabbath-esque, doom influences. With many of the riffs reminding me of Sabbath's Paranoid (1970) and Master Of Reality (1971) albums. This can definitely be heard on The Hardship Of The Scots and title track Old Star. Even though there is still a lot of anger and grit in this album, the duo themselves have grown up in their songwriting and write music that is inspired by what they're listening to at the time (if you look on the Fenriz Metal playlist on Spotify there are a lot of songs from the 80s in there!) and putting a Darkthrone twist on it. The music still holds that crusty "don't give a fuck what you think attitude" that Darkthrone have become known for and to be honest more music needs that attitude in this day and age. I love how slow and riff based they've kept it, similar to 2017's Arctic Thunder to be honest I don't think Tundra Leech would have sounded out of place on this album. It also has a feel similar to the riffs on 2010's Circle The Wagons. Alp Man makes me want to revert to my inner cave man and drag my knuckles across the floor, it has that very primal feel that echoes through the whole album. Musically this is a very doom laden album with shades of the Darkthrone style black metal, but I think they've got a good mix of both in there, reminiscent of Celtic Frost and Hellhammer.

Production wise, I can hear and instantly recognise that tape hiss. It's beautiful and what inspired my sound with Vanaheimr. Fenriz stated on the technical elements of recording Old Star with their Necrohell 2 Studio set-up;

"We just invested in a very expensive MINI studio back in 2004. We can lug that thing around semi easily, so we can record anywhere really. We still have to engineer ourselves with a little/lot of help from friends to make it happen. We need electricity and a place to be left alone, but if it becomes to difficult (we live far apart), we might have to go to a regular studio again so we don’t use all the energy on un-music related stuff. It won’t matter much; it’s the riffs that come into my head and the ones I chose from those that will end up in the songs — that is the real deal here. As far as cutting demos, the albums are more like demos if you ask me. My ideal situation would be like in 1993/1994 for Darkthrone, where I had all the equipment set up in my living room and also the Necrohell Studio where I could record immediately after I made a song. Like Jay Reatard did. But those days are long gone, 25 years ago now. SULK." (Fenriz, 2019)

Which to me says, "We still do it our way" which is what I love about this band, and 30 years on they are still the original metal DIY musician/engineers that inspire so many people like me to make music from their bedroom. The gritty, not over produced sound really gives this (just like all other Darkthrone albums) an edge as it's a unique sound from where ever they recorded it.

I really like this album, mainly because it's Darkthrone and I just really love what they do, but it really brings me back to what I first loved about metal, that rawness and impending doom which would weirdly make you feel powerful. This is definitely an album I'd give to someone and show them what the raw core of metal is. Check out Old Star now!