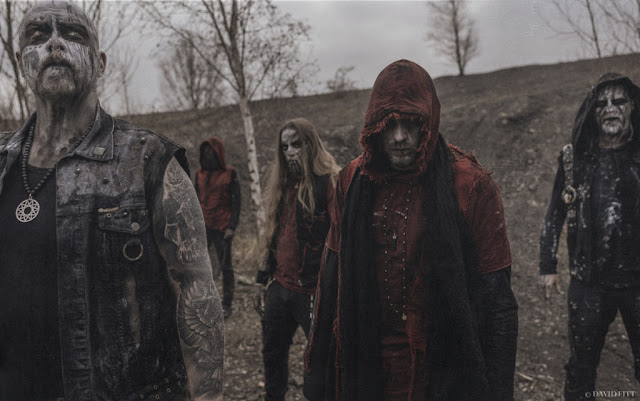 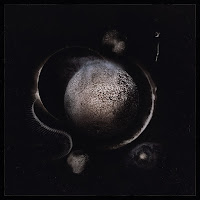 Enthroned is a name that is no stranger to black metal fans. For 25 years the Belgian outfit with 14 very notable releases to their name. Cold Black Suns is their first release since 2014, and their first on new label Season Of The Mist. With the bands constant revolving door of members, this incarnation of the band has released a cold and dark album that even in the middle of June made me feel like my body was covered in frost.

Musically, it has a very strange feel to it. I felt tense listening to it but it's nothing out of the usual black metal norm compositionally. I definitely get some Blut Aus Nord vibes from this album, as a lot of it sounds chaotic and relentless, especially in Smoking Mirror. Due to this cold, seemingly industrial sound, if you're listening to this on a particularly rainy day like I am, the pathetic fallacy is quite something. There are a lot of outside influences I feel on the riffs to this album, while it does stay within the realms of black metal, I also feel there is a heavy doom influence. With this in mind, combine the doom filled chords with the icy, melodic drones over the top and you have a very heavy and dark musical passage. On top of those you have the more synth sounding layers that add to this cold, impending doom that you feel throughout listening to this album. These elements are also captured in Son Of Man. In contrasts with the more extreme sections, the dynamics of this album are pretty consistent all the way through, nothing too out there in the way of weirdness but the consistency definitely helps build up the atmosphere of the album. I do wish there was more of the chants throughout the album similar to the ones in Oneiros, that would have definitely added more to some section. With this album Enthroned have moved away from that blackened death metal sound that made up 2014 release Sovereigns, and instead they're branching out more into the avant-garde.

The first thing that I want to praise from a production standpoint is the use of reverbs. The selections and use of them is nothing short of the higher echelons of atmospheric production. The swells and decays are perfect for creating that dark, cold cavernous sound. What also peaks my interest is the drums, the half man half machine that is Menthor has certainly not made it easy to EQ the kick and snare. The kick has a bit too much click in it for my liking but within the preciseness of the album it definitely needs to be more clicky so you can keep track. I think the snare could have had a bit more of the snare sound in it as I think it sounds a bit too hollow for my preference, a bit more snare would have tightened it up that bit extra. Guitar wise, the cleans are sharp and cut through the reverb, the more distorted tones sound warm but very aggressive, I'd love to know what they used to generate these tones. Overall, its a very professional sounding album, considering it's black metal, but that would support my argument about the band possibly exploring the more avant-garde side of things where everything has to be more precise so you can create the desired effects on the audience.

Its great to see Enthroned have experimented somewhat with their sound, so much so that I actually feel like the sun has collapsed in on itself while I've been listening to it. Definitely an album I would recommend if you want to feel evil!