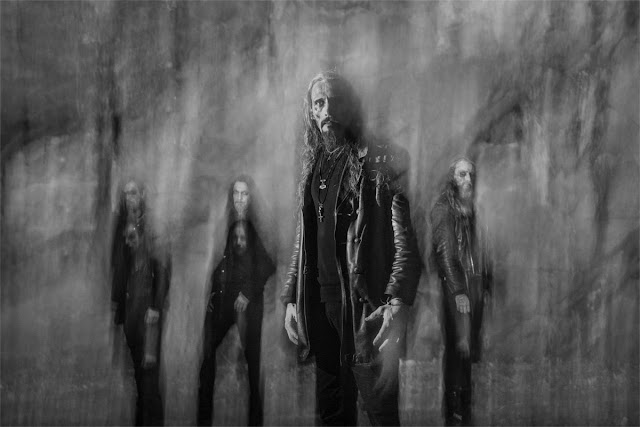 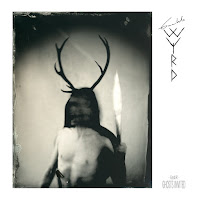 Gaahls WYRD - From The Spear

It's been 4 years in the making and in 2019 we can finally hear what Gaahl has been up to! Gastir is an equally strange and interesting album, that incorporates black metal with haunting synthetic atmospheres and Viking style chants to create a very obscure album indeed. With this in mind, it certainly makes me feel like there is an ancient Norwegian presence in the room with me as I listen to it! The word WYRD derives from and Anglo-Saxon concept roughly corresponding to fate or personal destiny, with all the recent news of Gaahl coming out as gay, I can only speculate that this album has been a personal journey for him as it shows him at his most experimental with his musical past in my opinion.

Musically, for me it does sound very similar to or influenced somewhat by the Skuggsjá and Hugsjá albums by  Ivar Bjørnson & Einar Selvik just with more focus on the metal side rather than the Viking music side (conveniently Gaahls WYRD and Ivar Bjørnson & Einar Selvik are both on the Season Of The Mist label, and Gaahl is a former member of Wardruna). The increasing presence of clean vocals throughout the album was initially surprising for me given the riffs and melodies behind them but then I shouldn't have been, being the massive fan boy of Wardruna that I am I should've expected him to do clean vocals. Either way, Gaahl's vocals are haunting and epic in equal measure, the build up in Carving The Voices is testament to this. I think what I like musically about this album is the changing dynamics, when you see Gaahl's name you jump straight to Gorgoroth and God Seed but this is a refreshing reinvention I feel because it is not the usual black metal onslaught we are used to hearing behind Gaahl's vocals. The album definitely stands out from the rest of what I've heard this year already and it has been awesome to hear Gaahl in a new light with a new perspective.

I think a lot of this albums obscurity and mystery comes from its production. The way it has been put together really helps deliver the messages and themes in the songwriting, emphasising the dynamics of the songs to create that haunting atmosphere. The selection of guitar effects is a smart aesthetic choice, as the reverbs and modulations involved in some of the more obscure sections of the songs definitely catches my ear and emphasises the heavier sections when they come back in. Whilst is does sound instrumentally that there are black metal recording and mixing techniques in there, overall it feels like an obscure, alternative strand of atmospheric black metal. Alluding to my point about it sounding similar to the Skuggsjá and Hugsjá albums by  Ivar Bjørnson & Einar Selvik. The layered vocals have this really cool cathedral chorus sound that I really love too, I can't really explain it though, just one of those things you hear and think "damn that is good".

The only thing I don't enjoy about so much is weird crackling speech thing that Gaahl does on a few of these tracks. I really enjoy his operatic style of vocal as he has the right voice for it. When it goes into this weird talking type growl thing for a long passage is just feels a bit out of place for me, almost a half job like he doesn't want to growl but he does, if that makes sense.

Overall, the album is refreshing and definitely something different, its grown on me the more I've listened to it and it's awesome to see Gaahl back in action (even with that really intense creepy stare he does). I'd recommend this album if you want some more avant-garde-esque metal, or just want to feel wyrd.