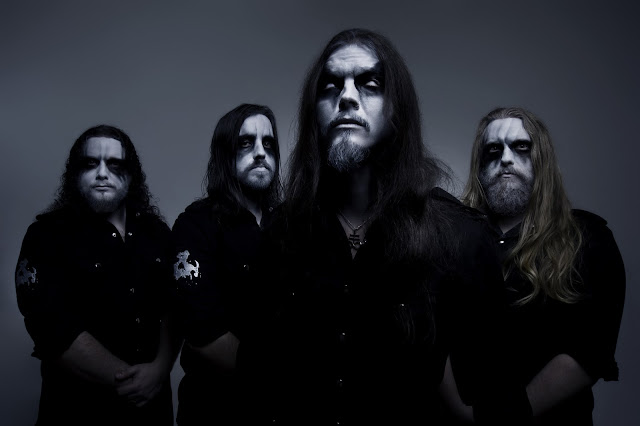 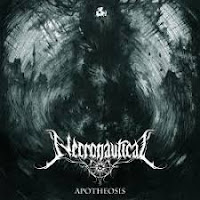 From the depths of the dark North West of England, Necronautical make a triumphant return with new single Nihil Sub Sole Novum. Bringing their distinctive and unique amalgam of extreme, melodic, aggressive music and in depth exploration of concepts surrounding death, history and mythology to unleash hell once again. I first heard of Necronautical whilst watching a documentary on British black metal and I was very impressed by their sound and imagery. If it's one thing that the English can do well it's create this impending sense of doom in the most gothic of settings and Nihil Sub Sole Novum is no different. This is a song that stands out because of its subtitles and complexities  as well as its raw power.

Musically, I get gothic images of decadence, grandeur and ornateness packed into a pandoras box of torment. Once this song opens up and gets going you cannot withstand the torrent of unrelenting force that comes crashing down upon you in the best way possible. It's a song that has been summoned from the depths to really strike fear into us mere mortals. The slow build in the intro growing into the eventual onslaught of blast beats and discordant riffs is done to perfection. My favourite parts of the song are the mighty and epic choral parts, as they sound so melancholic and eerie that it really feeds into the songs gothic and evil vibe. They also remind me of some of the songs on Kampfar's Ophidians Manifest. The songs soaring melodies over rampaging chord progressions really stand out and the groove breakdowns in between the more chorus type sections really get your head moving. The song has a very big attention detail on the atmosphere and it really shows, this puts my vivd imagination to work as I explore the darkness of the song.

Naut's vocals are phenomenal on this song. They're full of grit and power, and I love the mix that they've done on them. The reverb makes it feel like he's bellowing his message across the world's mountains and oceans. Nihil Sub Sole Novum translates as Nothing New Under The Sun and I can feel the nihilism and disdain in his voice as he delivers the lyrics which really gives the song it's emotional weight.

The rest production is also spot on. The sonic space is used to its full potential as the song wraps itself around you. I love how well the low end and mid range blends together to really give the higher frequencies an incredibly solid foundation to float over the top of. The drums pack some punch so much so I can feel the kick thunder through my ears, and when it locks in with the bass there is a lot of heavy beef in there. The reverb tones on the lead guitar sticks out to me as it fits in line with everything else, which essentially feels like the song has been contained in one place and I really like that. I know myself that when I've played around with reverbs they can make it sound awesome but don't necessarily fit the song, so I commend the efforts on this one.

Necronautical are great ambassadors for British black metal, proving that the homeland of metal can also through big punches in the ring with our Scandinavian counterparts. Nihil Sub Sole Novum is an awesome song and I can't wait for the album to land!
Single Reviews