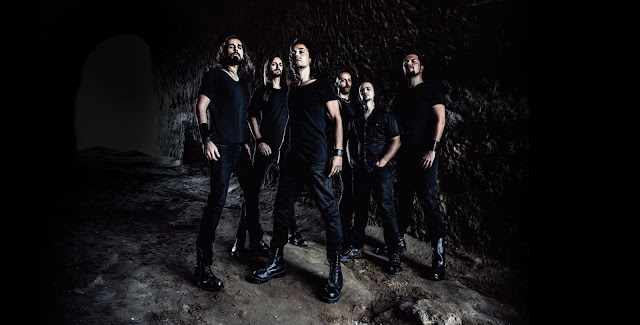 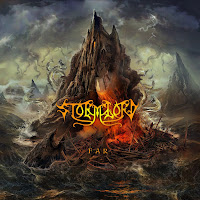 Another epic Italian band hailing from the mighty Rome! Stormlord bring the orchestra into their blackened death metal and power metal fusion into their embrace to devastating effect with new album Far. With highly a professional production, Far is an elaborate and powerful performance from the Italian veterans. Taking us on a journey through history and mythology this album is definitely one for fans of Amon Amarth and Sabaton.

The album has a very unique sound, with some passages making me think of Amon Amarth and others Sabaton, it has this weird mix of the epic and the brutal (melodic death and power metal, if for some reason you don't know those bands and loved under a very heavy rock for the last 25 years) but with everything black metal in between. I think Invictus stands out the most for me because of the way they used the choir, it reminds me of the Dragonborn theme from Skyrim with how low but triumphant they sound (Given that Invictus means "unconquerable" that would make a lot of sense really). In contrast with Levante where the choir sounds a bit more solemn. Again, I've been massively impressed by the compositional and arranging skill that these types of bands have, everything works together harmoniously and knowing how difficult it can be to get orchestras and metal to really work together just makes it even more admirable. The bass into to Sherden has to be one of my favourite bass lines that I've heard this year, got a nice little groove that sets you up for the main riff. The music definitely takes you on a mediterranean adventure, from the soaring mountains down to the coast, strangely it does bring back a lot of memories from my trips to Italy and Malta, that might be down to some of the scales they use, possibly Phrygian mode but I'm too caught up in the epicness of the album to really work it out! I think this album could stand out on its own as an instrumental one as well, as the scores behind the main metal music are phenomenal, not to mention the harmonies in Cimmeria (which are stunning).

The production value is insane on this album, the low end especially it tight and controlled and it really balances the high and mids out yet it stands out on its own as well. I love the chunky overdriven/distortion thing the guitars have going on, although they mostly play rhythm style riffs because the melodies are carried by the symphonic elements. As you can probably tell by now anything with a well mix choir in it is a guaranteed way to win my heart, that is exactly what Stormlord have done here, I do wish there was a bit more choir parts in there but the orchestral parts make up for it so it balances it out. The kick for me has just the right amount of click throughout the album and has a lot of balls in the bass, that sort of 50Hz, feel it through your chest balls if you heard it live. Whoever mixed this album needs to be congratulated as I think they've taken the songs, seen the vision and properly executed it and because of that the whole album sounds huge yet elegant in the places that require the softer touch. Overall, I love the mix of the album, I cannot really fault it on anything, it all fits together seamlessly.

This is another phenomenal album that has crashed out the gates of Rome to conquer the world. Symphonic black metal is definitely in good hands (as is symphonic death metal, check out Veleno by Fleshgod Apocalypse). So, if you like your history and mythology told to you with a dash of epic symphonic brilliance and the brutal rawness of black metal, check out Far by Stormlord now!