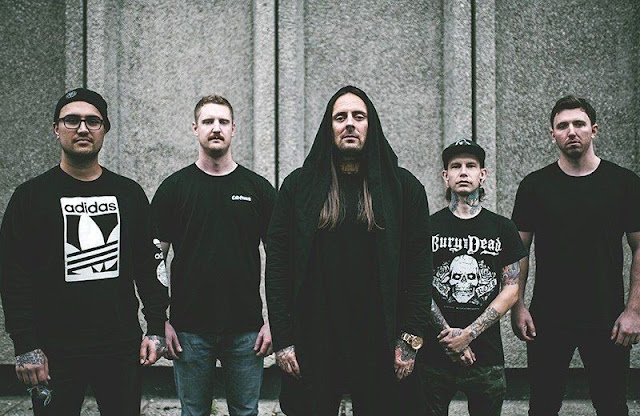 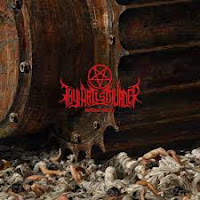 Thy Art Is Murder - Human Target

Following up 2017's Dear Desolation was never going to be easy for Thy Art Is Murder, but with latest singles  Death Squad Anthem and Human Target, the Aussie deathcore legends are back with relentless brutality! Its definitely been a good year for deathcore so far with Whitechapel, Carnifex and now Thy Art putting out awesome albums/singles and proving why they are all still top of their game. While Whitechapel have experimented with their sound Thy Art have stayed true to their roots and demonstrated the quintessential deathcore sound to devastating effect. I think out of the two songs I lean towards Human Target more, as it has this really gritty intro riff  and for me packs more seething venom. Not to discredit Death Squad Anthem but Human Target sounds like Thy Art at their ball busting and brutal best.

Musically, Human Target reminds me of early Thy Art, that discordant, heavy sounding riff and blisteringly fast tempo, as the first single off of the new album it definitely started to get me hyped up for the album. CJ's voice is sounding savage on this single bellowing out "everyone is a fucking target" makes you want to jump in the pit and cause some absolute mayhem and wreckage. The intro to the song definitely brings me back Dead Sun of off 2012's Hate album, it has that same gritty distortion in combination with the Dear Desolation track The Skin Of The Serpent. Overall, I definitely think this would be an awesome song live, you pick your target in the pit and go hell for leather! By comparison, Death Squad Anthem feels a little underwhelming. For me it just doesn't have the same ferocity as Human Target. That doesn't mean to say that it's a bad song, I love the chorus groove that is going on. Still, it just doesn't feel like it has an oomph to it, except in the break down where it demonstrates the Thy Art we all know and love. I do get some Holy War vibes from this song though, with the lows that CJ uses, the chorus seems to fit that Holy War formant too.

The drum production of both the songs is tight, especially the way the cymbals sound, every crash and ride cuts through the mix at just the right amount. Despite this everything does feel quite condensed and in your face, but then again I think that's the point, all the riffs are emphasised in the low end to make the songs feel heavy as possible, which is only a good thing. With that in mind the more lead type parts  that appear now and again (mainly in the intro) and small solo sections are elevated above the colossal chunk omitted by the main riffs.

This is an awesome set of singles from Thy Art and it's great to have them blasting my ear drums again. They stay relatively safe in the confines of deathcore is (maybe Thy Art don't feel like doing a Whitechapel just yet and that's ok) but when you need to release some pure aggression these songs will definitely help. New album from Thy Art drops on the 26th July and I'm looking forward to the brutality that is in store!
Single Reviews