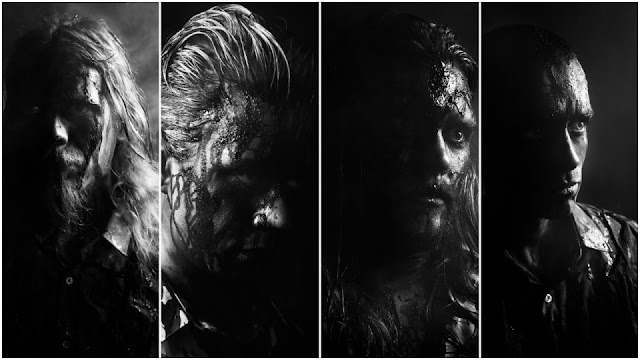 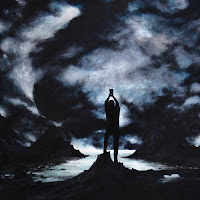 This one regrettably nearly flew under my radar! Which is lunacy and heinous in my book, as Misþyrming were one of the first Icelandic metal bands I found when I started listening to black metal as I fell in love with 2015's Söngvar elds og óreiðu. Misþyrming have always been a mysterious band with ominous, doom bringing music that mystifies you and leaves you wanting to know more. Singing in Icelandic adds to this sense of mystery and darkness. The isolated island in the Atlantic ocean has brought us many great bands, the wonderful brewery Einstök and this phenomenal album that puts me amongst the fjords and volcanoes of Iceland.  Algleymi is strangely melodic yet ruthless in its approach and is fast becoming a firm favourite of mine.

Musically, the album has a very atmospheric, melodic and possesses a progressive feel that is encased in this monstrous belly of darkness that is black metal. It will definitely satiate your appetite for something epic and haunting whilst being raw and ruthless in its approach. With soaring melodic leads and pounding rhythms it is the perfect mix of atmosphere and black metal in my opinion. I think what I like about it the most is the fact it doesn't try too hard to be atmospheric, the atmosphere that the music create seems to be generated organically and it shows. The opening track Orgia lays it all out for you really, with this haunting choral melody that surrounds the main riff in what I can only assume is the chorus sections of the song. In songs like Allt sem eitt sinn blómstraði, Ísland, steingelda krummaskuð and Og er haustið líður undir lok the dark melancholy of the melodies really stand out in front of this gritty back drop of discordant chord progressions and although it creates a tense feeling inside it's also quite beautiful to behold. As I've mentioned a thousand times before, I love it when bands sing in their own language as I feel it gives the music and extra edge, the scenario is no different with Algleymi. The music and the lyrics capture a cold and unforgiving picture of the Icelandic landscape in my mind, and I feel the bleakness of that landscape has provided some of the inspiration for these ruthlessly aggressive and melodic songs.

Production wise, its produced quite cleanly but where the songs feature a lot of chords and melodies in the higher registers there is a bit of harsh roughness to it that I enjoy. The drums are tight but they feel a bit flat in comparison to some of the other black metal records that I have heard this year. Despite that the kick it thick and chunky so that kind of equals it all out as it is a fairly precise bottom end. I really like the guitar tones, mainly for their icy and pristine clarity, it feels like they've taken extra care to dial the tones in correctly to put that extra emphasis on the riffs themselves. One thing I miss on the production of this record is the rawness that was on 2015's Söngvar elds og óreiðu. I like the fact the band have gone for a cleaner production route but the original roughness of Söngvar elds og óreiðu, and to some extent 2017's Hof, really stuck out to me when I first started listening to the band but Algleymi has more qualities of a blackened death metal mix in my opinion. Its not a bad thing but I love that grit from their earlier records.

I can't believe that this album nearly flew completely under my radar and I'm so glad I've had the chance to listen to it! Iceland and black metal go hand in hand so I can't wait to hear more of Misþyrming in the future!