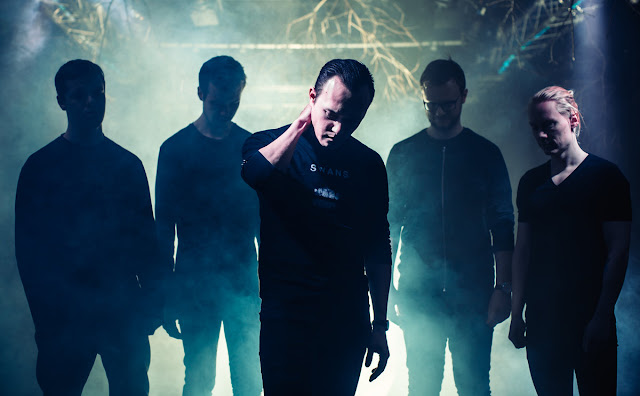 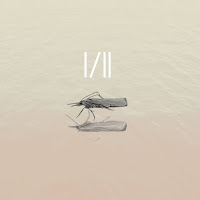 After a scintillating performance video of the band playing the Danish Music Awards show and frankly leaving the audience stunned with the sheer awesomeness of their music. I had to dig a little deeper into this band and what I found was brutality and elegance going hand in hand to create some of the most breathtaking music that I have heard for a long time. With soaring atmospherics of shoegaze accompanied by the savage rawness of black metal, MØL in my opinion has redefined modern atmospheric black metal/shoegaze with this release. Even though this is technically their first two EPs put together there is a distinctly softer side to MØL in comparison to their debut album Jord.

There is a lot going on with this album musically, so many intricate parts and passages that really take a few listens to work out what the hell you've just heard. With a multitude of elements deriving from black metal, progressive metal/rock and shoegaze it can be a lot to take in on the first listen but I was left in awe. The sheer scope of sound just fills your head on a grand and beautiful scale. As a fan of bands like Alcest, Les Dicrets, Lantlôs and Amesouers it is hard to find bands that match up to that sort of vibe and standard, MØL just blew all my expectations out of the water. From the more progressive songs like Airy to the more fierce Atacama there is something in this album for every metal fan willing to explore its multi faceted structure. For me although the synth pad elements are stunning there is an uncompromising rawness to every song. Melodies feel very nuanced and thought out which really makes them stick in my mind, some of them have this weird happy feeling over these dark sounding chord progressions which is really interesting to listen to. They tend to be more on the progressive side with their rhythm and structure which really bounces your mind all over the place when the chords underneath are fairly straightforward. The oddest song for me was Sundrowned as it has this weird chord breakdown part that sounds fairly indie or punk like, but that offers this amazing contrast as you don't expect it halfway through the song. The frequent use of  legato almost droning notes in the background of most songs offer some interesting dynamics and emotions to the overall feel of the music and it reminds me a bit of Lambda and Virga off of 2018's Jord. In comparison to Jord this is definitely a softer side to MØL that I really like.

With that many elements and layers to their songs, the mixing must have been an intensive and interesting process to go through. I love all the guitar tones distorted and clean as I think they have been dialled in precisely and the band instinctively know which tone will sit where. To me it sounds like the band are using eBows to create those soaring not guitar-like at all sounds that sit above everything else in the songs. That in itself is fascinating to me as I love the sound of them, or it's just a really good reverb/chorus/ensemble and neck pick up combo, either way the album will keep its secrets. The drums for me are super tight sounding and hit all the right spots for me with drums. The cymbals don't get drowned out by the massive amount of reverb and the high end frequencies as a result of that. Overall, I love how consistent and tight the mix is of this EP, its the complete package of a well managed frequencies that make it super easy to listen to and fully appreciate.

MØL are a very unique band with a lot going for them, so if you haven't already check out I/II and Jord and you won't be disappointed! The are the next trailblazers of blackgaze and I rate them highly!