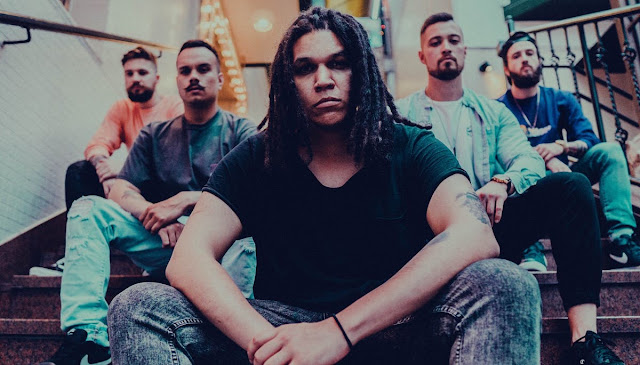 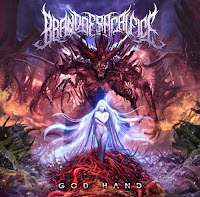 Brand Of Sacrifice - The Branded

Where do I even begin, one of the hottest up and coming brutal death metal bands that bring flavours from all over the extreme metal cuisine into one mighty monster serving of face melting brutality. An uncompromisingly crushing take on the death metal/hardcore hybrid alongside the incorporation of a choir, traditional instrument arrangements and electronic elements there is plenty to get your head around with these guys. Pure aggression and ruthless execution makes this a phenomenal yet refreshing album to listen to. This is the breath of fresh air that death metal has needed from my perspective as the band branch out into the unknown experimenting with all sorts of elements and assembling them into a machine set for world domination.

Musically, I honestly don't know where to begin with this album, as I need to pick up my brain and skull off of the floor and piece it back together. With a complex reworking of death metal and hardcore style elements I think there is something for every extreme metal fan to like in this album. As well as that some of the more unorthodox elements like sitars and choirs that can be heard on interlude track Hill Of Swords, offers a glimpse into the compositional diversity that the band has at its disposal. Claw Marks is a perfect example of this combination between intricate riffs and monumental breakdowns intertwined in more unconventional instruments like a sitar. The second interlude track After Image, offers a more soundscape like interval between the crushing blows that the riffs have dealt us, so when Beast Of Darkness kicks in it starts with devastating effect (like 99% of this album to be honest). The obscure and abstract electronic elements give the album these extra layers of depth. They drift over the top of the chunky and bludgeoning riffs below it yet also have as much impact as the riffs them selves often manifesting in between the rests in the guitar riffs. The ominous outro to title track God Hand leaves you wanting more without a doubt but it is wether your ears and brain can handle it for starters. This experimental heaviness is a refreshing take on death metal for me, there is lots to pick out and every time you listen to the album you hear something you missed and for me this is a sign of a very well written album. Despite its 26 minute run time this album is packed to the absolute capacity with every track.

The production standard of this album is phenomenally high, considering the wide variety and picture of elements that have had to be pieced and layered carefully, to make sure none of the key features get lost in the mix. It does carry on in a similar production fashion to 2018's debut EP The Interstice (which is an incredibly brutal EP in its own right). The album as a whole sounds absolutely huge in every aspect, from the drums through to the vocals the whole album encases you in its brutal sonic world. The bass tone really stands out to me, slightly distorted but chunky along with the drums there is cement and solid bone foundation for the rest of the tracks to be built on. From a guitar stand point, there is the perfect amount of distortion on them, they don't muddy up the mix in the mid range and execute their divesting riffage immaculately. Mixing the guitars and electronic elements must have been a task and a half having to make sure one didn't drown the other out or invade each others space in the high and mid ranges. Overall this is a phenomenally mixed album that I'm still trying to get my around, it has taken multiple listens to even attempt to write this paragraph.

Brand Of Sacrifice are a very exciting band and I am expecting big things from them in the future. This album is a refreshing and savage take on the death metal/hardcore packed full of ferocity and pig squeals. If you haven't already, check out God Hand now!