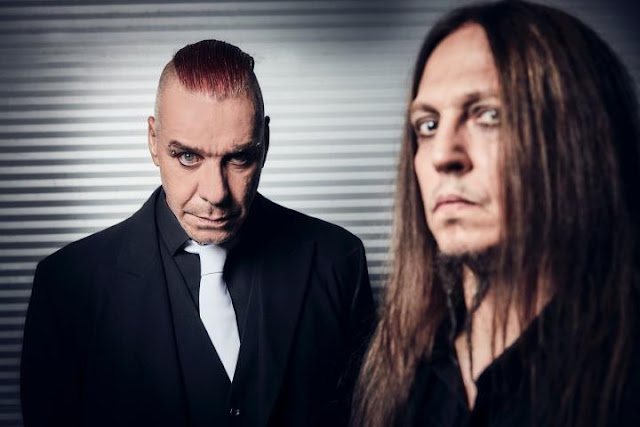 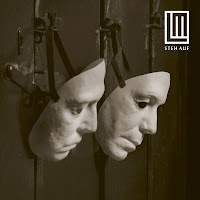 The German Swedish mega-combo is back in action as Lindemann return with a massive new song, Steh Auf (which means Stand Up for us non-German speakers). Its hard not to compare anything that Till Lindemann to Rammstein as his deep vocals have become synonymous with the German metal giants, but Lindemann gives us a taste of something similar but different. That injection of Swedish metal pedigree from Peter Tägtgren (of death metal band Hypocrisy) opens us up to something ultimately more epic.

Musically, in my opinion the song carries on from where Lindemann last left off with 2015's Skills In Pills. With the song structures composing of calmer intros and verses opening up to massive orchestral choruses, for me feels like the writing template for the project. Although that sounds fairly simplistic, but it's how Lindemann write these sections which is important and key to their sound. There is a terrific understanding of melody and harmony in Steh Auf and thats what makes the song so gripping, with the aggression ramping up with every bar so it seems. I think this is due to Till going back to singing in German, I like it when he sings in English with this project but his real vocal clout comes from him singing in his native language in my opinion, because of that the song really does make you want to Steh Auf und Tanze. I really like the orchestra and choir parts and their arrangement in this song, it gives it this real epic feel yet because they're used intermittently it also gives this song a really obscure feel (which is reflected in the fever dream that is the video). The song is a combination of all sorts of influences, and I think it better demonstrates the songwriting pedigree that Lindemann and Tägtgren have now they've been really working together properly. The song feels a lot more developed and thought out than anything on Skills In Pills in my opinion, with the best parts of Skills In Pills being assembled and updated for this song makes the song feel a lot stronger and substantial. The heavier break down type riff in-between choruses and verses is my favourite as the tone reminds me very much of Swedish juggernauts Meshuggah. Overall, this is a much stronger release from the Lindemann project in my opinion, has the mighty German clout that I love when I listen to Rammstein or Eisbrecher and the articulate musical composition of the Swedish side of the project.

The production is immaculate, which it has to be, have you ever heard any industrial metal with a black metal style mix? It'd sound awful but people are welcome to prove me wrong. The development of the guitar tones through the song is a particular highlight of mine, like I said previously the really heavy tone reminds me of Meshuggah. The strings are pushed to the front in this and personally I found them quite jarring but in the context of the song I think that has been done deliberately, and as a whole they do add something sharp to the song. The drums are also quite tight and precise which really lays the foundations of the riff and adds the some significant weight to it. The way all the elements have been constructed mix wise is also expertly done in my opinion. Everything has a specific place in the sonic space and even though the song is very in your face, there are some very subtle bits in there too that you discover with each listen. Overall, a very professional and considered mix that really gets the one across and demonstrates the progression of the Lindemann project.

If you haven't already and need a dose of a German-Swedish hybrid industrial metal beating, check out Steh Auf now!
Single Reviews