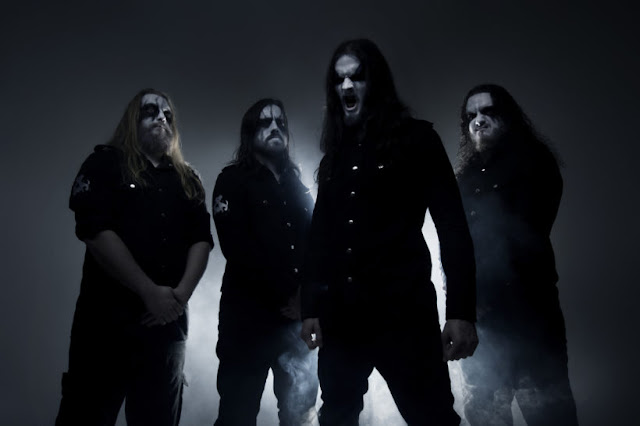 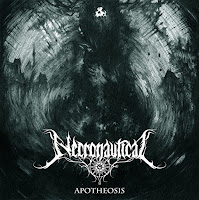 Necronautical -All Is Vanity

Review
Rating (out of 5 🤘): 🤘🤘🤘🤘
Favourite Track(s): All Is Vanity, Nihil Sub Sole Novum, Lure Of The Abyss, Here Begins The Fall

A haunting and mesmerising album that is sure to stir the demons of discordance in your blackened soul. From soaring symphonic melody to crushing brutality, Necronautical are back with an exquisite new album that demonstrates the raw power of English black metal. With themes of existential death and nihilism running through the album, it is sure to make you ponder life's meaning accompanied by the frost and bone-chilling ice that this album contains.

Musically, there are all the hallmarks of symphonic black metal in the vein of Emperor and Dimmu Borgir but with a slightly more heavier sound. The riffs in this album are; heavy, chunky and face battering. Equal parts grove and melody, this Apotheosis has a very unique black metal sound in my opinion, with orchestral layers expanding the melody and harmony through the album it comes across as very technically proficient. With that in mind, it is a very exciting listen as you rush through the dark landscape that this album sets out before you. The contrasts between more progressive sections and some more traditionally black (possibly death) metal sections is very blatant in the sense it is demonstrating the band's songwriting talents and capabilities. The best demonstration of these elements are in the songs Nihil Sub Sole Novum and Lure Of The Abyss, both are packed to the brim with epic symphonic elements and heavy riffs that not are not only crushing but melodic as well. Alongside these elements, the album has an overwhelming sense of doom and gloom. This could be  down to the slow waltzing nature of some of the songs, sometimes throughout this album I imagined I was slow dancing with the spirit of Ophelia. There is something very dramatic, ornate, decadent and Shakespearean about Apotheosis. It conjures up these gothic stories, often tragic, in your mind and not many albums have managed to do that to me, this year anyway. I feel that that sentiment applies mostly to Totentanz, which translates to Dance Of The Dead, the song is waltzed through at a very slow and methodical pace and finished with haunting chants from beyond. The acoustic intro to The Endless Spiral has to be one of my favourite parts of the album, especially as the riff transforms into this massive and mournful song to close the album. Overall, for me this is a very triggering album for my imagination which is only a good thing, being able to captivate your audience like that is a phenomenal skill. Apotheosis as a whole, is a finely crafted album.

Production wise, there is a very clean approach to the album. A product of modern black metal production no doubt, but this does mean that black metal would slightly crossover with death metal style production in that sense (we can argue about it later). However, every element in this album from the kick drum to the vocals and everything in between has been mixed and mastered excellently yet still contains this raw epicness. The special attention to reverb is what grabs me the most as all the atmospherics, choirs and orchestral are all finely balanced with the rest of the band to expand on what the band is playing. Too often the atmospherics diminish the riffs because of the over use of reverb, in this album however they are complimented by each other and it really enhances the listening experience. The clean and acoustic guitar tones are my favourite, there has been a real consideration into the tones and effects used on them to again further enhance the listening experience. The distorted guitar tones are everything you'd expect them to be but have an insane clarity that is perfect for driving home the riffs. The drums sound tight but expansive, which just adds texture to the album in more ways than one, mainly really supporting the other instruments and opening up the space for the symphonic elements. Overall, it's an album with incredible mix continuity and puts English black metal on the map for that reason alone.

Necronautical are one of the stand out bands of the English black metal scene, and if you want to listen to some home-grown talent check out Apotheosis now!