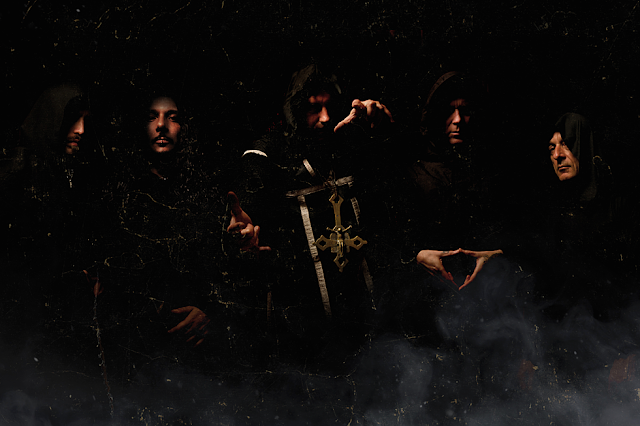 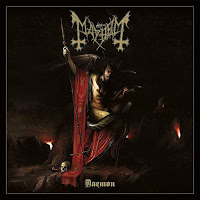 Mayhem - Of Worms And Ruins

That's funny, I too was on my way to kill Euronymous when this album was released. All jokes aside, this is easily one of the most eagerly anticipated releases of 2019, despite using a band member's murder for promo (which is the most Mayhem thing to do anyway). Coming off the back of their 25th Anniversary tours of the infamous and genre defining De Mysteriis Dom Sathanas and straight into creating this Daemon (pun intended) of an album, sees Mayhem return to greatness. Definitely a more complete package than the last two previous releases and following on from some of the bands stronger releases, i.e. 1997's Wolf's Lair Abyss, 2004's Chimera and of course 1994's De Mysteriis Dom Sathanas. This is definitely one of the best Mayhem releases in years.

Musically, you can hear the direct influence of touring De Mysteriis Dom Sathanas as there is something of a refined chaos about it, much like Mayhem's 1994 magnum opus. At the end of the day Daemon is a classic black metal romp, with ruthless brutality and uncompromising riffs that will summon Satan and darkness into the room with you. One thing I've found though, is there is a bit more technicality in the compositions of the songs and the band have really thought about the arrangement of the songs equality contrasting sections between your stereotypical black metal parts and some more atmospheric and experimental, slower parts yet still presenting us with heavy riff after heavy riff after heavy riff. It's a lot more advanced and simply much better than 2014's Esoteric Warfare by a country mile, the only song for me that could possibly stand up next to Daemon from that album would be Watchers in my opinion. There is a lot of tasteful discordance in this album, which in turn makes it sound eerie and evil in the most Mayhem way possible, which convinces me that the band have gone back to their chaotic roots which are sunken deep into blood-soaked earth. After listening to this album a few times, there is this eerie sensation I get that it feels like Dead's voice would have really suited this album, I know he's been literally dead for the last 28 years, but with all the Necrobutcher "revelations" about wanting to kill Euronymous and Varg beating him to it, I went back and listened to (De Mysteriis Dom Sathanas as well as) 1990's Live In Leipzig album again and there is something about the way these songs sound that remind me of that performance, albeit the songs are better recorded. Something about the darkness and grittiness in Dead's voice I feel would have lent to this album. Like I've mentioned before, this could be down to the influence the 25th anniversary tour of De Mysteriis Dom Sathanas may have had. I've still never really got used to the operatic vocals from Attila even after all this time, so I'm happy it only really has a significant appearance in Worthless Abominations Destroyed. Otherwise, the band have brushed away their strange and inconstantly experimental stuff for precise and ball busting black metal with multiple facets and layers to explore like a cavernous cave dungeon or maze of crypts. Overall, this has easily lived up to the hype with me, a phenomenal album from a band drenched in turbulence and darkness, I stand by my comment that this is their best release in years.

From a production standpoint, the only problem with writing black metal and having the money to record your songs to a higher quality is you lose some of the raw, chaotic and untidiness of traditional black metal. That's the only problem I have with this album, in some areas it just sounds a bit too clean and some of their songs lose some of their edge because of it. Besides that, the guitar tones are filled to the brim with high end and mid frequencies presenting us with that iconic Mayhem guitar tone that somewhat salvages the traditional black metal sound left missing by high end production. With that in mind, the bass has a perfect slot to fill and occupy, and it really makes use of this space. Being able to hear Necrobutcher's bass lines in full clarity has been somewhat of a revelation as they seemed to have been sucked into the abyss on previous releases in my opinion. This is also true for the drums, because the album is so expansive (and I can see that they have gone to an extra effort to do this to create an ambient atmosphere that flows through the album), the kick and snare really hold the fort and support everything while the cymbals are allowed to cut through the mix with devastating effect, making every cymbal hit ring out and diminish naturally. Overall, this is a really well produced album but like I say, that lack of fuzzy distortion we'd get from a tape machine has made me drop .5 from the rating.

This has been one of my most anticipated albums of the year and I have throughly enjoyed it, so if you want a healthy dose of Norwegian black metal from the legends that started it all, summon your Daemon now!