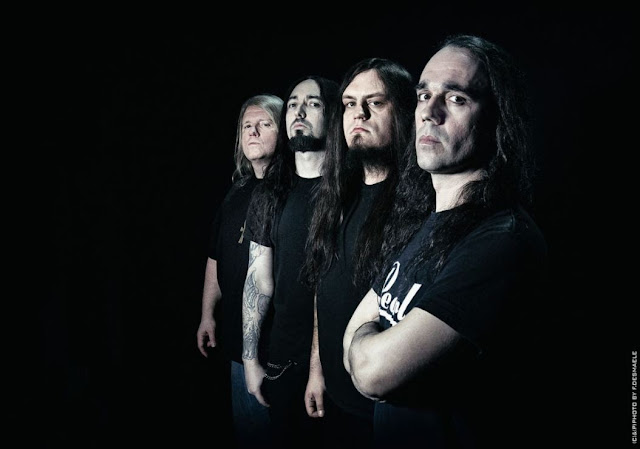 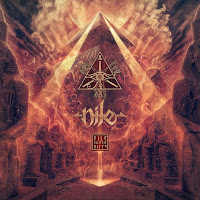 Everyone's favourite Egyptian-Mesopotamia hybrid themed brutal death metal band are back and tearing us new ones with latest singles Vile Nilotic Rites and Long Shadows Of Dread. Equally complex and technical, both songs are sure to get you headbanging in praise of Anubis and Ra. After 26 years in the game, these guys are still churning out crushing Egyptian themed death metal slammers with a ferocity straight from the underworld! Osiris would most definitely be proud.

Musically, both songs are gut wrenchingly heavy and unyielding. With a savage turbulence you are thrown about twenty riffs per second (RPS, is a verified bus journey measurement, please note, it can vary from genre to genre). Still containing Nile's instantly recognisable sound, both Vile Nilotic Rites  and Long Shadows Of Dread, carry on what the band started on in 2015's What Should Not Be Unearthed, moving away from that almost grind core style delivery that the band utilised on previous records. If anything the riffs sound a lot more polished and considered, creeping in some semblance of melody alongside the chugging and heaviness. Even though it may be only little runs here and there, the more melodic riffs are sure to stay in the goop that it's been made into after the battering the drums have given it. Vile Nilotic Rites is my favourite out of the two, as it has this really gritty and dark feel to it, it only just pipped Long Shadows Of Dread to the post by a small margin though. Long Shadows Of Dread in essence is basically the Long Shadows Of Shred, the sweep picking is very tasteful and gives you that look of "ugh" metal face when you hear it (you all know the one I mean). This set of singles it quite refreshing and experimental from the band and I really like that, there seems to be a bit more atmosphere around the songs, I'd say similar to Behemoth in the way it sounds, instead of the bludgeoning death metal that we have grown accustomed to from the band. This is best demonstrated in Long Shadows Of Dread with its ominous intro and outro of tolling bells and tense sound design effects, before ultimately blasting into the riff cacophony of ultimate Egyptian/Byzantine doom. Overall, both songs are sure to be some of the strongest ones on the upcoming album, with leading track Vile Nilotic Rites being a certified underworld monster of a song.


Production wise, the mixes are very crisp and clean, similar to those on 2015's What Should Not Be Unearthed. Even up to 2012's At The Gate Of Sethu, the band had a very raw, almost in the vein of Cannibal Corpse sounding mix to their albums. How ever, much like 2015's What Should Not Be Unearthed, Vile Nilotic Rites and Long Shadows Of Dread have a very professional and heavier mix to them. The riffs sound thicker and more dynamic, and the bass comes a bit more to the front, most importantly everything is not drowned out by a ringing snare that I've heard on some of Nile's previous albums. The mix is consistent in both songs, which gives me high hopes for the album. The guitar tones are spot on, equal mix of chunk and high end clarity, almost a valve-y sounding distortion/overdrive to them. With that in mind it makes them sound warm, which is not something I expect to say about a set of death metal songs! The drums are really tight and precise, with the cymbals sounding quite spaced out in all honest, but that adds some width and space to the song which is always appreciated. While the song mainly sits in the low end, the mid range lows of the vocals feel really emphasised by it which in turn makes them sound more powerful, which I like. Overall, both songs are mixed professionally but still has a sharp, raw edge that isn't afraid to cut you.

I'm really looking forward to this album, not many bands sing about the darkness of Ancient Egypt and the Byzantines! So, if you're looking for a fix of some brutal death metal, check out these massive songs from Nile now!