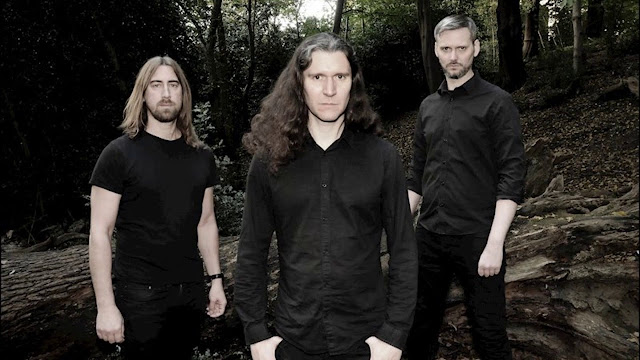 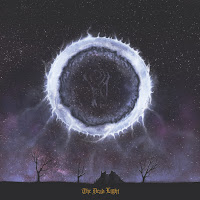 English atmospheric black metal heavyweights Fen have returned with stunning new album The Dead Light. Taking inspiration from the solace and strange beauty of the East Anglian fens this album is dark yet equally mysterious and mystical. Wading through marshes and wetlands, it's easy to see why the band have been so inspired by the surroundings that they grew up in. The isolation and solitude that The Fens bring can also be reflected in The Dead Light. It's definitely one of those albums that you put on to escape from your thoughts and let your soul drift away to parts previously unknown. There is a mystical darkness and melancholic hope that runs through the album that is sure to get you thinking in multiple perspectives.

For those who have never listened to Fen before I can understand that the slow build up of the songs can be a point of contention but for me their intros into the songs are some of the best things about the band's music. There is a heavy focus on atmosphere and imagery, from my perspective anyway, and whilst it may lack some of the more extreme and savagely aggressive elements of black metal it is more than made up for in the use of dynamic textures and divine melodies. There is an air of decorum with Fen's music that I've always admired, there is always a feeling of special attention to how the song will turn out and that comes out of a well structured songwriting formula and routine. I have experienced this in some of their previous releases 2011's Epoch, 2014's Carrion and 2017's Winter all demonstrating this as well as The Dead Light. I also feel like Fen have gone more post-metal/progressive on this release, there's more of an experimental element, I think this is best shown on Exsanguination with the intro and then progressing into clean vocals. With this in mind, I think Exsanguination and Rendered In Onyx are very Alcest like but much darker, so in my own warped universe Spiritual Instinct and The Dead Light are the opposite sides of the same coin. This is an interesting concept for me as I sometimes pair bands like this together as I believe that they are contrasts with in the same genre, which can the help me formulate my own ideas and inspiration for my own music, a musical even diagram so to speak, I digress. The compositional transitions between sections has to be admired, throughout the album there is a definitive pattern of peaks and troughs in the album's momentum and in my opinion they are timed perfectly within each song. When either a quieter or louder section finishes, it finishes just when you want to hear more of it, leaving you waiting for the next big momentum shift. This creates a diverse atmosphere throughout the album for me personally and conjures up some dark yet interesting imagery, like a story is being told to me by the wind that howls across the East Anglian fens. There is a really interesting use of dissonance throughout the album to, some more jazz/prog style chords instead of just blunt force dissonance from mismatched notes. However it does remind me of Enslaved's 2017 release E, more specifically the song Storm Sun. While the album is really well written, I just get reminded of something else in certain sections which takes me away from the music a little bit. I suppose that's a challenge when it comes to making music like this as everyone uses similar gear and effects to make this big, expansive, atmospheric songs so to sound truly unique comes down to the composition. Don't get me wrong, I think Fen have a great sound and compositional mastery but in terms of standing out I prefer The Dead Light's predecessor 2017's Winter, when I listened to that I album I could definitely say that it was Fen, with The Dead Light no so much. Overall, it is still an interesting and intriguing album that has lots of positive elements to indulge in, and I applaud the experimentation of this album to but for me it feels like it has fractionally missed the mark in regards to my personal preferences.

The production is phenomenal with this album. For me it is a case of less is more, although the album is highly atmospheric it's not swamped and suffocated in delay and reverb and this small amount of sparsity has a much better effect by comparison to other albums in this sub-genre. One of my highlights is the bass tone, especially on Labyrinthine Echoes, it's clear and precise but also gives some of the riffs this overwhelming belt of power which I really love bass tones to have. As a result it makes the mix more stable with everything else being pulled in by it's metaphorical gravitational pull. The clean guitar tones are bright and sharp, with what seems to be a precise amount of processing to get a specific tone. When the clean tone is put alongside the distorted (it's more like a valve overdrive in truth) tone you get a really clear cut contrast that has been blended equally to create this natural dynamic effect between sections in the song. The drums feel a bit sparse though, for me personally there isn't enough low end in there, with atmospheric black metal I feel thundering kick keeps everything rooted. While the cymbals and snare cut through in the right places there isn't enough low end to balance it out in my opinion. Overall, the album is expansive and sounds epic, with a decent blend of clean and overdriven/distortion processing.

If you fancy taking a wander in The Dead Light and soaking up some fine English black metal, chuck Fen in your ears now!