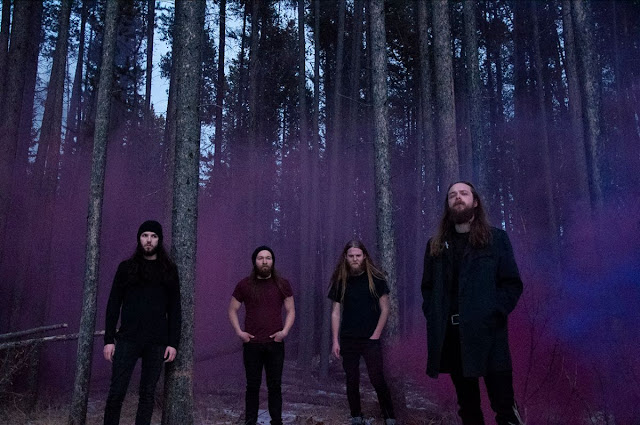 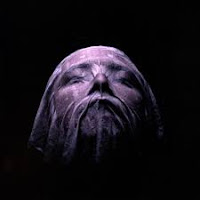 Adore is a haunting album that will leave its mark deep into your soul and stay there for ever. A surreal and often brutal this is a perfect blend of melancholic and dark emotions suiting of the band's name, which I can only assume derives from J.R.R. Tolkein's Númenórean race of men, the almost perfect yet still flawed human that is  destined to live a longer life than most men which can lead to the suffering of longing. With that in mind, it captures the harrowing theme that envelopes this album like the shroud on the cover art, sinister and bleak in the most beautiful way, this is the perfect album for the cold winter months.

Musically, there is lots of atmospheric components, delicately layered upon each other to create this intricate patchwork of harrowing black metal and beautiful ambience. For some I can understand that this album may be a bit of a slow burner, but I can thoroughly assure you, it is more than worth it. In terms of composition and arrangement this has to be one of the most complex and expansive albums of the year for me. Numenorean brings in elements you wouldn't always expect in a black metal-esque record but it certainly keeps you on your toes. I think for me this is best proved in the Portrait Of Pieces introduction. Although the riff and build up are fairly melancholic and tense, for me it's the little vocal snippets that sound like haunting voices from the void that just keep you on the edge of your seat, so when the song kicks in properly you can feel that tension carry over into the black metal riff. There is a really beautiful technicality to this album that I can't help but absolutely Adore (see what I did there?), puns aside, it really is a finely crafted album in my opinion. This meticulous attention to the way the songs flow between loud and quiet, melodically graceful and riffing carnage has a real progressive vibe to it that I'm really liking. Usually post-black metal can just be constant swells of atmosphere and drones that don't really go anywhere but Numenorean have really mixed it up with this progressive and unconventional song structure. One thing I also really like about this album is the songs blending into one another, it's always something I've admired a great deal because when it's done properly (e.g. Portrait Of Pieces into Horizon) it's effect is mesmerising to say the least. I think another testament to the band's compositional skills is the interludes And Nothing Was The Same, Stay, Alone and album closer DDHS. These little snippets of songs are perfect album separators and they set up the track that follows really well, DDHS as a close is quite unique to the album with the acoustic guitar as it completely contrasts what has gone before it. With that in mind,  it's a good way to close such a loud and full on album as well as capturing the album's melancholia in a less abrasive form. Overall, this is an incredibly well composed and intricate album that is sure ti satisfy all those needs for a spacious and atmospheric album with a bit of bite as well.

From the production side, everything from the tightness of the drums to the lofty ambitions of the reverb on the lead guitar, is covered head to toe in a glimmer of grace and top level production. Firstly, the album as a whole sounds absolutely massive, I think the track that captures this the most is title track Adore. Everything sits perfectly in place but it also sounds like everything is distant and singular as well, which I'll find hard to explain, I guess what I'm saying is the album is a multi-compartment box where all the compartments share a singular side, any single compartment alone is useless but with everything else it is outstanding at what it does when put together (if that makes sense). The guitar tones clean and distorted are phenomenal, I especially like the reverb effects  and general clean guitar effects as the band have seriously dialled in some winning combinations that you can't help but notice. The drums anchor everything down, which is to be expected but they themselves shine in these mixes, there is a strange delicateness to them, even when they go hard throughout the album they aren't the slamming drums you'd expect and I think that is really unique as I've not heard anything sound quite that way before. Overall, it's an incredibly well produced album and I'm struggling to find adequate words to describe it.

If you fancy some expansive yet intricate music in your ears, listen to Adore now! You won't be disappointed, it is sure to ignite your imagination and satisfy all your atmospheric needs!