The Metal Scholar's Albums Of The Year & Decade

Yes, The Annual Question That Causes Internet Arguments On Another Level.

2019 has been a phenomenal year for rock and metal. Countless great releases that have ended up firmly in peoples rotations for years to come and showing no signs of moving. I think this partly echoes with the times as there have been monumental shifts in attitudes and creativity across the world. I have had the luxury to explore many countries through the music their artists release and it has been true eye opening with some of the albums and songs I've heard. There will be no easy way to select these albums, and some of you will no doubt disagree with some of my selections.

I think it is important to remember that when people create these lists it is a subjective opinion, so in other words, you may not like it but I do, so sod off. I have pondered these lists for the last two months, considering all areas of rock and metal that I've listened to and how they've impacted me through the year. Some I've had a more emotional connection with than others (it's art so in essence that's what it's meant to do) and some I use as my rugby and gym session hype ups. I will also feature  albums from the underground as well, as I know many of you have slept on these bands!

As far as the decade is concerned, where the hell do I start?! My music taste has changed drastically over the past 10 years and I'm thankful for it, as it has exposed me to music I'd never have once believed that I would be listening let alone enjoy it and love it as much as I do. So, it has been with much deliberation that I present to you my albums of the year and decade. Albums Of The Year

Underground Albums Of The Year 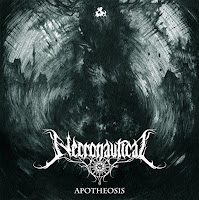 Albums Of The Decade 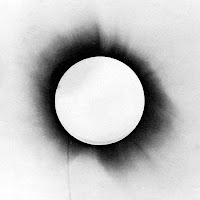 There will no doubt be some interesting surprises for some of you, but for me this proves how much my music taste has grown and evolved into this conglomerate monster that it is today. My favourite part is looking at all the flags and seeing the range of countries that these bands come from, it is proof to me that music is truly global now. With that in mind, some of the more obscure and niche bands on this list I would have never have dreamed of having access to if it wasn't for Spotify and my own thirst for musical exploration. In the New Year, I think I should probably reach out to Latin America more and some more obscure countries to expand my horizons further, but I am by no means discrediting he hypothetical miles I have travelled to hear these bands. I also think that the fact I've had to include lengthy honourable mentions lists means that this really was a hard task for me, and although you may disagree with some of my selections, these albums have meant something to me at some point or another and that is the thought process that had lead to the decisions I have made. Either way, you cannot deny that this year and this decade has been an epic year for metal and rock music.