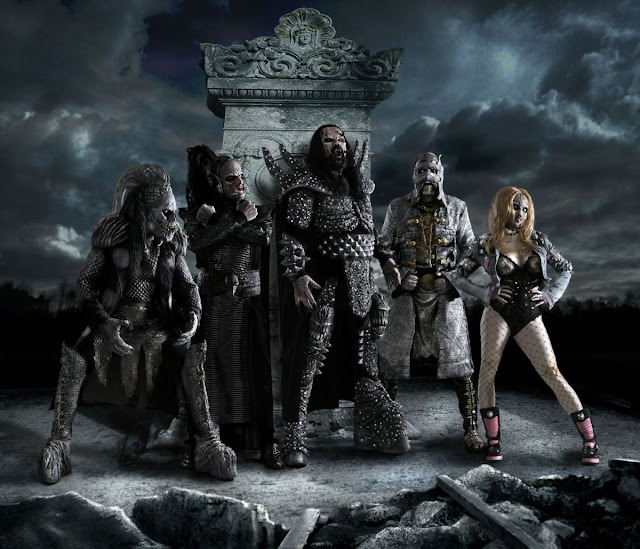 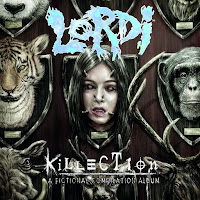 Lordi - I Dug A Hole In The Yard For You


Review
Rating (out of 5🤘): 🤘🤘🤘
Favourite Track(s): Horror For Hire, I Dug A Hole In The Yard For You, Shake The Baby Silent, Like A Bee To The Honey

Quick Note: I know this was my number one album for The Metal Scholar's Weekly Listening List (4th Feb 2020), but after listening to it again a few more times it's original impact was lost a little bit. Usually with Lordi albums you can listen to them over and over and they get better, not so much with this one unfortunately.

Released as a fictional compilation by the band of which the promotional campaign was quite funny, with the band asking if we remembered non-existent albums from the 80s. My favourite Finnish monster rockers are back with new album Killection! For a dose of horror inspired, KISS style rock, these guys have always been my go to. Ever since hearing Hard Rock Hallelujah in 2008 (then finding out it had won them Eurovision in 2006) up until now, this glam rock cheese has always had a place in my heart. However, over recent years the band have lost a bit of form and releases have been hit and miss for me with sprinklings of lacklustre songs here and there.

Musically, I think that this is the band's second best album for a while, but there are still some lacklustre songs on there. From 2013's To Beast Or Not To Beast to 2016's Monstereophonic (Theaterror vs. Demonarchy), the releases were a bit hit and miss, in some cases it felt like the band had lost momentum and even the monster gimmick was getting a bit tired. So, when crudely title Sexorcism came out in 2018 it looked like the band were on the up in my opinion and returning to top form. While Killection is overall a good album, there are some songs that you'd defiantly skip if you put it on shuffle. The album starts great with big riffs from songs Horror For Hire and Shake The Baby Silent then it slowly loses momentum gradually, the energy just ebbs, flows and fades away. It pains me to say this about Lordi as they've traditionally been a great band to listen to, but this genuinely feels like they got bored or ran out of ideas halfway through making it. Evil brings back the dark and monster energy towards the end of the album that the band are known for but it feels like too little too late as it's let down again by Scream Demon. The album definitely lives up to its moniker of fictional compilation as these are definite off cuts from various albums. As I say though, there are glimpses of the riff rocking monsters we have all come to know and love but it is few and far between unfortunately. I think releasing another big album the year after releasing a different one is probably part of what killed this album, given the relentless touring and cycles these bands are on some can pull it off but most can't and that is how I feel about this album. Overall, there are some good songs but nothing that immediately jumps out at me, which is a bit disappointing really, but I guess you can't win them all.

Despite its compositional flaws, in my opinion the album is really well produced. Channeling all the 1980s vibes in the synths and drum mix. Lots of reverbs and swells that really up the 80s anti, but it's also got the same bit of rough edge and warmth that a lot of analogue 80s mixes. Even so, it's polished in this hybrid 1980s/modern fusion which adds some dynamics to the album. The rhythm guitar tone is crunchy and very typical of Amen, as the only guitarist in the band having to do rhythm and lead the crunchier tone leaves enough space for his lead tones as well as supporting them. The rhythm section is powerful and thick, which is something I'm always a fan of. Overall its a good mix but nothing immediately jumps out at me as experimental or unusual.

A pretty mediocre outing from Lordi for me, still better than some bands similar to them but just lacking a little bit of oomph and monster bite for me.