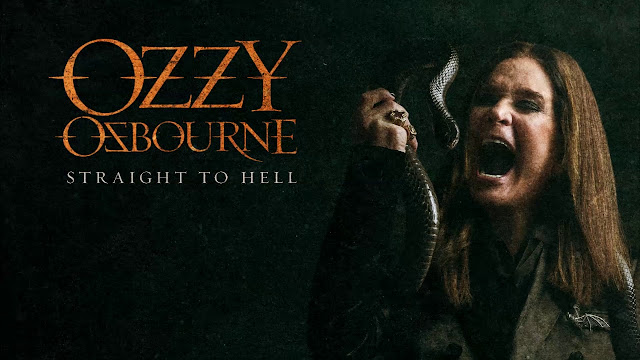 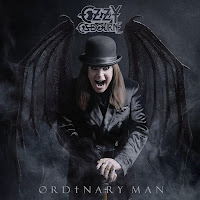 Ozzy Osbourne - Under The Graveyard


Review
Rating (Out of 5🤘): 🤘🤘🤘🤘🤘
Favourite Track(s): Under The Graveyard, Straight To Hell, Goodbye

The Prince Of Darkness is back with a massive new album that sees Ozzy in a more reflecting and self-assessing light. Given that Ozzy has recently revealed that he has been diagnosed with Parkinson's Disease (which I am devastated by, as Ozzy has been a hero of mine since I first heard War Pigs and because his birthday is a day after mine) this album hits the motions hard in a different way, especially when you listen to the words of Goodbye, it almost feels like a final bow for the rock and metal legend, if it is, consider my heart well and truly broken. However, I refuse to speculate if this is his final bow, but what I will champion is this is probably one of his best albums for a while, although I did really enjoy 2010's Scream and 2007's Black Rain. This album is very emotive for me personally but it is definitely interesting as we see Ozzy branch out into modern music, featuring the likes of Post Malone and working with rapper Travis Scott (not names I expected to see on this blog to be honest, but I'll roll with it, as I know Post Malone especially has a metal background), so the question is, is this Ozzy passing on the baton?

Musically, it is typical Ozzy, loud heavy metal and hard rock, would you expect any less? With a stellar line up of collaborators in the shape of Slash, Tom Morello, Duff McKagan and highly versatile American musician Andrew Watt. With this in mind, you expect greatness and you get it. It is that same "no bullshit" approach that Black Sabbath had in those early days and Ozzy in general. I think the biggest impact is the fact that the lyrical themes seem to centre around finality and "The End". There is something very reflective about this album, especially in songs like Under The Graveyard, Ordinary Man and Goodbye, which Ozzy reflects on his past [mis]deeds with a strange melancholic anguish but "whatever happened, it's done now" attitude. Set this to a back drop of colossal riffs and catchy licks then you're sure to feel a bit conflicted. This conflict appears when songs like Straight To Hell and Eat Me hark back to some of the songs on Scream with this straight to the point metal vibes that make you want to aggressively throw your head around like a rugby ball, but then you listen to Under The Graveyard, Ordinary Man or Goodbye, and you have to stop and think about what Ozzy is really saying about himself and where he is right now. This is all from my perspective, but when Today Is The End hits, you reflect on yourself a little as well. A quote that mad me choke up a little and sums up this bleakness can be found in a loudersound.com interview form the 8th November 2019:

"I previously had said to Sharon I should be doing an album, but in the back of my mind I was going, 'I haven't got the fucking strength.' But Andrew pulled it out of me. I really hope people listen to it and enjoy it, because I put my heart and soul into this album." - Ozzy Osbourne, 2019

I have to say at 71, his voice is in phenomenal shape, he keeps the energy up throughout the album in my opinion. The album sounds like it was fun to perform and record, and that is testament to Ozzy's musicianship and showmanship. At times his voice sounds like it's aching but in the more tender movements in the song it is incredibly thoughtful. Even the collaborations with Post Malone are definitely interesting and hopefully Ozzy wins over a new generation of fans, I personally  prefer Take What You Want over It's A Raid!. Overall, the album musically and conceptually is big riffs with a lot of thought and easily his best album in years.

From a production standpoint the album is lavish, luxurious and grandiose. I cannot pick up a single fault with the production value of this album, everything is tight and captures the power of the big riffs and the nuances of the more tender passages. While it somewhat lacks some of the rough edge that Ozzy is usually known for on his albums, I think this shows that at 71 he's a progressive guy and wanted to put together something extraordinary and out of the ordinary. The distorted guitar tones are thick and heavy, and really showcase the heavier riffs. I think my favourite tones however, are the clean ones. They have a clarity that isn't too sharp and they're all mixed delicately with due diligence. There is an equal balance between the two that I really love, this blend means it's not too jarring to listen to when it transitions. The rhythm section is ornately laden with perfect frequency balance, in English, they have punch and warmth in equal measure that fills the whole low end space with no clash whatsoever. Both bass and drums lock in so well musically and sonically, it's mesmerising. I really love the mixes of Ozzy's vocals, years of experience singing in a studio and a producer that knows exactly how to mix his vocals, I physically cannot describe how much I love the vocal mix so I'm not going to even attempt it. Overall, this album has had a lot of money thrown at it for a mix like this and for once in my life I am whole heartedly loving and throughly enjoying perfect production!

This is an interesting album for sure, Ozzy has had a phenomenal life for many reasons, but there is a nagging thought in my mind that this is almost his last goodbye. So, I have to reccomend this album so you can formulate your own opinions and assumptions. However, as long as he knows he's my hero, that's all that matters! Check out  ØRD†NARY MAN now!