The Miscellaneous Goings On Of Tom - Leap Day Edition 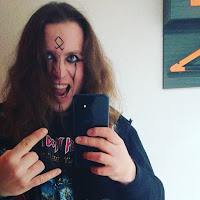 Yes, it's the infamous day that appears on our Gregorian calendars once every for years giving us an extra 24 hours of unbridled joy or utter bullshit. I've never really understood the purpose of Leap Years, but I guess they have a purpose somewhere, either way, calendar systems are funny concepts, considering not every country uses the same one, I think the Julian calendar is used in Eastern Orthodox religions in Eastern Europe. With that in mind, it is the 29th February for us English and Gregorian calendar users but it's currently the 16th February for Julian calendar users. Anyway, it's a weird one. It's been a funny old February for me really, increased hours at work has lead to less regular blog posts and I've had to prioritise a few more important things recently, which has been annoying as I'd have very little energy when I did have a spare 5 minutes, although I have managed to get some reviews in this month for you guys! One thing we probably can probably agree on though is that January lasted 84 years and February has lasted 5 minutes. One album that has impacted the way I've been thinking is Ozzy's ØRD†NARY MAN (we now know though that this isn't going to be his final album, despite the lyrics coming across that way. Also, he basically said Parkinson's isn't going to beat him, what a legend), just some of the way he's put things has definitely made me reflect more and question what I really want in life. Anyway, that is a conversation for another time, so have a memory flashback from my Facebook, in 2016 I had a shit beard and was in my first year of uni but I knew how to channel my inner Star Wizard; 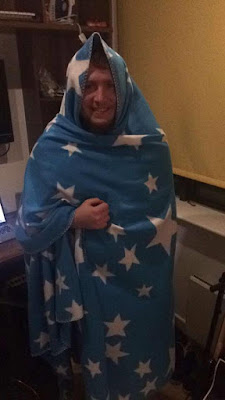 
The new Automb track is killer! I liked their debut album Esoterica, and I have been greatly anticipating their sophomore effort. This track is dark, evil and crushes you into nothing, no frills, in your face Pittsburgh black metal. I thoroughly recommend you give theses guys a listen!

So, I've recently joined a few black metal groups on Facebook and they are churning out all these bands that are awesome (they're mostly on bandcamp) and I'm struggling to keep track of all the awesome music that's being shared. As a direct result of this, I've started a new playlist for my own self-benefit, and yours should you chose to listen to it, of these tracks that are found in the depths of Spotify. Most of it is of Icelandic origin at the moment but I'll add to it as and when, I've definitely got a few favourites on there already, but my favourite so far is Orsök by Nyrst. You can listen to the playlist below;


I've also been listening to a lot of podcasts recently, mainly ones about the paranormal and philosophical thinking. I am one to willingly scare myself with ghost stories as a vivid imagination makes them very interesting. One I do recommend though is Stephen Fry's 7 Deadly Sins, in which Stephen breaks down the 7 deadly sins and applies them to a modern context and a few of his points have helped clarify and understand some of my own philosophical ideas. I've been a massive fan of Stephen's for a long time through QI and Blackadder, his intelligence and reasoning is always something I've been drawn to so again I thoroughly recommend giving it a listen!

New Vanaheimr Single! And The Poem Behind The Lyrics

As some of you may be aware from the last Vanaheimr Update, I am releasing a new Vanaheimr single at MIDNIGHT! This song has a very personal meaning for me as they lyrics have been based off of a very dark poem that I never thought I'd write. I'm no stranger to the ups and downs of mental illness, I've been in some dark places again the last few months and conceptualising this song has meant a lot. So much so I want to share the poem it's based on with you. Titled the same as the song, The Black Crown was cathartic to write but weighed very heavy on my head when I re-read it. I'm still tackling a lot mentally, the recovery process is continually ongoing, which is summarised in the last stanza. Some of the imagery I have used may trigger some people, so I advise you read at your own discretion.

The Black Crown by Thomas Fordham

Under a crushing weight,
I wake up again panicked and desperate to win the fight,
A dawn’s first light to the evening’s twilight,
The weight lingers on my head and shoulders.
Numb and heavy lies this black crown,
Partially coronated by myself,
Partially forced by my environment,
It’s inverted, jewelled edges sink into my head,
Making me wish I was dead.

Motivation is a fleeting flash in the pan,
Even if I feel I’m doing all that I can.
The imposter syndrome manifesting into its own being,
The voice in my head tells me I have no meaning,
Flustered I search the inner recesses of my own abyss,
Wondering permanently if there is something amiss.
I live two lives in my mind,
Whilst trying to hide in places only he can find.

Fatigued by the war I rage inside myself,
I am not the only casualty of a seemingly endless battle,
My relationships get herded like cattle,
And slaughtered with no remorse,
A flowing, bloody river, set to drown everything,
It’s current an unrelenting force.
Coagulated banks of endless regret,
With broken remnants of the boat,
That tried to keep me afloat.

Through my own misguidance and misdirection,
I loose all passion for the things I love,
A steel fist in a velvet glove,
I’m continuously beaten and broken,
Every mark a reminding token.
The weight of the crown is heavier every day,
With memory loss and confusion plunging me,
Into a spinning world or chaos and disarray.
When all hope is lost, and you see the final cost,
All the I’s are dotted and T’s are crossed,
The black crown is continually embossed.

With grief and mourning,
I feel like I’m watching myself die through different eyes,
That leave me with a bank of who’s, what’s, where’s and why’s?
As I pull the crown out of my head,
Momentary relief through my body spreads,
With the strength summoned from the depths,
Exhausted and almost a nearly dead,
Out of the shadows I look ahead,
Letting a light lead me out of the chasm,
With exuberant enthusiasm,
I begin to recover from my self-inflicted wound,
I get myself above the ground,
And assemble all the pieces previously lost
and new ones that I’ve found,
I am free and uncrowned.

On A Positive Note

I'm currently looking for new topics to cover in the next Fjordhammer History post! As you can expect with not a lot of time recently a big historic post is not easy to fit in but that is no excuse, my passion is gluttonous and needs its insatiable appetite quelled! I also want to thank all of you for still reading and enjoying my content, my production this month has been much better and is on the up! There is plenty of new singles and albums coming out soon so keep and eye on the Metal Scholar's Weekly Listening List and Fjordhammer in general to see what I'm jamming to and what I'm rating respectively!

Keep your heads held high, your dreams higher and as always keep rockin'! 🤘🖤
The Miscellaneous Goings On Of Tom