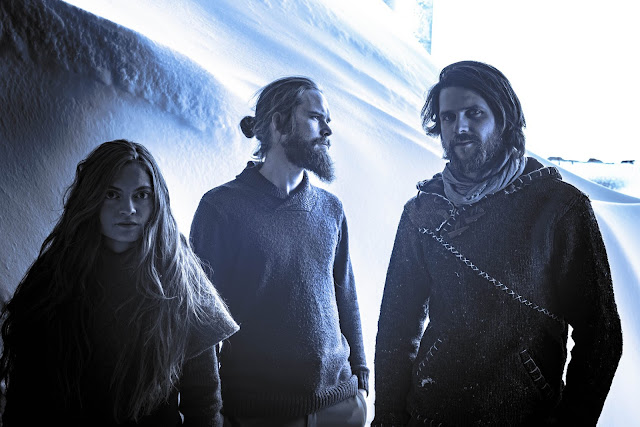 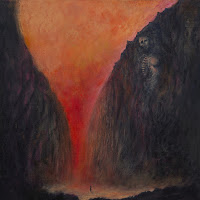 Kalandra have been a very recent discovery for me, but I'm glad that I have been graced with such beautiful and eerie music ever since. A Nordic Folk/Alt. Rock trio that have a knack of creating incredible soundscapes with soaring melodies, it instantly caught my attention when they covered one of my favourite Wardruna songs, Helvegen. As may of you know, I am a massive Wardruna and Einar Selvik fan, the project that gives you some sort of spiritual awakening yet longing for a world that you wish you could have experienced where heroes and gods ruled. There have been many cover's of Wardruna's epic song exploring the passage one takes to Hel after death, but for me this one is the best and is a must listen for ALL Wardruna fans and music lovers.

The original song was written and recorded on traditional Norse instruments, so any other cover that I heard I felt couldn't really hit those same highs I get from listening to the original...until Kalandra came along. Even though this is the band's own interpretation to the song, I feel they have been very faithful to the overall sound and vibe that original song has. It is packed with all the same dark and haunting emotion but with a more modern instrumental influence. With piano, synths and guitars the band have really taken time to consider how all these elements will work alongside each other and how they should sound. As a result the composition of the cover sounds like the song could have been written by themselves. I'm enchanted by Katerine's vocals anyway, but on this track it takes it to an extra level. Her voice perfectly suits the song and reminds me of the time when I heard Wardruna and Aurora play the song in a cave, as Aurora is another artist with a similar unique voice like Katrine's. With the backing vocals from Florian and Jogeir providing the deep and rich low register harmonies underneath it lets Katerine's vocals soar high, enabling a strong emphasis on the lyrics and the message they hold. The arrangement of the song is done perfectly as it ebbs and flows in the right places before slowly building to this massive crescendo towards the end before gently drifting back into the more emotional and solemn end of the song. Overall this is a beautiful interpretation of the song, and if the Vikings had modern instruments like ours and composed like Wardruna then I believe  it would sound like this.

The most fascinating thing about the production for me is how the hell Florian got his guitar to sound like that. In the video you see him using a bow (not in the Jimmy Page way though), and it sounds similar to traditional instrument (I can't remember the name) used on the original song. The effects processing overall is amazing, you can tell that a lot of time has gone into dialling in a precise and exact sound, I'd love to have a look at the effects used to create the guitar tones as they have a big bass weight to them. Most of the mid to high frequencies are filled with synths and piano, a stark contrast to the distortion of the guitars but coupled up together they make this soundscape that is dark and powerful, which in turn lays a strong foundation for the vocals which are the centrepiece of the song. The overall atmosphere and soundscape created by these intricate effects processes is dark and raw as well as powerful, it has helped the band capture the song in a new light whilst not forgetting its origin. Overall the mix of the song is perfect and I can only speculate that if one of those elements was off it would sound like a completely different song in my opinion.

This is a cover for the ages in my book, I've had it on repeat for a few weeks now and every time I listen to it I get a strong sense of attachment. A faithful yet progressive interpretation of a haunting song. I thoroughly recommend you check out Kalandra's cover and the rest of their music as it is mysterious and enchanting in equal measure!
Single Reviews