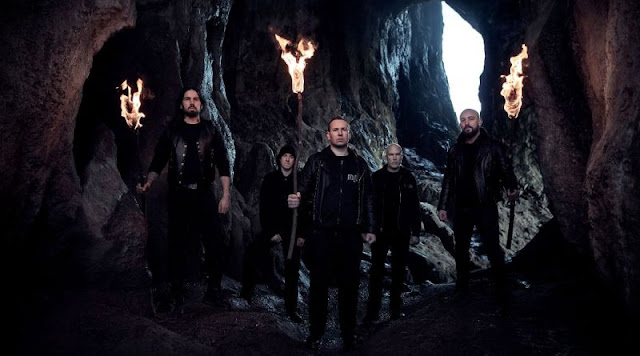 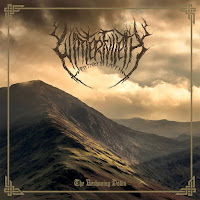 Winterfylleth, a name that comes from the Old English translation for "Winter Old Moon" (Winterfylleþ), are back with a soaring new track The Reckoning Dawn! Giants of the British black metal scene Winterfylleth are known for making long, atmospheric tracks that sore through Englands's landscape and ancient past. I remember watching an interview with the band and how they go up and down collecting English folk stories to inspire their music. This preservation of folk and ancient heritage is something to be admired alongside the dedication to bring these stories from across the land to life. The Reckoning Dawn is another 8 minute epic that transports you into dark and ancient England.

Musically, it's back to state norm for the band, after 2018's acoustic excursion in the form of The Hallowing Of Heirdom (which was not only refreshingly awesome but proved the adaptability and virtuosity of the band). For me the band have a very distinct black metal style, it has all the archetypal black metal elements in an aggressive form, yet there is also this delicate and subtle sense of melody. This melodic knowledge is placed perfectly in The Reckoning Dawn, creating copious amounts of atmosphere and intrigue for me. Given the use of intricate melody on an acoustic guitar on 2018's The Hallowing Of Heirdom and a few more acoustic elements in earlier releases like Æfterield-Fréon on 2012's The Threnody of Triumph, this melodic instinct has been built up over many years to form this soaring, powerful and triumphant sound. The music definitely fits the stories that they tell, epic tracks for epic Anglo-Saxon poems and folklore. The reckoning dawn sounds more like a symphony in some aspects as it has very distinct movements throughout its eight and a half minutes. The ruthless black metal bit, the melodic slower section, the epic and triumphant end. I've often appreciated this sort of symphonic breakdown a lot and the effort that they go to to make these huge soundscapes. Overall, The Reckoning Dawn is another incredibly well written song and captures everything you could possibly think of in terms of story and imagery. Winterfylleth are back with a bang for sure musically!

The production has grit and gravel but is polished just enough to unleash the full effect of the music without killing the atmosphere it creates. The guitars are very crisp and clear with a fuzzy overdrive that feels warm and powerful at the same time. The lead guitar tone is my favourite however, when the sweeping melodies come it it cuts through the mix whilst sounding bright and airy. With that in mind, this tone makes it seem like the melody is floating above everything else which is something I've always enjoyed in mixes. The drums are a bit too sparse for my liking, I'd prefer it if there was a bit more weight behind the kick drum and snap in the snare, but that is by the by as the bass guitar fills that small gap left by the drums. I really like the synths in the background of everything else, they help lift the song to the higher echelons and create a brightness that shines through the entire mix. An incredibly well mixed single that captures all the rawness of stereotypical modern black metal but with alight airiness that helps to create the massive Winterfylleth soundscapes we have all come to know and love.

I really enjoyed this single and have had it on repeat over the last few weeks, it is with out a doubt a masterclass in atmospheric black metal and it comes from England! So, if you feel like immersing yourself in England's past, get Winterfylleth on your stereo!
Single Reviews