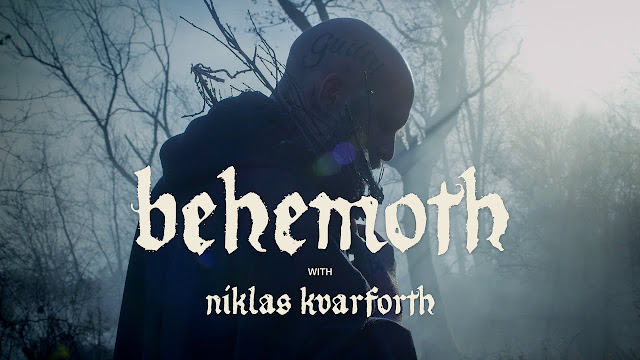 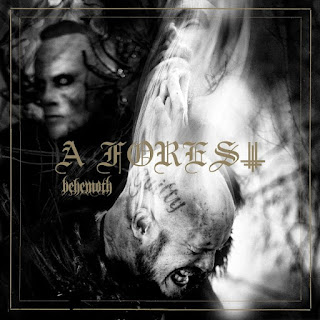 
It's not very often The Cure gets an extreme metal rendition, but Behemoth's version certainly is intense and adds a lot more darkness to an already melancholic song. Behemoth stated on their Facebook page "Covering music outside of metal is a challenge – covering legendary music is an even greater challenge…that is what drove us throughout this process" (Behemoth, 2020), so I had some preconceptions going into this. Alongside the single release Behemoth announced that the EP would have two new Behemoth songs Shadows Ov Ea Cast Upon Golgotha and Evoe, which I'm very excited to hear, as they are a continuation of 2018's I Loved You At Your Darkest (ILYAD). It's crazy to thing that that album was one of my first Fjordhammer reviews!  Anyway I digress, this haunting rendition of a Cure classic is definitely something that takes a few listens to get into.

Musically, the song is slowed down compared to the original, which adds to the darker more brooding vibe to the original goth classic. It is a good reinvention of the song with the effort and creativity that has gone into it is really noticeable, and I love the more atmospheric almost depressive black metal style that the band have gone for. With that in mind, I think it fails to capture the melancholy of the original, mainly opting for angry and brooding. Given that the video is a very expressive art form and the take on the song makes a lot more sense when you watch it, when it stands alone, for me it looses some of that oomph. Even so, I think drafting in Niklas Kvarforth was an excellent choice by the band because of his vocal style. With Shining being one of the leading DSBM (Depressive Suicidal Black Metal) bands, his haunting husky screeching adds to the darker elements of the cover. I think that his and Nergal's vocals suit each other together and the song fits in well with the Behemoth aesthetic they've had since 2014's The Satanist. With the layers of synths and choirs behind the main instruments the song has a very imposing and intimidating atmosphere which will make it stand out amongst other metal covers, but like I've said just listening to it you don't get the visual impact that the video gives it. Overall, it is an inventive and imaginative cover but I think it should be enjoyed as an audio-visual experience.

The production is quite interesting to me though, as it captures some of that original 1980s production from what I can hear, it doesn't sound as clean cut as some of Behemoth's other recent releases. There is a definite sonic grittiness that adds to the song, and its haunting aura.  The bass tone is what sticks out to me, although it's a stereotypical Orion bass tone, the sharp crunch really carries the song, as the guitars have been dialled back a bit but still contain a raw bite. The balancing of the the choral and synth elements is pretty awesome as the song sounds massive in that sense, almost along the lines of an atmospheric black metal epic. The drums are really tight and the kick carries the song, although the snare feels a bit dull and could do with a bit more snap, but that is personal preference. Overall, it's mixed really well, capturing the bands vibe for the song perfectly.

This song my grow on me, I don't not like it but I don't like it either. It'll definitely be an acquired taste for a few people but I like the inventiveness and creativity shown by Behemoth on this one.