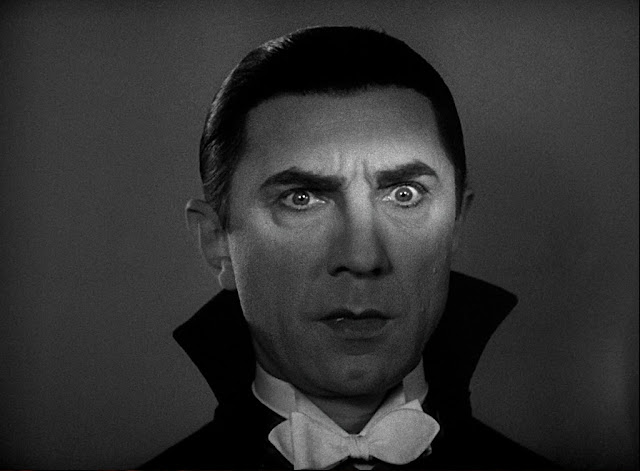 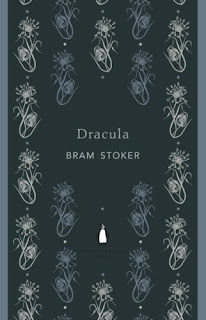 
When Jonathan Harker visits Transylvania to advise Count Dracula on a London home, he makes a horrifying discovery. Soon afterwards, a number of disturbing incidents unfold in England: an unmanned ship is wrecked at Whitby; strange puncture marks appear on a young woman's neck; and the inmate of a lunatic asylum raves about the arrival of his 'Master', while a determined group of adversaries prepares to face the terrifying Count.

"Listen to them — children of the night. What music they make!" Dracula, pg. 20

I have been gripped by the clutches of Vampirism and I found Bram Stoker's masterpiece incredibly hard to put down! Dracula has fascinated and captivated me for as long as I can remember, the suave, charming and intelligent Count is one of fictions most infamous characters. However, one thing I've learnt from  the novel that not only is Count Dracula infamous, he is also not the suave and sophisticated man that Bela Lugosi would have you believe. Whilst modern films have beautified and idealised vampirism (even my favourite vampire film The Lost Boys is guilty of this, but being a vampire in the 1980s would be so easy!) the original novel has dispelled all that for me and shown me the true beastly and brutal nature of one of the Devil's spawn. Despite this, the Count must have put a spell of his own upon me as I was gripped in his clutches and wanted to know more and more about the mystery surrounding him with each turn of the page.

Through the multiple perspectives of the characters given to me in journals form, alongside news clippings, memorandums and telegrams I was fully immersed in each character's point of view of the events that unfurled themselves. I think the point of view that most gripped me was that of Dr. John Seward, his commentary on the comings and goings of Mr. Renfield were fascinating to me. This made me wonder if this was Stoker's attempt to understand mental health under the guise of the oppressive spell of Vampirism. I was also very moved by Renfield's demise at the hands of the ruthless Count as his heroic actions to protect the Dr. and the others was a noble feat. Renfield himself I think was very misunderstood, but I think that is another topic of discussion to be had elsewhere, but his cryptic ramblings and views do require more analysis. I think the journal perspectives made this story feel very personal, as we have all been gripped by unbridled fear in something during our lives and how we have banded together with friends and loved ones to conquer whatever evil it is that grips us. This sense of divine and purposeful comradeship came across to me  multiple times and although I'm not a God fearing Christian I did feel myself putting my faith in Van Helsing in the same way they did God. The Professor himself made me curious, as an enigmatic character is often takes Dr. Seward to dismantle and analysis the Professor's words for the audience to fully understand his points. If there was ever a more intelligent, yet confusing character in all of fiction I could imagine Van Helsing challenging them to their wits end, such was the passionate intensity that he held in my view.

The twists and turns throughout the book make this a mystery as well as a thrilling horror, which kept me on the edge of my seat through sheer adrenaline, I haven't been this gripped by a book for a while! With that in mind it will definitely make me look differently at vampire films as the book itself tells you that being undead is not glamorous and takes you into the realms of selfishness that you wouldn't dare to go in real life. With the backdrop of late Victorian London, the beautiful grimness of Whitby and the dark recesses of Romania, there is an overarching darkness that comes across, and at times can be quite intense. Even now after finishing I can still feel the doom and dread of Castle Dracula and the haunting fog enveloping me as if the Count were present. The settings are mystical and haunting in equal measure as you feel the potential terror in every alley, cemetery, and building.

My only gripe, albeit through modern eyes, was some of the over zealous religiousness. I can understand the the religious fervour in the context of the time, but I felt that some passages were so elongated by this devotion to God it took away some of the dark mystic of the novel in some areas for me. I know God is said to be all powerful but the religious intent only had an impact for me when the characters were at their most vulnerable. Praising God for every breakthrough they had became a bit irksome as they themselves by intelligence and deduction had come up with what they needed by their own intuition. Even so, I am saying this 123 years in the future, where religion is not so prominent in peoples minds, but I appreciate that the religious sentiments amplified how evil Dracula truly is. So, I can forgive some of it as it accentuated Dracula's evil presence, which in turn made his inglorious demise all the sweeter.

I felt a variety of emotions whilst reading Dracula that I couldn't comprehend describing them to you all at once. In simplicity it is a battle between good and evil, but in complexity there are so many layers, thought processes and concepts that each character brings to the fold. Whilst wisdom and knowledge comes mainly from Van Helsing, Mina Harker shares these abilities whilst being much younger, there virtues of these characters crossover to no end, so as the reader you see a bit of yourself in all of them, that is why you become so invested in them and their eventual outcomes. Stoker's magnum opus (he sprinkled Latin throughout the novel so in his spirit I'll do the same here) is for me a must read. I have indulged my curiosity for the Count and I think the book has taught me, strangely, that friendship and a just cause for good can put you in the most unlikely places.
Book Reviews