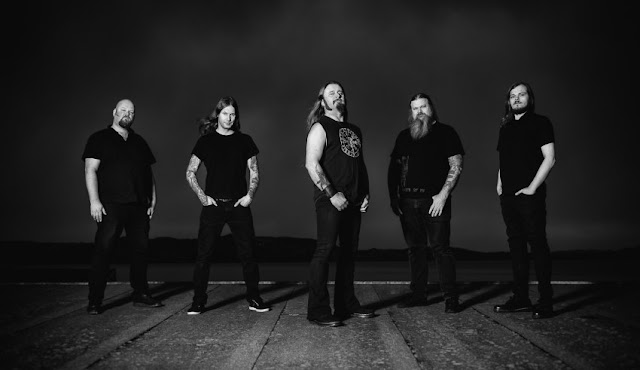 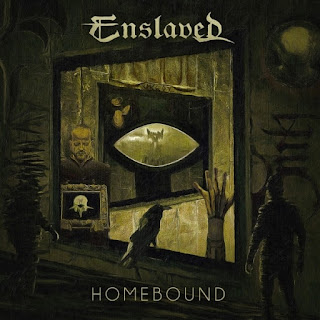 Norwegian progressive black metal legends are back with an intriguing and mysterious new single from upcoming album Utgard! After the triumphant E album from 2017, I am beyond excited to see which direction the band are now heading in. Always ones to mix it up and break down boundaries, Homebound is a raw and eerily melodic song that is both haunting and action packed. Having seen Enslaved live, I've always been captivated by their brand of black metal, capturing Norse mythological themes and blending them with a progressive, outside the box way of songwriting, which sheds new light on how I interpret the stories and sagas. Homebound has me boarding the 1st Class carriage of the Hype Train!

Musically, it opens with an almost major key riff, which did catch me off guard initially. However, in true Enslaved style this motif reappears in other guises throughout the song and comes back with a  more longing and melancholic tone. I really get a sense of deep longing for something or someone that you've not seen for a while, in this case it is home, wherever that may be. Ultimately the song feels very sombre and thought provoking, because of the longing for home, it conjures up imagery of being lost in a distance land with a deep uncertainty as to when you will see home again. The main melodic riff really sticks out to me because contradictorily feels like it doesn't fit, but it completely fits at the same time. The staccato chord riff underneath really get you into a hypnotic groove but also add a really gritty power that I haven't heard anywhere else for a long time. With that in mind, it also builds this huge, sombre and solemn atmosphere that soars high and crushes down in the depths. The clean vocals also really make this song for me, the passion of Håkon really comes through. It also feels like there is painful emotions in the clean lyrics, which sometimes offsets the soaring and triumphant aspects of the atmosphere, which for me is quite refreshing. As for the faster riffs, they are absolutely crushing and add to the overarching darkness of the song. Overall, it is another superbly crafted Enslaved song that I will enjoy relentlessly until the album comes out.

One thing that sticks out to me the most about the production is the valve-y rhythm guitar tones. In contrast to the songs sombreness, they have a really warm crunch about them. There is a cold clarity and  sharpness that comes from the lead tones, like icicles hanging and ready to cut you. The bass is thick and consumes the low end, filling it with glorious sub tones. The drums are thunderous as usual with Enslaved songs, although I think a little bit of click from the kick drum would tie it off nicely, but the snare sounds fierce and huge. The synths fill every other aspect of the sonic space and make the whole song sound grand and epic. Overall, it is another phenomenal sounding mix!

If you fancy venturing Homebound, get these Norwegian legends spinning in your ears!
Single Reviews