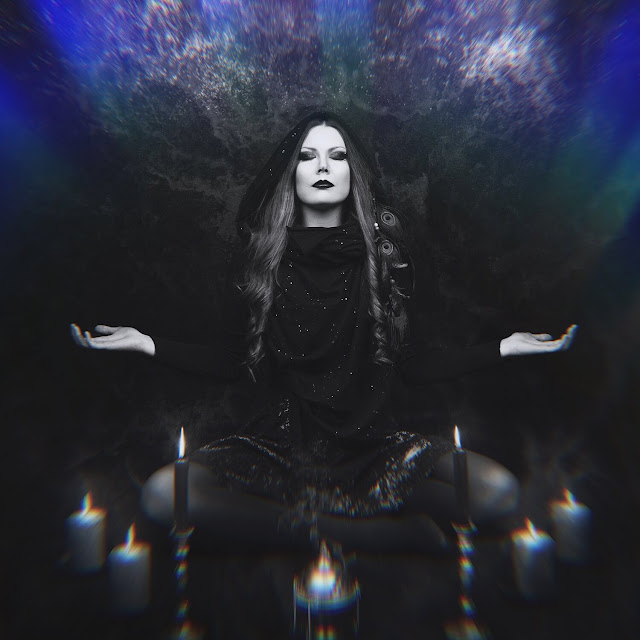 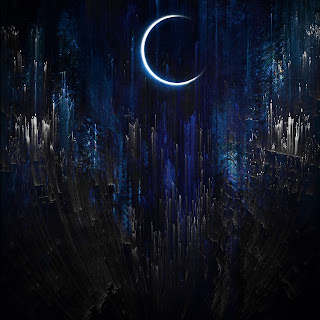 A cosmic exploration from the deep, dark and cold north unlike any other that I have heard before. Coming out of the cold lands of Finland, this album took me by surprise and I'm amazed that it took me so long to discover it's existence. A dark, haunting and mysterious album, layered with haunting and dark melodies with the furiously of the blackest of black metal to create a chaotic yet mesmerising cosmic underworld. While the artist herself refers to her project as “Experimental Audiovisual Mysticism” and while it does contain many of the eerie and cold nuances of black metal, it is a completely different beast altogether in my opinion, not fitting into a genre category, and for me there is something very refreshing about that. Its haunting and chaotic aura is something akin to meditation and exploring spectral Boreal fields in the dead of night. One thing I do reckon, is that this album impacts the listener depending on the circumstances of the listening environment

Musically, this album cannot be pinned down, refusing to settle into the established and well acquainted song formulas that we all know have deeply ingrained into our minds. Whilst Fractal Flesh has the main hallmarks of black metal with unrelenting drums and riffs, its overarching appeal is the haunting melody that lay above the chaos in a serene environment of its own. Even so with a project such as this, I don't think any explanation I give could do it any justice whatsoever, so in her own words Sariina takes us through her writing process;

"I compose in a visual manner. I see worlds, places and atmospheres, and I try to capture the images through sounds. In that way, I never try to create a song, I try to re-create a world i see so the listener can also enter. Like reading a good book, you can see it in your mind’s eye when you become immersed in the tale. My storytelling comes through music. At the moment I am really fascinated by noisy screeching sounds and bringing it into harmony with overtonal resonances." (Tani, 2019)

This album is certainly otherworldly and I found myself interpreting my own versions of these worlds and their chaotic histories. One song that best demonstrates this world creating is Valohämärä, it is what I envisage as a pilgrimage to the abyss, but not in an evil way but a harrowingly beautiful way. It is truly a transformative and transcendental album that will make you question things within and outside the realms of the music. For me Quintessence embodies this concept the most, whilst at times peaceful and serine, in other times chaotic and haunting. Sariina's vocals are the highlight of the album for me, creating this rich ray of divine beauty when the vocals are clean and sounding like a fallen angel in the screamed sections. With album closer Solar Flood a deep and distorted reminder that not all is what it seems in this world. Overall, Vesperith is a body of intricate work that has taken three and a half year to produce. Fusing music, art, and theosophy to otherworldly, in a meditatively chaotic dark radiance.

Just like the music, the production is very hard to categorise. However, with the emphasis on atmosphere, there is a strong use of reverb to create space and eerie overtones. The most interesting thing for me, is how well the frequencies of the swelling synth like instruments underneath the melodies have been controlled. Ebbing and flowing at the right moments with various processes yet no frequency or note seems to take a priority over the others. The screeching sounds aren't even discomforting to listen to, you'd think they'd sound harsh and unlistenable but it is quite the opposite. The drums have a typical black metal aesthetic, fuzzy and distorted yet the kick fills the low end with a robust foundation. The snare has had some of the edge taken out of it, which is good as you then shift your attention to the rhythm and the swelling noises over the top of it. The instrument that sounds most like a guitar is soaked in a plethora of effects and processing which again is oddly refreshing as the emphasis remains on the atmosphere that is enveloping you rather than the riffs. Overall, the music and the mix is mesmerising and enchanting in equal measure.

If you fancy something different and out of the bounds of normality, I suggest giving Vesperith and her 2018 release Esoteros a listen and let yourself be taken to a new astral realm!