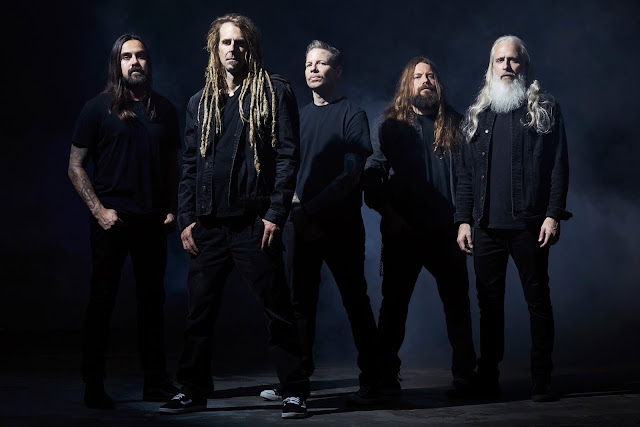 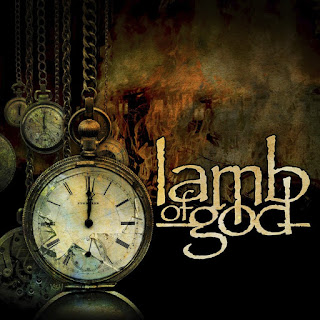 The legends of American metal, Lamb Of God, return with a monstrous new, self-titled album that sees the band at its most versatile yet! I've not listened to Lamb Of God consistently for a while but as I find myself resisting my favourite albums of there's; 2004's Ashes Of The Wake, 2006's Sacrament, 2009's Wrath and 2012's Resolution, I found that lamentably I've missed out on a lot with the band's most recent releases! Obviously I was one of the people to switch off when Chris Adler left the band as I didn't think the band would be able to replace him, however Art Cruz has proved me wrong in the best way possible and the bullets are still raining down from behind the kit! I can speak for many when I say that Lamb Of God have been one of the most influential American bands in more recent times, and to see that they're still at the absolute pinnacle of their game is a delight to see.

Musically, this album doesn't fuck about when it comes to grooves, it is wall to wall rhythmic, riffing dominance! Lamb Of God have a very distinct and recognisable sound, that they know works but they'll always add something a bit different every time, one thing I love most in that sense is Randy's clean vocals. I know we've heard glimpses in the past but he has such a good voice all round that it's great that he's shown it off more in Memento Mori. One thing I love about Lamb Of God is their southern bluesy style of riffing, as it adds an extra layer to the grooves that appeals to every part of me as a guitar player, my favourite example of this is in Reality Bath, that intro riff and build up had a really dirty, southern sound that I really love with groove metal. It feels to me that they bring some of the previous aggression from 2015's VII: Sturm Und Drang but apply it in a much more sophisticated  and articulate way, its a precisely targeted aggression towards certain subjects and issues that really give an extra layer of complexity to the songs through a deeper meaning. There is a razor sharp edge to the album as well, that makes you feel powerful and want to fight all the injustice in the world with brute force and calculated reason. The darkest song that resonated with me was Resurrection Man, the groove had me moving my head for its entirety and the lyrics hit hard for me, matched with the discordant leads its a perfect Lamb Of God song as it has everything you love about them in it, in my opinion. One of my favourite songs on the album is Poison Dream, as soon as the gang vocals and the riff comes in you can't help but move and to have Jamey Jasta feature with his signature Hatebreed vocal delivery, it's a song that has so much power it psyched me up no end. Bloodshot Eyes feels like a throwback to Sacrament riff wise, but stands out to me because of Randy's cleans, they sound so good and I'm glad the band have really decided to utilise them. Overall, the album is all killer and no filler for me! Definitely a contender for one of my albums of the year!

The production is a high end but has a lot of balls. There is so much power in the mixes that every song feels imposing and aggressive, dominating my ear drums with every kick and riff. The guitar tones are signature Lamb Of God, so the leads are resonating and the rhythms are thick and heavy to created this powerful foundation for Randy's vocals. The bass tones are something I will always admire on Lamb Of God records as it just fills the low end but has so much grit and aggression, I don't know how John Campbell dials it in but the consistency to nail it every time is phenomenal. I also believe that Josh Wilbur has got the best out of the band performance wise as he's captured the raw intensity of their live show and captured it in a way that I haven't seen since 2009's Wrath. Overall, an extremely professional sounding album that hasn't sucked the life out of the songs but has fortified them.

This was easily a very anticipated album for me, and has definitely made me get back into Lamb Of God, all the guys are incredible musicians that can't write a bad album at this rate! If there is one thing you today it should be to listen to this album because it's insanely good!