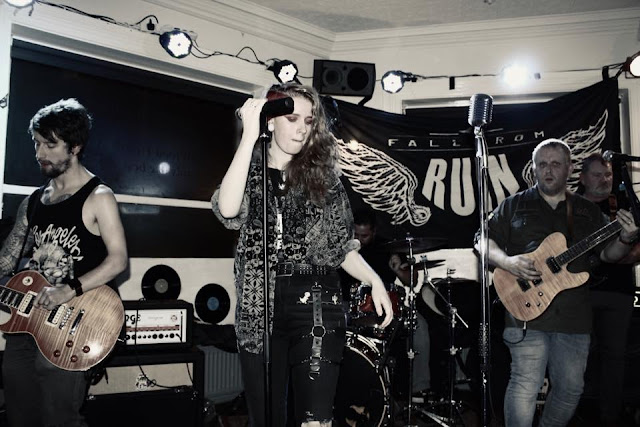 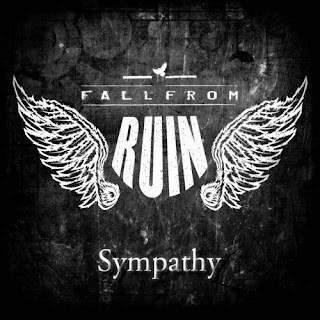 Recently I have had the pleasure of being in contact with a band from the county I am based in! As many of you know I've had bands come to me from around England, Germany and even as far as Moscow. So it's not often I hear bands from Wiltshire, but with significant radio play and a show booked at Sheffield's O2 Academy booked for later in the year (providing COVID doesn't spoil things!) Fall From Ruin are rising and putting Wiltshire on the map! Hailing from Swindon, Fall From Ruin combine a plethora of influences from across the rock and metal genres, from Black Stone Cherry to Dream Theater all combined to create hard hitting, gritty modern melodic rock. Sympathy contains soaring melody, chunky riffs and of course a classic solo!

Musically, the intro riff is the first thing that stands out to me straight away, high momentum from the get go, a straight forward ball buster thats sets the overall tone for the rest of the song. With this in mind, the song takes on a "take no shit" attitude to people that try and put you down, which is reinforced by the chorus lyrics. The chorus melody is really interesting to me as it is an awesome melody sung over picked chords, personally I'd fancy the momentum to be carried over from the verses, as I think a little bit is lost when transitioning between the two sections. However, I can see how the contrast works, by opening up the vocal melody in this way it makes it very catchy and easy to sing along to and quite rightly it has been stuck in my head for days! The more I'm listen to the song, I'm reminded of Kentucky era Black Stone Cherry, as it's this juxtaposed fun but with a bit of grit and darkness in it. From what I understand of the concept, it feels like a very empowering song, in the sense that you don't want to be tied down by people that want to metaphorically bury your mood six feet under, but also there is a kink style euphemistic edge to it as well. Which makes it fun to try and decipher what is meant by the lyrics through your own perspective. The mini guitar solo inserts are a bit conflicting for me because I love it when you hear a face melting riff or solo, but in the case of this song I think for me personally and in some ways takes some of the surprise away from the main solo because it rips through quicker than the actual solo. Even so, there is a good balance between all the band and everyone gets their chance to show off their ability. I can see the song definitely being a crowd favourite, I know if I get to see the band live it'll be this one I'll look forward to singing along to the most. Overall, it is a well written song that contains some nods to old school rock influences whilst being equally balanced with the uncompromising melodic direction of modern rock music. As a band on the rise, this is a good start on the quest to find their sound.


From a production stand point, it is very much modern in every sense of rock music, polished but also full of chunky, low end weight. From my perspective it sounds like the band wanted to capture their live energy with this song and that is exactly what they've done. I defiantly feel the song's presence from the way it's been produced. Firstly, the drums sound very tight, equal proportions of click and punch in the kick drives the song forward and fills the low end with ease. The bass tone has a very modern tone with some compression style distortion that doesn't lose any of the force behind the low notes. Alongside the rhythm guitar that sits comfortably in the mid frequencies it helps create a solid for the lead guitar to shred over. I really like the clarity in the clean tones of the chorus, the ring is awesome and compliments the main vocal melody (definitely a not to Dream Theater now I think about it, The Count Of Tuscany springs to mind). Its not often I comment on a vocal mix as I am a guitarist, but Alicia's voice has been captured perfectly. You can hear all the subtle nuances of her singing style and it has just the right amount of reverb to give it this real awesome feel that makes it stand proudly at the front of the mix. Overall, a very tight production that I definitely admire!

Overall, I think this is a solid effort from the band that is on the rise, having listened to the band's two other single, Mr. Nice Guy and Forever True, this is band on their way to nailing quite an interesting sound but its not quite there yet for me. However, it is always awesome to be made aware of local talent, keep plugging away guys and I can see some big things in the future for Fall From Ruin!

You can follow the band by following these links!

Single Reviews Sounds Of The Underground