Nebula Mori - A Ghost Amongst The Stars 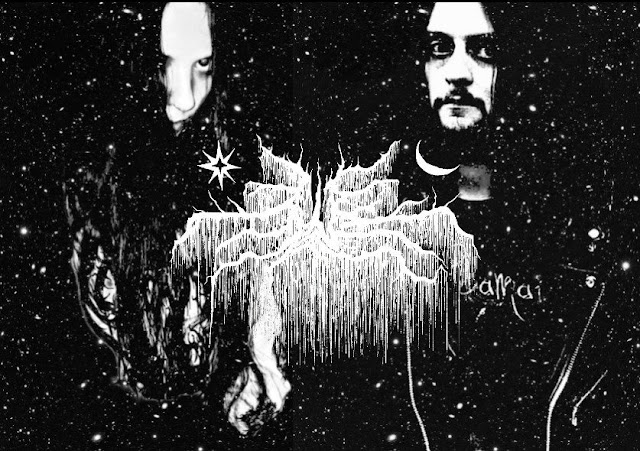 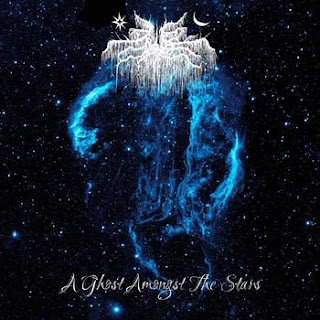 
Review
Rating (out of 5🤘): 🤘🤘🤘🤘.5
Favourite Track(s): Nova, Consumed By Solar Fire, Subject To An Aimless Universe, Ripples Of An Ancient Super Nova, Tranquility In Orbit, Rain Of A Million Galaxies

An ethereal, celestial and cosmic journey awaits those who join up and coming English black metallers Nebula Mori when they venture with A Ghost Among The Stars. Space and the universe is not your common black metal themes but I believe that the vast bleakness of space has been capitalised on by Nebula Mori as they fuse together melancholic, sparkling and glistening synths with the the mournful and dark tones of black metal. The album sort of reminds me of the experimentalism of Finland's Vesperith, in the fact that it has taken a unique and ambitious approach to black metal by covering a theme rarely considered and doing so in an eloquent and intriguing way.

Musically, the album focuses very heavily on a celestial style synth sound that reinforces the vast space theme. It brings me back to space themed video games but if they had more of a  metal focus instead of techno/EDM. However, this makes the album stand out for me, whilst synths have been used in black metal, none that I can think of have sounded so integral to the album's atmosphere and concept. I can imagine myself venturing through the stars as the haunting vastness of space opens up before me and I am lost in this celestial emptiness. From what I hear, the guitars and vocals sound like they come from the Depressive Black Metal side of things, with the high shrieks echoing into the black whole abyss of space. Even so, with the standard black metal genre markers present, it still feels experimental and progressive for me, something wholly different in the atmospheric black metal sub-genre. With this in mind, it is quite refreshing to hear synth and piano melodies drifting in-between unrelenting and savage riffs but both parts are on an equal footing, both are the main focuses of the song. I also believe that the sound design has been executed perfectly, as I listener I definitely get the sense that I am drifting past celestial entities and basking in the solar light of the sun and stars. The song that backs this up for me is the nearly five minute long interlude Tranquility In Orbit, floating pad melodies accompanied by bright synth hits alluding to this image of the cosmos in my mind. The interlude transitions perfectly into the Rain Of A Million Galaxies, which snaps the listener out of the trance they find themselves in and crashes them back to Earth with haunting and dark riffs. The album really does take you on a journey musically, whilst also making me think about the big existential questions whilst getting lost in a trance like state that you are lulled into by the grand atmosphere of the album. Overall, A Ghost Amongst The Stars has been a very refreshing listen, I've never heard a black metal album where synths and riffs rely on each other so heavily to create such a heavily conceptual album.

From a production standpoint, the album feels very raw and emotive yet the multitude of layers create a grander, more epic sound. It has a fine balance of rawness and elegance that really grips me. The synths and pads have been well designed and processed so when they stack up in layers the sharper synths really stand out against the more mellow backdrop of the pads. The kick drum really cuts through with the click, although for me personally I'd have preferred more thump to add to the cavernous image of space. The snare snaps through to keep you alert amongst all the mesmerising synths and sound effects. The guitar tones are like buzzsaws in my ears which makes the riffs cut like razors. There is a heavy treble focus in the guitar tones as a lot of sub bass is carried by the synths so it all balances out in the mix. The layering of the synths are what makes it for me though, just  being enveloped by their cold embrace makes me connect with the concept of A Ghost Amongst The Stars whole heartedly. Overall. just like the music, the mix is also intriguing and interesting with guitars and synths sharing the spotlight.

If you fancy supporting some up and coming English black metal, give Nebula Mori a listen!

Nebula Mori - A Ghost Amongst The Stars