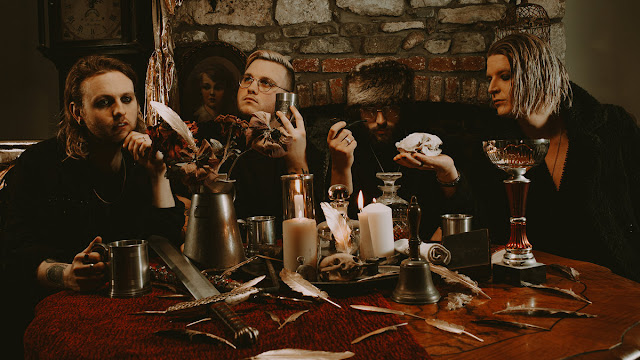 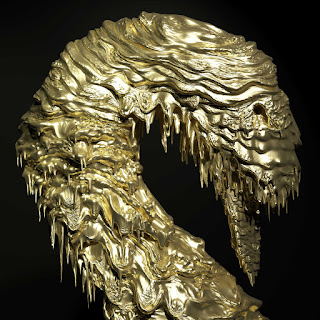 
Review
Rating (Out of 5🤘): 🤘🤘🤘🤘🤘
Favourite Track(s): Trophies In The Attic, Teething, You Don't Drink A Unicorn's Blood, Half House, Bats For Bleeding, The Monk, Royal Swan

As all of you know I've been following Phoxjaw for a while, and I have seen them grow into an unstoppable force through sheer determination and tenacity. This is an incredibly triumphant moment for the band and the fans, as just listening to the quality of the album they have put their whole heart, blood, sweat and tears into this and getting all the high praise they deserve, and they're getting even more from me! A dark and mysterious album that album that captivates the listener with bombastic riffs and strange, constantly moving atmospheres that rise through the discordant chaos. In these hectic times this is the album we all needed to consolidate our feelings of loss, melancholy and joy, Royal Swan made me feel all three, often at the same time. I would probably bet a large sum of money on this being one of my albums of the year.

Musically, what stands out to me immediately is the smoothest of smooth transitions between the songs, blending together to become an uninterrupted experience. Given that the lyrical themes of Phoxjaw songs often have multiple meanings, this is another aspect I always find interesting with the band's music, the album is packed full of metaphor and important messages which we all interpret differently but should all heed, Danny is more like a master poet than a lyricist, but with an excellent ear for melody as well. One song that particularly resonated with me was You Don't Drink A Unicorn's Blood, which is about the disgusting disease on the animal kingdom which is trophy hunting. With bombastic, raw and heavy riffs behind lyrics with such deeply intense imagery, that if it doesn't resonate with you then I think you are probably one of the monsters the song is talking about. From start to finish, it is packed full of chunky riffs, big choruses and big grooves that will occupy a special place in your brain, that you'll be singing for months. This is especially true of Teething, a huge chorus with a pounding riff that will race around in my head. Although the album is a momentous roundabout of chaos and strangeness, it is something I think we'll all be able to make sense out of in our own way, and that is a testament to Phoxjaw's writing, channelling multiple perspectives in a raw, uncompromising, emotionally charged atmosphere. Bats For Bleeding is probably one of the stand outs for me, purely because of the use of an organ solo, which is wrapped around this aggressive and raw riff that smacks you harder than football to the face. To date this is easily Phoxjaw's best work, topping the two equally awesome EPs, 2018's Goodbye Dinosaur... and 2019's A Playground For Sad Adults. The album closer, the 7 minute epic of a title track Royal Swan is a testament to this, an amalgamation of all that is good about Phoxjaw. Hard hitting, raw, chaotic, all the words that you associate with Phoxjaw's signature sound is in that song. Overall, I can hear the passion and effort the lads have put into creating this beast of an album, putting Bristol on the map and proudly representing. A catastrophic and devastatingly infectious album that I have loved from start to finish.

The production is exquisite. Through the haze and distortion, Royal Swan is perfectly balanced from start to finish is incredible. The lead guitar tones are most captivating to me as they seem to shine and glimmer with the complex effects processing, resonating off the walls and seemingly transcending and evolving as the album goes on. Supported by chunky and overdriven rhythm tones, both lead and rhythm tones effortlessly blend into one super entity that surrounds you, in its fuzzy, valve-y arms. With a solid low end provided by the kick drum and bass, that fills the space beneath you but also packing a weighty punch through my stereo system. One thing I really love about the mix is the layering of the harmony and lead vocals, as the harmonies seem to float around you as the leads are barked and screamed into your ears in the best way possible, it adds to this mad atmosphere that the band's music creates.

I am super proud of the boys in Phoxjaw, 2020 is their year, and they have seized it in an iron grip that cannot be released. Royal Swan has blown me away from start to finish and I expect it will do the same to you. If you fancy cashing in on the craziness of Phoxjaw, add Royal Swan to your Spin Club.