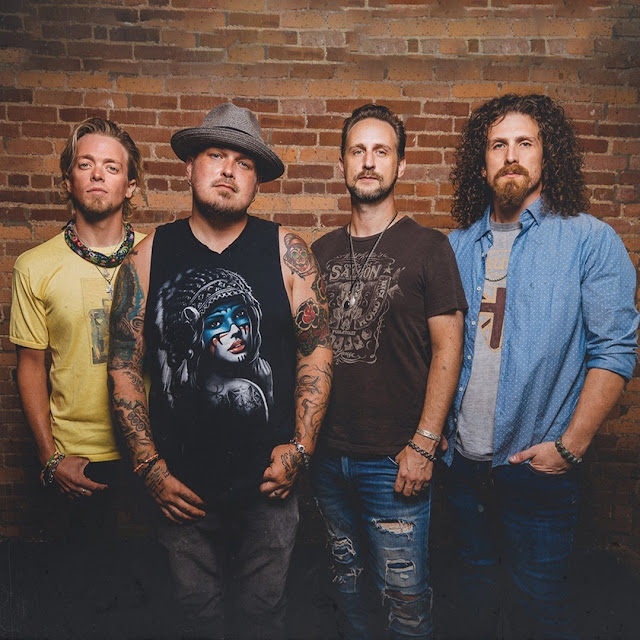 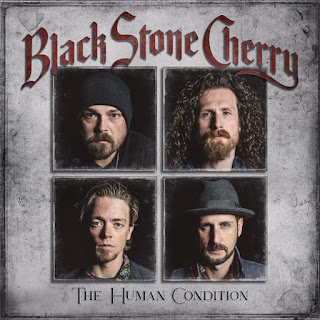 I don't know what it is about this band bringing out albums with eerily precise and relevant songs that tie in with my current life situation, but its damn spooky! Again is no different in this situation.  It's been a mad year for me personally and this song just resonated with every step that I'd walked this year. Everyone who knows me, knows how much I love this band, and I am so excited to hear upcoming album The Human Condition, releasing on the 30th October this year. For a first single Again simply knocks it out the park for me, full of the awesome heavy, bluesy riffs we know and love from BSC but with a supremely catchy chorus packed full of meaning and emotion.

Musically, BSC have a very distinct style but it is always evolving into something bigger and better each time round. The most noticeable thing for me on this track through is it has a mixture of elements from the band's previous albums mixed together and pushed further into another realm, but the biggest one however is it has some Practice House era BSC balls to it. The main riff slaps you in the face with class alongside its infectious groove that you can't help but move to in some way, shape or form. There is a real sense of rebirth with this single, and I imagine it is the same for the rest of the album when I eventually get to hear it. Ben, stated “With this one, we cranked up the amps, the drums are in your face, and there are some really heavy riffs. After 19 years and seven albums, we wanted to prove that we still kick ass. This album feels like a rebirth.” (Childers, 2020) and for me Again definitely demonstrates that. There is a real air of positivity about the song, with an emphasis on finding that inner strength and belief in yourself. Chris sings the empowering lyrics with passion and conviction that really resonates with me. Reminding me of the experiences that I've gone through and how fortunate I am to be where I am today. I am in full belief that this album is going to be an emotional and thought provoking one for all who listen to it, John Fred stated “Every song on this album tells a story of the experiences we all go through – our happiness, our struggles, and how we have to adapt.” (Kerrang, 2020). Again is a fantastic place to start with this new venture into The Human Condition. With pounding drums, driving their way throughout the song, locked in with some solid bass grooves accompanied by dirty, heavy riffs. All these elements combined gives this song a lot of power. With a more legato style chorus the contrast between the verse and chorus sections give the song so much more impact, so when that riff comes in, it comes in hard! Overall, there is a real versatility and experience demonstrated in this song, alongside the honesty and passion of the lyrics this is a phenomenal benchmark for the album to live up to and I can't wait to hear it!

Much like 2018's Family Tree and 2016's Kentucky, The Human Condition is self-produced by the band, "choosing to meticulously multi track the record, with each member enduring gruelling sessions to ensure an epic performance" (Childers, 2020). I can hear the blood, sweat and tears that went into producing this song, it's epic but also has a lot of grit and attitude along with it. The drums are thick and heavy, the kick filling the low end with absolute tenacity alongside a snare full of snap and bite. I always love Chris and Ben's guitar tones as they compliment each other and make both of them individually stand out. Both guitar tones have a thick, valve like warmness to them but also the aggressive overdrive/distortion that takes no prisoners. The acoustic strumming in the chorus has a throwback shimmer to it that I really enjoyed as it adds a bit of extra texture to the song. Jon's bass tone is also gritty and heavy, supporting the cleaner, flange leads in the chorus whilst aiding in the massive welt of the main riff. By self producing I think BSC know how to make their sound stand out even more, and full credit to them as it gets better with every release. Overall, an epic mix for an epic song!

A passionate and resonating song that is part of a, currently unheard, bigger picture. If you fancy some heavy southern rock to take in with today's rays from the sun, play this song Again and Again and Again. You know I'll have this song on repeat, but I think you should too!