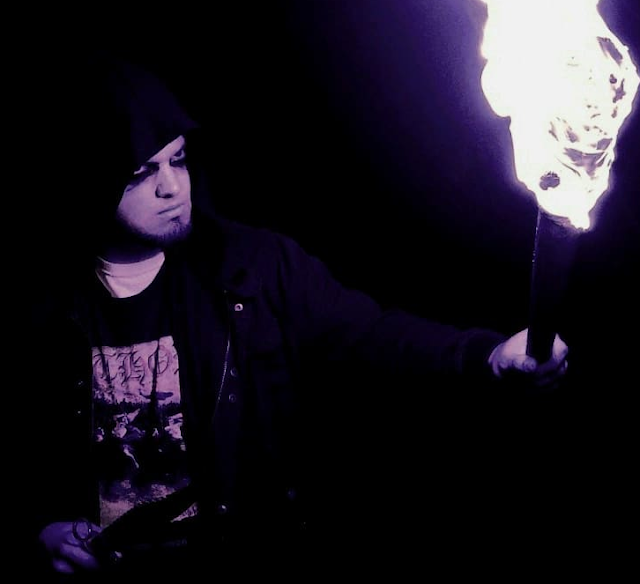 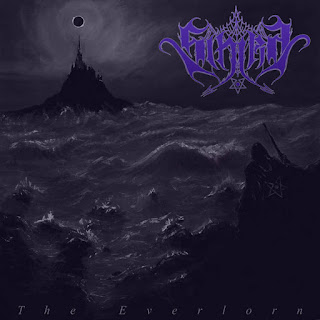 Sinira - Where Starlight Does Not Shine

Review
Rating (Out of 5🤘): 🤘🤘🤘
Favourite Track(s): Where Starlight Does Not Shine, The Everlorn, Our Final Nightfall, Tear Laden Skies, Dawnless Twilight
Screaming out of the massive state of Texas, Sinira is a melodic black metal force to be reckoned with! Having recently discovered Knell's project for myself in the Spotify depths and a song shared on the Black Metal Promotion group page on Facebook, I decided to delve into the depths of Sinira's newest release, The Everlorn.  An intensely melodic and dark album packed with crushing riffs and pounding rhythms that excite and psyche up the listener into a frenzy of shadow and darkness.
The first thing that glares at me musically is the lengths of the compositions. With most songs over six minutes long, The Everlorn is a fifty six minute musical journey through the dark and haunted plains of  our transcending existence. I'm reminded very much of bands such as Svartkonst, Kvaen and Malist in terms of the crushing riffs accompanies by soaring melodies over the top of the chaos. From start to finish this album is an onslaught to all of your senses, and I was left looking for my brain that had promptly been blasted out my skull by the ruthless and unmerciful blast beats. There is a lot of dark energy and power to the album that I really enjoyed, you can feel in coursing through your icy veins to to warm the cold blackness of your heart. The melodies stand out to me throughout the album, as it feels like there is a few motif patterns that can be heard in a couple of songs that give this album a conceptual feel. With this in mind the acoustic interlude, Souls Of The Flame offers some contrast to album and calms the energy down so you can prepare yourself for the next onslaught. Whilst lyrically Knell's themes focus on spiritual transcendence amidst death and chaos, there is a dark beauty in this form of lyrical occultism. Set with the aggressive and driving backdrop of the music, I imagine myself being a longing and wayward spirit left to wander and wonder in purgatory whilst watching and endless twilight in the skies above. I think it would be fair to say that the atmospheres created remind me very much of Emperor's In The Nightside Eclipse, with how the songs have been composed and arranged. The highlight of the album for me was the eleven minute epic Dawnless Twilight, sweeping melodies over a chaotically precise riff structure it is a masterclass of Sinira's style and skill. One thing that is curious is the the album's closer is a slow, funeral dirge sounding interlude Omega XI, which confused me a little after the grandeur of the album's magnum opus Dawnless Twilight. Even so, it feels like it is there as a cliff hanger, building anticipation for Sinira's next release. Overall, from start to finish this is a full frontal black metal assault that takes you into the depths of the shadows and grips you with it's icy claws which are extended from the otherworld. It is a showcase of well written melodic black metal.
The album's production is pretty sleek and clean for a black metal album, whilst some rawness is retained in the guitar tones, I think the icy cleanliness of the mix actually lends itself to the music, adding colder, bleaker sounding edge to the album. Even so, this hasn't stopped the album sounding huge, the drums thunder across the sonic field like a a rumbling tank whilst the snare shoots through your ears like a machine gun. I really love the sharpness and clarity of the guitar tones, focusing mainly in the mid to higher frequencies every note that is played rings can be identified with ease, despite the fuzz and distortion. Again it goes back to adding this even colder edge to the already icy riffs. With that in mind there is plenty of space for the bass to swell and support in the low end, contradictorily the bass adds a bit of warmth and thickness to the mix that I really enjoy. Overall a very well mixed album that adds that bit extra as well as maintaining the aggression and rawness of the songs.
So, if you fancy some sweeping melodic black metal to liven up your day, I highly recommend listening to Sinira's The Everlorn!
Sinira - The Everlorn
Album Reviews