Mercyless - The Mother Of All Plagues 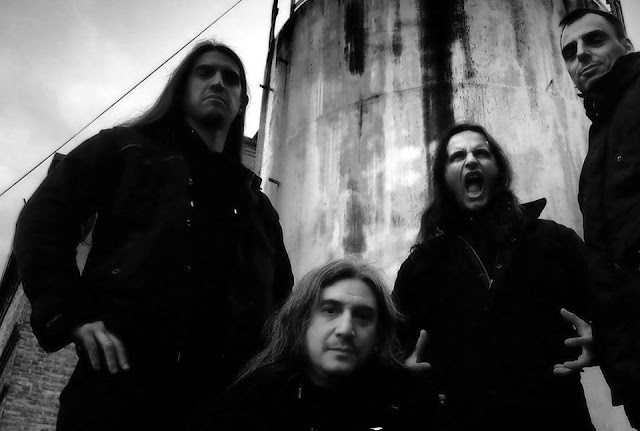 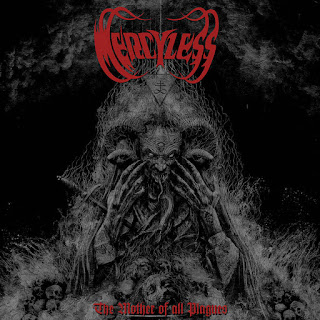 Mercyless - Laqueum Diaboli
Review
Rating (Out of 5🤘): 🤘🤘🤘🤘🤘
Favourite Track(s): Rival Of Nazarene, Bring Me His Head, Laqueum Diaboli, Inherit The Kingdom Of Hours
French death metal legends are back with the Mother Of All albums! Well, mother of all death/thrash metal albums that I've heard from them. Following on from 2016's Pathetic Divinity, it seems rather apt in the current climate, that has torn up the world and revealed how fragile our political systems are, we have presented to us an album titled The Mother Of All Plagues. With that in mind, just like the virus we're currently wrapped in, this album pulls no punches and hits you with all that demonic, plague wielding goodness! Mercyless have taken all the best elements of their last three releases, evolved them and made the Mother Of All Mercyless albums!
Musically, this album has a bit more pace compared to the other death metal albums I've listened to recently. That crossover of thrash and death metal elements give the album a sense of excitement at every turn and with the lyrical imagery and overarching demonic, action packed atmosphere it makes for some awesome listening. There is a very traditional sense of death metal when it comes to the riff composition throughout the album, but also a feeling of that French style progressive heaviness that reminds me of Gojira. The thunderous rhythms and grooves that are slightly off kilter than the usual death metal songs. With this in mind, every riff seems to flow together perfectly, with a contradictory smoothness to its rough and raw sound. The technical proficiency in the more melodic lead passages is also something to be admired, effortlessly weaving in between the chaotic rhythms whilst having a unique aura of doom and intrigue carried throughout the melody. The imagery that the album conjures up in my mind is that of a Zombie apocalypse, I can just see myself duel wielding chainsaws and going into the thick of the oncoming horde like an apocalyptic berserker whilst Max screams "BRING ME HIS HEAD!" in my ears. There is a real attitude about this album that reminds me very much of Obituary's earlier albums, especially with the slower doom like grooves that can be heard at various points through out the album. In comparison to 2016's Pathetic Divinity, the band have improved and honed their sound, even though elements from the previously released can be heard, there is a lot more uniqueness about The Mother Of All Plagues, that makes it a stand out death metal record from my perspective. Overall the album is a fast paced thrasher of an album that you'll have on repeat to pick up all the things you missed. Well written and diverse, this was the Mother Of All Mercyless albums for me!
The production of the album is a lot cleaner than 2016's Pathetic Divinity, and less muddy. The guitar tones have so much more clarity and high end whilst containing the initial rawness of the band's sound. The drums have been taken down a notch so they aren't all imposing compared to the bands previous album, as a result sounding altogether tighter and more impactful. The kick sound is a well balanced mix of hammer click and drum, preening us with this thick boom underneath the chaos being wrought by the rest of the band. The snare has a real bite to it whilst the cymbals resonate through the mix to add a dark glimmer to the albums. The cymbal bell hits give me the image of sharpened wind chimes, that if you hit them too hard one will enter your body, such is the subtly of the hits. The bass fills the low end and is augmented by the thick rhythm guitar tones. The leads could be a bit sharper to cut through more in my opinion but as a part of the whole the fill the high end to make this a full spectrum sonic assault from top to bottom. Overall, a very well mixed album!
If you fancy some iconic French death metal, get The Mother Of All Plagues in your ears, mind, and soul today!
Mercyless - The Mother Of All Plagues
Album Reviews