Hellripper - The Affair Of The Poisons 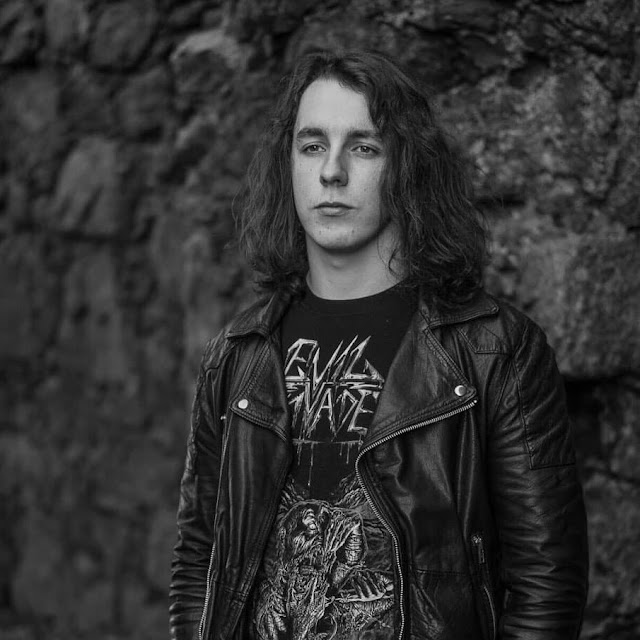 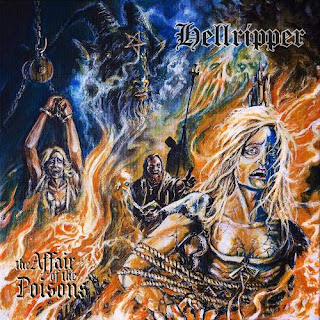 Hellripper - The Affair Of The Poisons

Review
Rating (out of 5🤘): 🤘🤘🤘
Favourite Track(s): The Affair Of The Poisons, Vampire's Grave, Beyond The Convent Walls, Blood Orgy Of The She-Devils
A blistering ride to hell awaits all those who listened to Hellripper's new album! The Affair Of The Poisons is a relentless march of riffs, solos and blast beats, taking influence from the original masters of the speed and extreme, Slayer, Venom and Motörhead. James McBain's legendary work ethic presents us with the twelfth release that bears the Hellripper name in just five years, through a series of spilts, compilations and two albums, the one man storm that is Hellripper has gone from a nothing to household name in extreme metal. You can't not be impressed at that! The Affair Of The Poisons is the highly anticipated sophomore album from McBain, following on from 2017's equally barnstorming Coagulating Darkness.
The album is steeped in speed metal tradition, being just under the half an hour mark, and is a whiplashing, thrashing experience from start to finish. Whilst I love the relentless fast nature of the album, there is little to really distinguish each song from the next, it all sort of bleeds into one to create one mega song. The riffs themselves are blistering and make you want to headbang from here to eternity, I haven't really heard any progress from the last album. The consistency is commendable, I have to give credit where it is due as a lot of bands these days can't seemed to really settle on a solid base for their sound before developing it, but in many ways it feels quite safe. The album itself is heavily guitar focused, whilst awesome in some cases, but brings in some ear fatigue and on an album that is just shy of half an hour, that's not good. Even so, the imagery conjured up by the lyrics and accompanied by the phenomenal album artwork is very appropriate for this time of year. The 1970s/80s horror movie poster art style is awesome, and sets you up for the onslaught of the album just by looking at it, although I must say it does remind me in some ways to Burn The Priest's (Lamb Of God) original album cover for their 1999 self-titled. I have to credit McBain's musicianship, consistently shredding his way through complex and chaotic solos with seeming ease, is something to be admired. Accompanied by his extensive output, it is something all musicians can aspire too but it's seems to have lead his songwriting into a bit of a same rut, the formula seems to have stayed the same and when you struggle to differentiate between songs its can be a cause for concern in my book. I'm disappointed really, as Hellripper seemingly garners a lot of praise as a "trailblazer" in the scene but there's nothing new here. On the positive side, I think there is still more to come from Hellripper, it feels like we've peaked at one area of his sound but there is potential there to develop. One thing I'd love to see is McBain vary his vocals, whilst they match the album really well, there are wailing highs (which can be expected in this style) or crushing lows, just the same monotone bark. Overall, the album passes by as quicker than lighting flash, exciting for the first couple of listens then gradually more and more same-y.
The production feels very old school, reminding me of the first records from Venom and Motörhead. Raw, abrasive and uncompromising, to fully accentuate the razor riffs and pounding drums. The guitar tones cut through like razors, staying consistently the same throughout the album and are very much at the forefront the mix. There doesn't seem to be any real bass tone in the mix at all, so there is no low end weight to support the riffs, which makes it a very high end affair to listen to. The drums sound tight but overshadowed by the ever present guitar. The snare has a good snap to it and the kick thunders along under the chaotic riffs with ease, accompanied by the cymbals slashing through the noise. Overall, I like the old school vibe of the mix but it just feels lacking a little bit, in terms of equal levels and low end presence.
A good album for thrashing around for half an hour too, but that's about it really. Whilst I am disappointed that it didn't really live up to the hype. Hopefully in the next outing Hellripper can bring something new to the table.
Hellripper - The Affair Of The Poisons
Album Reviews