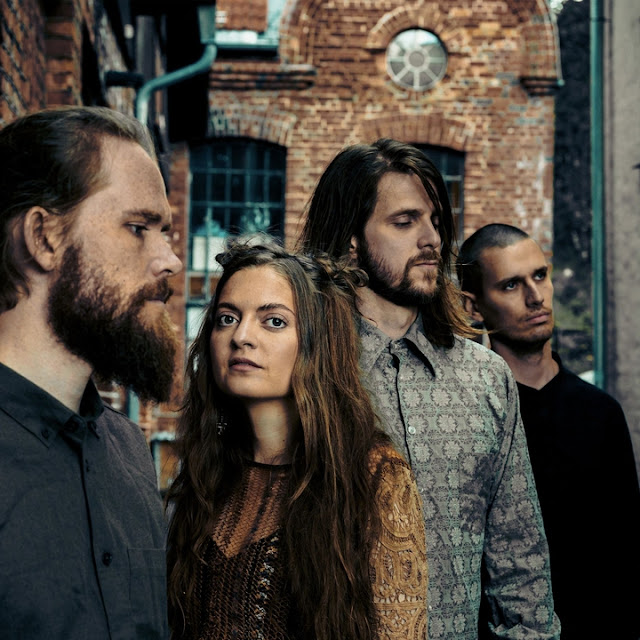 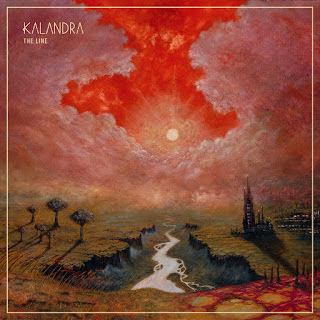 Review
Rating (out of 5🤘): 🤘🤘🤘🤘🤘
Favourite Track(s): Borders, Slow Motion, Naive, Virkelighetens Etterklang, Ensom, Brave New World, On The Run, It Gets Easier
Some of you will remember that way back in March (which feels like a lifetime ago now) I reviewed Kalandra's phenomenal cover of Wardruna's Helvegen. Now the alt. Nordic folk/pop group are back with their highly anticipated and wonderfully crafted new album! The band have become renowned for creating and weaving ethereal melodies into raw, eerie and enigmatic musical landscapes, accompanied with the theatrical elements of rock and metal. The Line is a journey through these changing, atmospheric landscapes that are sure to excite, enchant and emotionally move the listener, and take you to places where you can think, process, reflect and heal your soul. Drawing on a vast plethora of influences, styles and techniques, The Line is a fascinating and magical listening experience.
Musically, the band's Bandcamp stated that the album draws influence and inspiration from;
"A wide range of artists such as Eivør, Anna Von Hausswolff, Jenny Hval and bands like Pink Floyd, Tool, Mastodon, Radiohead, TesseracT, Wardruna, Gåte, IRAH and Sigur Rós. As well as female folk singers from Norway, Sweden, Iceland, Faroe Islands and Denmark, experimenting with vocal techniques from around the world (including Norwegian cow calls like kauking, to Mongolian, Arabic and Indian traditional vocal styles) which they use in combination with the more theatrical aspects of rock and metal." (Kalandra, 2020)
The best bit is that this wealth of inspiration is showcased in every single song on the album. There is so many beautiful things happening throughout this album that you just have to sit back, relax and take it all in like a giant breath of fresh air upon the summit of a mountain. The album effortlessly ebbs and flows with constantly changing dynamics and melodies coming at you like gracious, ethereal waves. What is really enjoyable to listen to is the virtuosity of Katrine's vocals, the influence of the North and East are prevalent in her melody writing, which works in tandem perfectly with the heavy guitar riffs or the ethereal synths, depending on the song. It's reminiscent of Deftones's Chino Moreno's vocal technique and dynamic of being able to ramp it up and bring it back down again perfectly, whilst still remaining effortlessly melodic. The guitar riffs, when they appear, contain a lot of the elements and influences from the artists above, it is telling of hours spent researching and learning the techniques and nuances of their influences and putting their new found knowledge into their sound. It's that wonderful scenario of hearing where the music has come from but it not sounding like it's influences and it is something we all strive for. The album as a whole is a beautifully crafted tapestry of sound, with gentle and evolving beats contrasted with thunderous rhythms to guide the listener through the rich sonic landscape. With slow builds and epic pay offs there is nothing not to like about The Line, it has something for everyone whilst being remarkably unique, refreshing and invigorating for both mind and soul. Whilst the album is a beautiful example of musical experimentation and exploration, it feels as though every single note and phrase was carefully planned, thought out and assembled to create a complex, textural and atmospheric experience. Overall, the album is faultlessly beautiful, an uplifting, exciting musical journey that everyone should take, multiple times.
The production of the album sounds like a graceful, evolving and elegant process, nothing too outrageous or outlandish in the way of processing or experimentation but it is magnificent in its use of layering, reverb, delays and everything ethereal. The drums are weighty but not over powering, lending themselves to the gentle ebb and flow of the album, filling the low end and being enveloped by the ethereal layers that are built up around it accompanied by the cymbals wistfully washing over the listener. The guitar tones are crisp and clean but with an analogue warmth to them and carry more of a progressive metal tone to them in the heavier songs. The synths and keyboards fill the space in the majority of the songs, it is very much a case of less is more, as there is a ridiculous amount of space for each individual component to breathe and let themselves be known. The lead vocals sit perfectly on top with grace and elegance, with the backing vocals weaving and echoing into the soundscape around it. Overall, a beautifully mixed album.
If you fancy really chilling out whilst going on a musical adventure, I throughly recommend that you put on The Line!
Kalandra - The Line
References
Kalandra, (23rd October 2020), The Line, Bandcamp, https://kalandra.bandcamp.com/album/the-line
Album Reviews