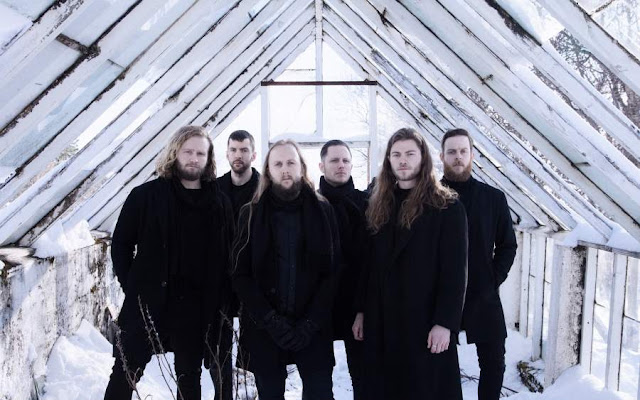 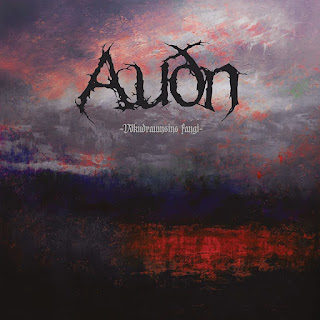 Review
Rating (out of 5🤘): 🤘🤘🤘🤘.5
Favourite Track(s):Verður Von Að Bráð, Einn Um Alla Tíð, Næðir Um, Ljóstýra, Birtan Hugann Brennir
Bursting out from the cold, Icelandic wastelands of frostbitten mountains and volcanoes, Auðn (pronounced Au-thn and meaning, rather fittingly "desolate landscape") return with another excellent serving of technically proficient, atmospheric black metal. Auðn across three albums have made their mark on the scene, harnessing the inspirational desolation of Iceland's harshest environments and moulding it into the a raw yet epic black metal soundscape. It was always going to be a challenge to top 2017's Farvegir Fyrndar (roughly translating to "Ancient Paths"), which has a more rustic and chaotic edge to it, but Vökudraumsins Fangi does just that, taking all the best elements from the band's previous two albums, tightening them up and promptly blowing your mind with them.
Musically, the first thing that will immediately stand out is that, Vökudraumsins Fangi is tighter and more cohesive album than anything the band have done before, feeling more progressive, in both songwriting and performance terms. Which in turns makes the already massive songs sound positively gigantic, as if it were played in a glacial valley. On an initial listen there is definitely more attention being paid to melody and dynamic on this album. With the melodic riffs dictating dynamics and flow, it feels infinitely more progressive and somewhat departs from the band's previous black metal modus operandi. This progression has worked in their favour, as songs such as Ljóstýra, Verður Von Að Bráð and the title track Vökudraumsins Fangi all have slow, waltzing melodic build ups before launching into a heavier sections. Glimpses of this were shown on Farvegir Fyrndar however, on this album the band have really expanded on that idea and as a result have created an even more sombre and melancholic atmosphere. Even with this in mind, the band have still kept the brand of black metal they've created ever present in the album. The heavier sections really drive the song forward and create intense imagery of soaring over lonely, snowcapped mountains in a delete landscape. Which in turn draws comparisons to the mighty Enslaved, in terms of song structure and content, there does seem to be a more Enslaved style approach to this album. Whilst it's not so much about Vikings or mythology, some of the more progressive grooves and quieter sections do have a very E and Utgard feel about them. By channelling the cold North, the band have created something truly magnificent, it is more than befitting the desolate landscape from which it comes from. The shift to a more atmospheric focus has worked out exceptionally well, as the songs have more subtle and nuanced elements in them that can be heard more clearly than in previous albums. There is so much raw emotion packed into this album, mainly being delivered through the power of Hjalti Sveinsson's vocals, hammering home the lyrical themes of loss and isolation, that spiritually this is both uplifting and thought provoking. Overall, Vökudraumsins Fangi is a spiritual journey that explores loss and grievances in a way that is raw and powerful. With a more progressive take on their style, this progression has created one of the most intense atmospheric black metal records this year.
The production for this album is vastly superior to anything that the band has put out before. Whilst still retaining the harsh sounds and chaotic energy, it sounds so much tighter as a whole production, which along with the songwriting progression is great to hear. The evolution from traditional black metal fuzz to a cleaner, more atmospheric focus has been a transition that is well worth it. It brings out the songs in a completely different way, allowing the listener to decipher the nuances and complexities in the album.The kick is cavernous, thumping along underneath the chaos unleashed by the guitars. The snare snaps so well, but sometimes gets lost, and the cymbals glisten in the background. Having their über harness taken away actually helps with the immersion of the album. The rhythm guitar tones are thick in the mid range, allowing the bass to have a really weight punch. The leads are clear and sharp yet warm, which is contradictory but having the softer sound allows the melodies to become really nuanced. Overall, an awesome mix that really helps bring out the songs.
If you fancy venturing to the great, cold North with an album, then Vökudraumsins Fangi is the album for you!
Auðn - Vökudraumsins Fangi
Album Reviews