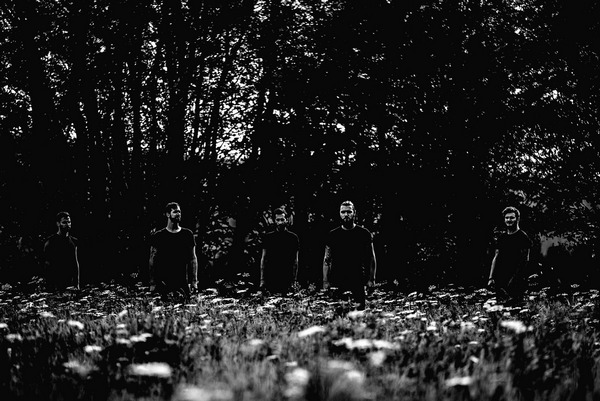 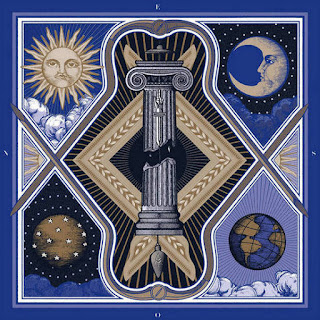 Review
Rating (Out Of 5🤘): 🤘🤘🤘.5
Favourite Track(s): Gloire Au Silence, Opprobre, Abysses, Ægo Templo, Baïne, Digue
Combing the emotive atmospherics of post-hardcore with the raw energy of black metal, France's Déluge have a very unique mix of sounds that are equally beautiful and ugly. Following up 2015's barnstorming debut Æther, Déluge's eclectic influence from abstract places strikes again. Despite coming from a similar place in regards to the more sludgier black metal bands, the twist comes from the predominately post-hardcore influences, making them an anomaly in the French and global black metal scenes. It can be said that French black metal has always had a distinctly unique and exciting sound, juxtaposing elegant, lofty melodies with dark, visceral riffs. With this in mind Déluge's Ægo Templo takes you on an uninterrupted, beautifully discordant and melancholic  journey. With the album mirroring the turbulent emotions that we can all find within us.
Musically, French metal has always had this unique edge to it despite the plethora of different sounds and styles, from the likes of Gojira and Alcest, in which Déluge sits somewhere in between, there is something very distinct about French metal. With this in mind, Ægo Templo is a combination of this French edge and an Icelandic style bleakness. The songs are harsh and cold, but are also flush with pain and sorrow,  like they are eternally questioning but never finding the answers. Whilst the band sing in their native French (of which I know none), the lyrical themes involved suggest tackling the bigger problems and theories within ourselves. The album takes on a life of its own, in regards to the fact that everything flows into one, each song is intrinsically linked to one another by a constantly evolving soundscape underneath the music. There is a very sombre and reflective tone to the album, although it is full of chaotic riffs, the overarching melancholy is what stands out the most when the atmospheric synths and vocals come in. One of the standout songs on the album is Baïne, as you can really hear the direct influence post-hardcore has had on the band's brand of black metal. With dual vocals and a slow, driving rhythm leading the song whilst the guitars form a symphonic atmosphere around it. Despite this, the album doesn't really get going so to speak until the second half, as the vocals and guitars are much faster, packing a more visceral and emotive punch. Whilst this energy is welcomed, it is somewhat built up to in various sections in the first half but there never seems to be sufficient momentum to keep it going. This surge of energy is demonstrated best in the album's title track alongside Digue. The band saved the best until last, with album closer Vers, compiling all the best bits of the album into one ear pummelling song, with an infectious groove. Overall, the albums strength lies in it's atmospherics and its riff writing, even in the less momentous parts the band has put together a string of solid, well written riffs together. Whilst there are some momentum loses, the album as a whole is strong, and joined together by the ebb and flow of the tide.
Much like 2015's Æther, the production of Ægo Templo is huge and in several scenarios copes the exact same template. Everything seems to reverberate off of the walls of the abyss and come back. The stand out element amongst the rigid drive of the drums is the lead guitars. With a tone that is sharp and clear, it seems to effortlessly interweave itself between the harsh kick drum pounding and overdriven guitars. However, the rhythm guitars feel a bit thin, there isn't a lot of weight in the slower, heavier riff sections which would push the songs into the next level. The drums sound tight and well balance, the kick has as satisfying thump to it and the snare snaps like the jaws of a crocodile. The bass is a little too fuzzy and the tone gets lost in some areas of the mix, but it still provides the much needed low end weight underneath the guitars. The synths and higher choral vocals are what makes the mix, adding a sense of huge space and ethereal presence. Overall, the album is well mixed, but sound very similar to the band's debut sonically.
If you fancy some post-hardcore influenced black metal, and are keep to explore the anomaly that is Déluge, then get Ægo Templo in your ears!
Déluge - Ægo Templo
Album Reviews