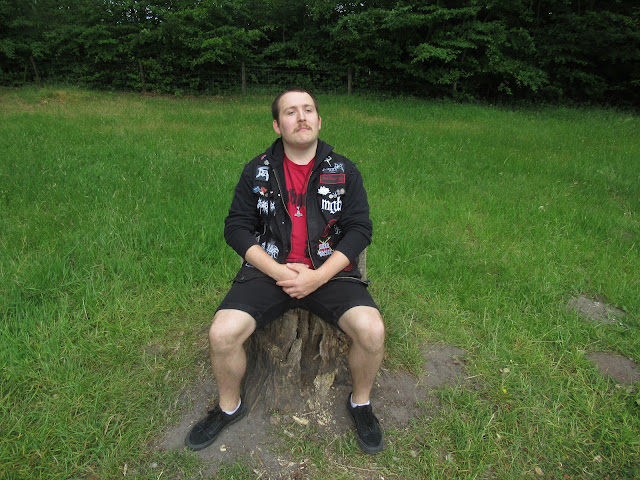 I don't know what it is about this second lockdown but it got to me quite badly. With everything going on it was so easy to get wrapped up in all the politics and because there is no where to go to escape from it or relax. This all enveloping doom and gloom on top of infinite cabin fever, really took its toll on me over the last two weeks, as it has effected many of us. On the flip side, I think a lot of the population is resigned to a quiet Christmas, so seeing the government urging businesses to open instead of really cracking down on this virus has lead to some feelings of frustration and despair also. Anyway, I shan't dwell on the current predicament we're all in, I've done enough of that. This week I challenged myself, to regain some emotional control and prove something to myself. I never thought I'd ever do a half marathon, let alone for such a great cause (see Instagram post below), but I proved to myself that I can do whatever I put my mind to. It got me thinking about how I've applied that attitude to my writing and music, whilst there's been so many ups and downs, it's been worth every moment spent on it, just like the run yesterday. I think it's so important that we give ourselves little challenges in the build up to the bigger ones, whilst I am still in complete disbelief that I managed to conquer this challenge, I've felt a surge in confidence that I haven't had these past few weeks. Regardless to what happens next, I'm ready for it! Anyway, whilst the music releases have been slowing down it's been awesome to go over some of the albums I may have missed such as Völur's Death Cult and Auðn's Vökudraumsins Fangi. I'll continue to do these check backs as I think I'm filling the gaps until the releases start to pick up again, and it means I've been telling myself off for sleeping on these albums! Anyway, I'm hoping things start to look up for all of us as Yule/Christmas approaches, it's been such a tough year and all I want now is for everyone to put their favourite album on, dance and sing like no one is around and have a fucking good time.

Whilst I'm in a somewhat reflective mood, this song has resonated with me on so many levels throughout this year. The lyrics feel like they were written just for me, which is always such a special feeling when a band can pull that off. Just this whole album is remarkable for me, after all that's happened never has an album cut so deep in the best way possible.
What I've Been Jamming To This Week
As you know from the last edition of The Metal Scholar's Weekly Listening List, I've had a bit of a dip in my music listening recently because of everything overwhelming me. However, this week I have re-fired my love for black metal, exploring classic and new albums from over the last year or so of the blog and beyond. What's really drawn me in is the explosion of quality British black metal, Winterfylleth, Saor, The Infernal Sea, Old Corpse Road, have all been infinitely inspiring as the weather has got colder and the skies darker.
Vinyl Collecting - A New Passion?
So, whilst I probably shouldn't have treated myself as much as I have (well, my travel plans won't be happening until 2022 at this rate), I've started vinyl collecting, starting with Black Stone Cherry's first three albums and Black To Blues Vol. 1 & 2 EPs. I've watched the vinyl resurgence for years and it is my dream that one day I can get my own music on vinyl, but I've never actively participated in it (mostly because I don't have a turntable). Even so, I've always had my own little stash of records given to me by my uncle, one of my favourite ones being Jimi Hendrix's BBC sessions. There is something so beautiful about a vinyl, as much as I love CDs, you can't beat that feeling of holding a vinyl and the power you feel when you say "I've got that on vinyl.". If I know myself well enough though, I am a real sucker for a limited edition or a rare copy, which I think ultimately will be my downfall with this new passion.

A Little Bit Of A Hendrix Jam
I want to finish off this post with a rare guitar video! After hearing Jimi Hendrix's Live In Maui album earlier this week, it inspired me to pick up my guitar and have a little fun experimenting with a Hendrix tone! As always thank you for all the support guys, I love the purpose this blog gives me and I couldn't do it without you guys!
The Miscellaneous Goings On Of Tom