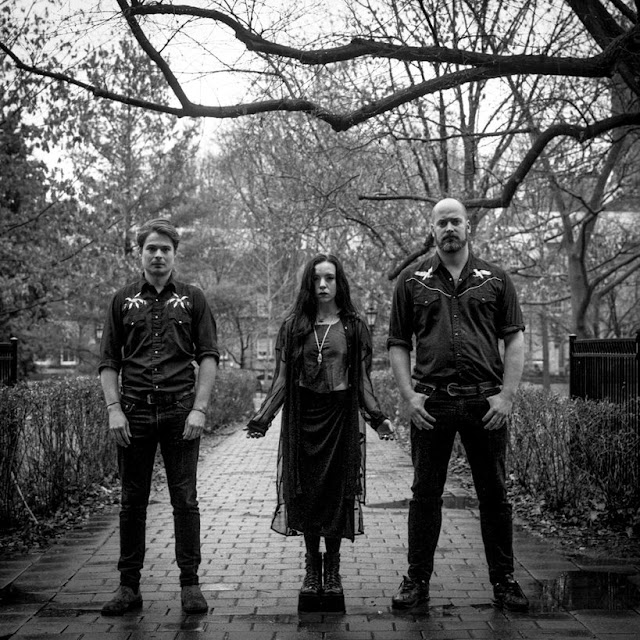 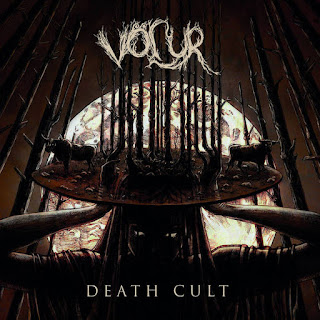 Review
Rating (out of 5🤘): 🤘🤘🤘🤘🤘
Favourite Track(s): Dead Moon, Inviolate Grove
Everyone's favourite Canadian genre bending, ambient folk doom metallers Völur, have returned with another musical epic reaching into the dark spirituality of human sacrifice, inspired by the writings of Tacitus in his book Germania. Vocalist and bassist Lucas Gadke stated on the band's Bandcamp "This makes 'Death Cult' probably the closest thing to a political album we will ever come up with. It is basically a lament for all the destruction, the burning, and gnawing away of this planet’s natural environment. Again, humankind appears to be stuck in a futile vicious cycle until it is too late." (Gadke, 2020). With this vivd and harrowing imagery placed firmly at the centre of the album, Death Cult is a mournful, sorrowful funnel precession for humankind.
Musically, the band have kept true to their folk/doom roots, with the slow marching rhythms of doom being augmented and expanded on by the vital folk sounds which makes Völur stand out in the doom metal scene. This unique blend gives rise to darkly unique and highly atmospheric soundscapes that carry pure, raw emotion in every note. If anything, Völur's albums are more like the symphonic works of the great composers, channeling emotions through specific movements and motifs in the music. Connecting on a deep, primal instinct, Death Cult has a very sinister vibe compared to the band's previous album, 2017's Ancestors, which was a lot looser and more ethereal in its approach. Each song demonstrates various modes of audible despair, outbursts of anger, deep melancholy and heartbreaking woe, making the listener reflect and think about what we are doing to the planet. Emotionally it is not an album for the feint of heart, whilst it is a beautifully rich musical tapestry, it is harrowing and rage inducing in equal measure. The album sees the band tighten up their performances and hone their craft into a finely tuned amalgamation of a plethora of stylistic influences into one cohesive musical experience. With the more traditional, orchestral stringed instruments leading the charge throughout the album, it is refreshing to hear them have such significant spotlight (outside of the symphonic metal supplied by Apocalyptica). Death Cult demonstrates the more visceral virtuosity of the band in regards to these instruments, as they supply raw, aggressive melodies. This is best demonstrated on the album's opening track Inviolate Grove, a brooding and dark track that has violins, violas screeching in both ears, whilst a double bass opens up the abyss with its low, driving drones. One thing that really stands out is the vocal performances, although sporadic, the layers of harmonies alongside shrieks reminiscent of black metal, the listener really feels the pain and sorrow of the aforementioned concept vicariously through them. Overall, there are only so many words you can use to describe this album, but ultimately the music does the talking. A beautifully crafted suite of complex emotions and master musicianship, wrapped in a rich soundscape and harrowing narrative.
The production of the album is massive. You can feel the soul crushing weight of the bass and double bass whilst the kick hammers how a slow drudging rhythm. The kick has a solid punch and is very weighty, whilst the bass fills the majority of the lower frequencies around it to create a bludgeon wall of sound. Considering the violins and violas are used instead of a guitar, the distortion on them gives their already earthy sound an extra element that, in many ways, better than what a guitar could offer in this scenario. With these screeching in the higher frequencies above the heavy bass, it falls to the piano and vocals to fill out the mid range. These brighter layers in between create a vast amount of space throughout the album, giving a close resemblance to the slow rise and fall of a person breathing. Overall, the mix is phenomenal and captures the underlying subtleties and nuances of the music alongside the raw aggression really well.
If you fancy listening to a musically rich album packed full of incredible emotions that will take you on a spiritual journey, then sit back and be absorbed into the tortured world of Death Cult.
Völur - Death Cult
References
Gadke, L., Völur, (13th November 2020), Völur - Death Cult, Bandcamp, https://volur.bandcamp.com/album/death-cult
Album Reviews