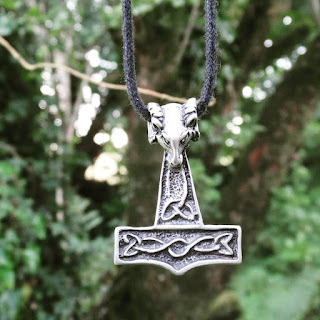 One of the most awesome things I've seen in the last few hours is that Scotland was hit by thundersnow, and it was so loud it caused a sonic boom. If that isn't Thor and Odin sending signs then I don't know what else is! As I mentioned in yesterday's Miscellaneous Goings On Of Tom, I have been severely lacking in the Viking metal department this year, coming from the inevitable cancellation of Hard Rock Hell Vikings. So, with all thundersnow omens and lack of Viking metal shows considered, this week's theme is Viking metal! It was only a matter of time before I gave this fabled and epic subgenre of metal a feature. There is a big diversity of styles in Viking metal, ranging from power to black and many more in-between. Whilst I'm a lover of Nordic Folk, I don't know why they through Wardruna into this eclectic mix of sounds, but I shall not as Nordic/Medieval folk is a whole different beast. With lyrical themes focusing on mythology, battles, gods, monsters and the life of a Vikingr it is no wonder that this particular subgenre has such a passionate and devoted following. This type of metal got me into studying Norse culture and to some extent Anglo-Saxon and Celtic history and culture as well. One band that is on the Anglo-Saxon side is England's very own Forefather, which I firmly recommend listening to. With the charge being led by the mighty Amon Amarth and legendary Bathory (Hammerheart onwards), grab your axe and spear, climb on board the drakkar and let's sail the seas to dark lands to find more brothers of Odin! 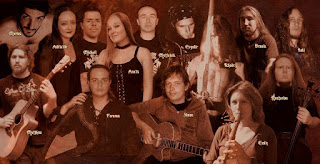 An epic viking metal monolith formed as an offshoot of another large band Folkearth (mentioned below). With lyrics written by Marios Koutsoukos (Folkearth, Dol Amroth) and multi-textural layers of folk and modern instruments, focusing more on the Amon Amarth style of melodic death metal, Folkodia will take you on an unforgettable mythological journey.

Spotlight On - Battles And Myths 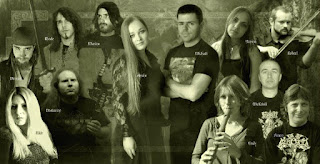 The "parent" band of Folkodia, this is the original massive metal collaboration. With lineups changing between albums, there is a lot to admire about how Folkearth and Folkodia work with so many minds coming together with vast ideas. The difference from Folkodia is this rooted a lot more in epic metal with more solid viking themes whereas Folkodia is more fantasy orientated. 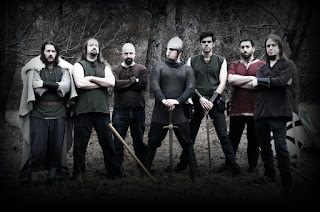 Bringing a dose of a vey nice lyrical themes consisting of Vinlandian folklore alongside the usual mead and battles. The interesting dynamic between the dual-violins alongside the usual instruments is quite interesting and gives it a distinctly American feel. In all of folk metal's years, this band are certainly a niche within a niche!
Bandcamp
Facebook
Spotlight On -  Shieldbrother 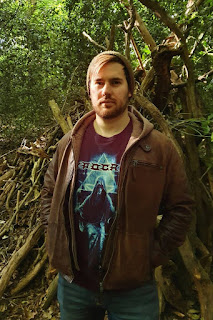 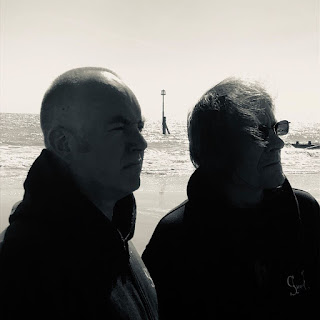 Epic Pagan/Viking metal from the UK, with raw black metal style production accompanying the epic melodies has you imagining England's tussles with these Norse invaders.

Spotlight On - By The Blood of Odin: Part 1 – Midgard

That wraps it up for another week my fellow metal explorers! Time seems to be flying as it feels like yesterday since I wrote last week's edition. I hope you enjoyed our journey through epic Viking metal, I am sure to revisit this particular subgenre as there is still so much more to uncover! Have an awesome weekend 🤘
Fjordhammer Friday Sounds Of The Underground