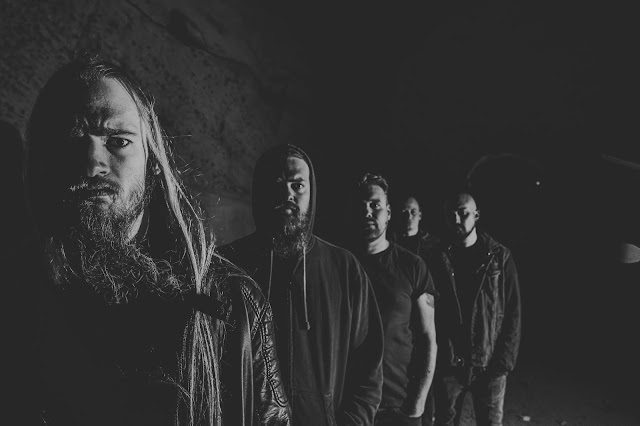 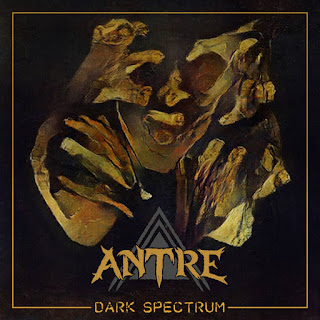 Review
Rating (out of 5🤘): 🤘🤘🤘🤘
Favourite Track(s): Through These Dead Eyes, Become The Dammed, Cursed Existence
Spilling forth from the English city of Nottingham, Antre (an archaic word for cavern) rob your soul and gives it to the void (last Robin Hood themed joke, promise.) with new EP Dark Spectrum. After 2019's blistering debut album Void, Antre carry on the anthemic atmospheric black metal sound whilst upping the aggression to create a blisteringly fast four track EP. Honing their craft in the depths of the dark chasms from whence they spewed forth, Antre are definitely a band to be keeping your eye on. Through barrages of noise and pure anger, Dark Spectrum is a journey through the concepts of primal fear, seething wrath, bittersweet salvation and questionable sanity.
Musically, there is a death and thrash metal edge to a core of black metal, fusing with it elements of hardcore. The genre dynamism on show from the band is something to behold as it is done in an expertly  subtle way. Raining a distinctive dissonance over the listener, tapping into that primal thought processes that run through all of us and containing you in an area that is not that dissimilar to a claustrophobic coffin. The EP does feel like it is slowly suffocating you, inducing an uncomfortable feeling through Patrick MacDonald's raw and raspy vocal, that blends various styles to sound devastatingly sinister. Whilst never straying from the black metal spine, the experimentalism behind Dark Spectrum is a step further in the band's evolution, taking some of the key aspects of 2019's Void and diversifying and developing them within this cross genre sphere. Whilst in many ways the album capitalises on the feeling of claustrophobia contradictorily it also sounds cavernous, with the riffs and melodic elements reverberating off of the cave's walls, in turn enveloping you in the black void that it creates as a result. There is something uncannily mystical about Dark Spectrum, within the slower sections of Cursed Existence you're drawn into this trance like groove underpinned with strange swelling synths.  The song almost feels ritualistic, as if you're opening up a portal into the void. By comparison, Through These Dead Eyes is a brutally harsh track capitalising on the raw black and death metal sound that grips you in it's cold claws, digging into your back and using you for it's carnal desires. Overall the EP is a chaotic, raw and relentless spin cycle in the void before being spat out into the darkness of an infinite labyrinth.
The production is interesting to say the least, whilst there is a lot of the core modern black metal production nestled deep in it, you could easily argue that the EP has distinct death and thrash metal feature. This mainly stems form the guitar and bass tones alongside the vocal mix. There is something about the scratchy distorted rhythm guitar tones that is reminiscent of the old school Swedish death metal tones, which in turn lend themselves to the black metal leanings of the music. The lead tones seem to slice through like a chainsaw to butter, but also add an extra layer of harshness to reinforce the claustrophobic overtones of the music. The bass has a very earthy and chunky weight, accompanied by cataclysmic distortion that helps to emphasise the power in the riffs. The kicks blast their way into your skull with devastating effect, alongside a kick the resonates all through the cavernous soundscapes. The cymbals really augment the chaos, adding an extra high dose of ringing frequencies that rattle around your brain. Overall the EP is a hybrid production of old school production fundamentals with a hard hitting modern edge.
If you fancy listening to some of UK metal underground, get Dark Spectrum in your ears and enter the void.
Antre - Dark Spectrum
EP Reviews