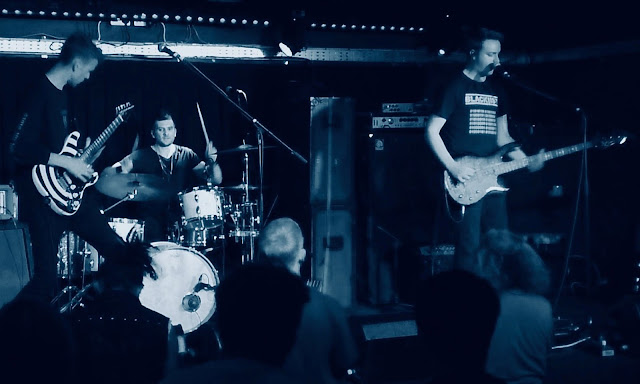 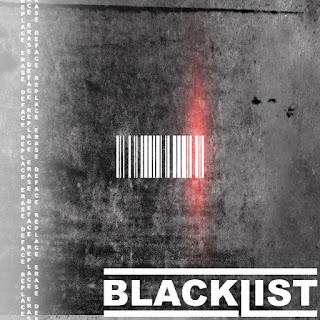 Blacklist - The Replacer
Review
Rating (out of 5🤘): 🤘🤘🤘🤘
If there is one thing that Bristol is famous for, it's its rich multicultural and diverse music scene. Ranging across various genres, the city is a hive of creative activity, boasting a famous rock and metal scene as part of this illustrious musical heritage. Now the scene is set, we can cast our eye to the latest, exciting addition, Blacklist. An alt. rock trio which describe themselves as the love child of the Foo Fighters and Muse being delivered, kicking and screaming, by a midwife in the form of Royal Blood. With such big names to model themselves on Blacklist have crafted a contemporary and exciting sound of big riffs and catchy melodies encased in this gritty and grunge-y production that is sure to get you moving.
With this being the band's debut single, there is still a lot of mystery and intrigue associated with the song for those who have not had the opportunity to see the live (side note: myself included!). Upon first impressions, you are gently lulled into a false sense of security with the intro riff, until the first monstrously gigantic and fuzzy riff comes in making you feel like you've been hit by a truck. The band's use of dynamics should be given a lot of credit, as it effortlessly builds momentum in all the right areas, which gives it a feeling of a Deftones style song structure, in the moments before Chino would let out a massive scream. The influence of Royal Blood on the drum rhythms is significant one, locking into an abstract groove with precisely timed, rhythmically tight fills that only augment the beat, partly because it also follows the bass riffs. The bass itself feels as if it's being used as another lead/rhythm guitar, driving itself into the foreground of the song alongside the guitar. Another element that catches the listener off guard but also demonstrates an experimental element to the song is the piano interlude after the second chorus. With its presence it adds a different texture to the song before building up into the this chorus, which has more impact because the subtle momentum shifts alluded to earlier. Even so, this song could easily be featured as part of an action sequence in a blockbuster feel, as it just has this raw and pumping energy to it that becomes an infectious ear worm. The atmospheric sounding solo, feels a little overpowered by the bass, even so it adds a contrasting floating element to an otherwise heavily bass rooted song. With the vocals hitting in a  short and snappy style, it suits the very brash and raw nature of the song. Overall The Replacer is an exciting and pulsing alt. rock banger giving us a healthy dose of nostalgia for 2012 when alt. rock ruled the charts. Fusing so many styles in a streamlined and precise way, it sounds like this is a band who know exactly who they are and know how to harness their sound for maximum effect.
The production is very grungy and raw, which is refreshing in the world of alt. rock which in someways has gone the way of most rock and metal genres and become too "perfect" and "clean" with their production so to speak. Heavily distorted guitars and bass alongside a pounding kick is exactly what you need to vent your emotions at the current state of the world. The drums sound tight, cohesive and rooted in the centre of the mix, even the overhead cymbals sound like they're bearing down on top of you, which allows the distorted tones of guitar and bass to fill out the fringes of the sonic field. The bass tone has an aggressive distortion, which pulses through the song as well as doubling up as another guitar. The guitar itself is equally as fuzzy, which creates a wall of noise, as if the band have somehow tamed the power of TV static. The vocal mix is sharp and clear, not that dissimilar to the Royal Blood vocal processing. Overall, this is a weighty yet tight sounding mix, which reinforces the raw and aggressive energy of the song.
If you want to delve into one of Bristol's up and coming acts, check out The Replacer and follow Blacklist on their social media by following the links below.
Social Media Links
Facebook
Instagram
Bandcamp
Single Reviews Sounds Of The Underground