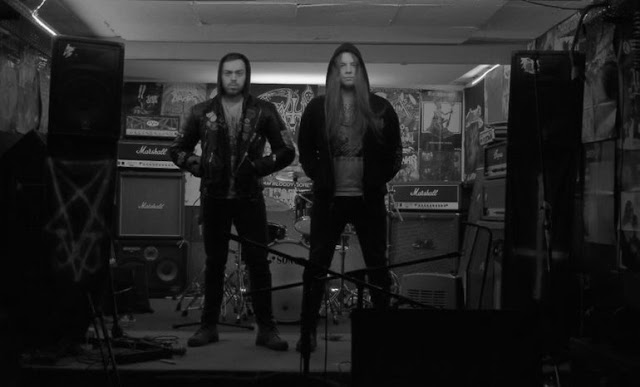 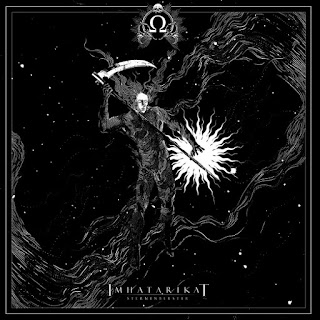 Review
Rating (out of 5🤘): 🤘🤘🤘🤘.5
Favourite Track(s): Sturm Der Erlösung, Kreuzpunkt Der Schicksale, Brand Am Firmament, Aufstieg, Sternenberster
With a name as powerful sounding as Sternenberster (meaning Starburst), it was bound to attract the attention of anyone who came across it. With a band name rooted in Turkish and meaning extermination sect, you know you're in for a destructively cosmic affair. Despite this being that band's second album, it is backed full of epic hardcore punk infused black metal riffing. Whilst its predecessor Kara Ihlas was more enigmatic, Sternenberster is an all out musical assault on the cosmos. With blistering pace and rousing vocals, this really does feel like a star has burst in your ear drums, and will make you want to mount an attack on the closest star to you to dissolve the universe in to a black nothingness.
Melody seems to have been a key focus during the creation of this album, which is one of the strong points of the album as it makes the riffs memorable as they strike out at you from the outset. This is one thing that also makes the album satisfying, as whilst it does revolve around a black metal format, the more hardcore sounding vocals and rhythmic riffs give the album this pulsing, highly energetic feel. Imha Tarikat have definitely expanded their sound on Sternenberster as it offers a relentlessly pumping album, with better constructed riffs and melodies that create this eclectic, powerful atmosphere. Each song seems to get bigger and better as the album goes on, as if it is building up to one massive climactic finish, keeping the listener on the edge of their seat. This demonstrated perfectly when Kreuzpunkt Der Schicksale transitions into Brand Am Firmament, the latter being a relentless chaotic song with a surprising acoustic section catching the listener off guard. This is the calm before the eventual solar storm until Klimax Downpour kicks in and does exactly what it says on the tin, bringing a literal downpour of powerful riffs and blasting beats that catapult the listener right back into the action. The album's atmosphere is quite a special one, as the vocals are overflowing with passion, which in turn gives the riffs and added kick. The vocal delivery is quite interesting, as it doesn't fit into the stereotypical black metal mould, and resembles the short, sharp bark of a seething Rottweiler than the shriek of a lost phantom wandering in the woods. It is quite refreshing to hear, as the quick instalments of lyrics match the ferocity of the music, driving the rhythm through the words instead of floating and lingering over the top, alongside the lyrics being sung in German there is an extra guttural aggression.  The album definitely brings something new to the table, as in some sections the album feels progressive and though provoking before slamming back into a ruthless black metal assault, these contrasts have been worked together so well that the album is an incredibly immersive listening experience. Whilst the energy dissipates with the closing outro, the real album closer Sternenberster is a triumphant track that consolidates all the songs that have gone before it into a compact, fast and vicious track. Overall the album is a brilliantly crafted effort that has a precise build up and bombastic pay off, whilst building on an established format Sternenberster feels like a very unique and immersive album regardless.
The production is a vast improvement on 2019's Kara Ihlas. It feels so much more expansive and allows the sheer enormity of the bands sound to be fully realised. Building up a wall of sound through multiple textural layers and a solid use of reverb creates an epic atmosphere for the melodies and riffs to sit in. The kick has a nice weight to it, driving through each track alongside a snare that sounds like a machine gun. The rhythm guitar is thick and a perfectly fits the mid range to charge through the riffs with devastating efficiency. The lead guitar rings through like sharp crystals with each note ringing into the void and coming back with force. The bass, fills the low end so well, it completes the carefully constructed wall of noise. The most experimental parts of the mix are contained in the vocals, but the reverb is perfect, giving the vocals a massive presence that transcends the album. Overall, a brilliantly mixed album.
If you would like to welcome in the new with a ruthlessly aggressive star burst, get Sternenberster in your ears.
Imha Tarikat - Sternenberster
Album Reviews