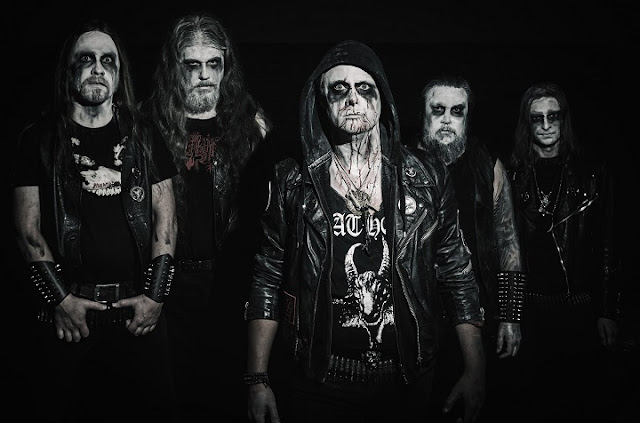 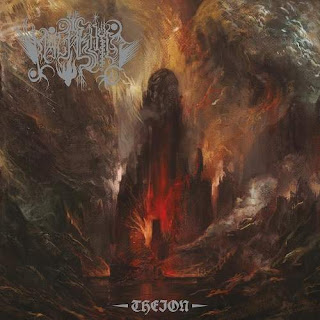 Malakhim - The Splendour Of Stillborn Stars
Review
Rating (out of 5🤘): 🤘🤘🤘🤘
Favourite Track(s): The Splendour Of Stillborn Stars, There Is A Beacon, Chalice Of Ruin, His Voiceless Whisper, Slither O Serpent
A sinister adaptation of the Hebrew word "malachim" (meaning "angels" or "messengers"), Malakhim are a young and ferocious band that channel the likes of Mayhem, Emperor to create a nostalgic blend of vile melodies with modern evil. With ominous, doom bringing riffs, Malakhim are surely ushering in the apocalypse with debut album Theion. With a primal malice the band reinvigorate the Mayhem-esque old school black metal sound. Theion is the product of the evolution of an already dark sound, established in the band's two EPs 2019's I and 2020's II. It is probably safe to assume that Satan himself will enjoy this dark offering from Malakhim.
Musically, it reminds the listener of the early to mid-1990s when black metal scene was just starting to take hold and of course gain a foothold in the news and media for its brutal sound, satanic imagery and infamous church burnings. This album has a very nostalgic feel to it, as if it was the love child of Mayhem and Emperor (minus the symphonic parts). This is the main appeal of the album, because it brings all those elements into the modern age with a more contemporary style. Mainly showcased in E's vocals, as he combines elements of Attila Csihar's/Nergal's operatics alongside the raw and powerful screech of Lord Ahriman (Dark Funeral), this unique delivery makes the dark and satanic messages stand out from the chaos of the music. The album's opener There Is A Beacon is an evil, atmospheric ritual of a song, which prepares you for the ensuing chaotic worship that is yet to come. The listener can imagine themselves standing at the gets of hell and this album would be queued up as they await their eternal torment. There is also an element of fusion going on throughout the album, whilst the black metal world is constantly evolving, with Finland striking out on its own and Norway losing a bit of it's power as black metal capital of the world, Sweden sits somewhere in between.  Theion is a sonic mixture of the new wave of Finnish black metal with a tint of distinctly Swedish death metal influence alongside Norwegian black metal traditionalism. This fusion gives it a distinct sound, which makes it all the more interesting. The riffs vary from relentlessly paced evil to doom bringing sledgehammered grooves, whilst weaving sinister melodies in between. This is demonstrated best in Slither O Serpent, a grizzly, ruthless song that slithers its way into your eardrums with distorted discordance. There is a commendable consistency to the album as well, as each song forms its own circle of hell in your mind, whilst there is no reference or explicit inspiration from Dante's Inferno, with each track you feel like your descending into a new level of Hell. With Theion being the final descent into madness as it closes the album with devilish efficiency. Overall the album is a fresh nostalgia hit of ravishing grimness which fully embodies the raw and ruthless sound of traditional black metal.
Much like the music the production sounds like it has been dragged straight out of the 1990s kicking, biting and screaming. The scratchy, chainsaw sounding guitar tones create the grim atmosphere, melting into one another to erect a wall of beautiful fuzz and noise. The lead tones float effortlessly in between, almost hiding themselves to add to the overall atmosphere, which is quite refreshing to listen to as a the focus shifts to the vocals and the lyrics. The drums however, sound overly compressed and a bit flat with the kick sounding a bit too flappy. Whilst there is a kick bass presence there, it doesn't feel like its enough to drive through the songs. The snare, toms and cymbals do an epic job of filling out the high and mid range space left over from the guitars, with a shotgun snap on the snare. The bass is present and supports the guitars well, but it would be even more formidable if the bass was boosted a bit more. Despite looking at the mix through modern eyes, this is a traditional sounding black metal album, which wouldn't sound out of place in a tape deck in 1992. Overall, the mix compliments the music to make a sinister and evil sounding album.
If you fancy getting a dose of contemporary nostalgia, then get Malakhim's Theion in your ears!
Malakhim - Theion
Album Reviews