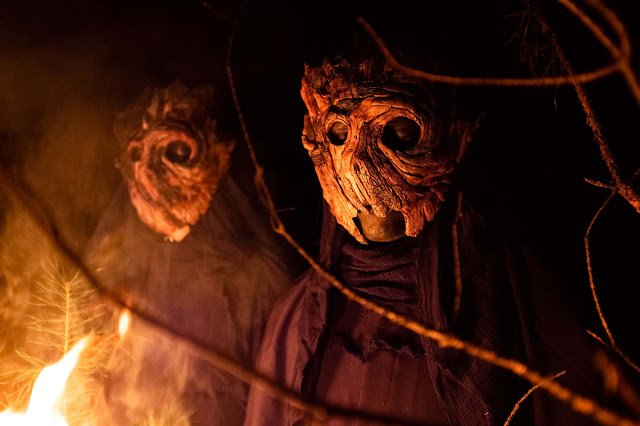 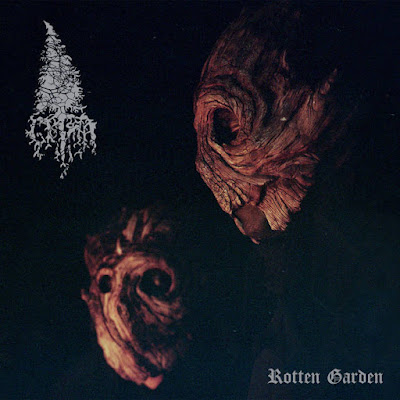 Review
Rating (out of 5🤘): 🤘🤘🤘🤘.5
Favourite Track(s): Cedar And Owls, At The Foot Of The Red Mountains, Rotting Garden, Grom
Mysterious Russian atmospheric black metal band Grima present a haunting yet enchanting album, packed full of intricate melodies and epic atmospheres that transport you into an old forest beneath the stars. Grima have evolved significantly with each release, Rotting Garden is a testament to that as it blows 2019's Will Of The Primordial out of the water. Although Grima are a studio only venture, their music captures a raw, living and breathing energy that adds to the already intensely atmospheric music. Utilising synths, traditional instruments and all the trappings of black metal, Grima take you on an intense journey through the vastness of Russia.
Musically there is such a vast and diverse array of atmospheres and elements layered to create epic sweeping soundscapes and illustrious vivid passages that conjure up all sorts of beautiful yet mysterious imagery. There could be a fair comparison to the atmospheric techniques used by Batushka but in a much slower context. The vivid cacophony that envelops the listener is beautifully worked, as the black metal riffs and low vocals anchor the songs, so the floating and ethereal melodies can drift willingly around the chaos. There is quite an instructing dynamic going on throughout the album that gives it a sense of ebbing and flowing through multiple passages, this is partly due to the various foley recordings of owls and the landscape that the music has placed itself in. Conceptually it feels very Wolves In The Throne Room-esque, with the delicate intros crescendoing into massive sweeping black metal movements. One of the more unique and surprising aspects of the album is the use of the accordion. Not an every day instrument in black metal but the way the melodies have been composed for it adds a special texture to the songs, and gives it a really folk black vibe. All the songs seem to melt into one, with each song representing a different movement in one giant orchestral suite. The most elaborate of all is the album's title track Rotting Garden, and it is easily the most musically fascinating. A ten minute atmospheric metal epic, utilising sparkling synths and an organ sound not that dissimilar from a church sounding organ. However the song places you firmly in a space and time, a garden in the dark surrounded mangled tress and nothing but dim starlight to guide you. Whilst there is elements of pure black metal aggression, the album has more of a mysterious appeal to it, every listen through the album there is something new to think about and consider. At The Foot Of The Red Mountains is a song that best demonstrates this, as it packs so much into the song it takes a few listens to full appreciate it. Album opener Cedar And Owls has to be the most unique track on the album, utilising Owl hoots is something that you don't usually hear but it sets the tone for the nature concepts behind the album. Overall, Rotting Garden is a highly atmospheric and beautiful sounding album that is sure to transport anyone who listens to it into a dark and mysterious world.
The album's production is phenomenal, building up intricate and intense instrumental layers alongs side droning synths give it the "massive soundscape epic" label without a shadow of a doubt. Allowing the distorted rhythm guitar tones to wash over you so the melodies and sound effects can really shine through.  The bass has a real earthy weight to it, alongside the rhythm guitar gives excellent support for all the leads and synths whilst grounding the album. The kick is thick and ponds through the songs, giving the songs a significant drive. The snare seems a bit flat in some areas, it would be better to have more of a snap in some of the heavier sections. The cymbals have a very shimmering feel to them, mixing in with the elegant synth arrangements and its fair to say it's what some may think glitter sounds like, with all the reverberations bouncing the sound waves round the cavernous soundscape. The guitar leads are subtle and nuanced, allowing the main melodic weight to reside in the traditional instruments and the synths. Those elements add extra unique textures to the compositions and mix and have been mixed incredibly well to capture the nuance of the instruments. Overall, the album's production is epic and unique, accentuating the music perfectly and being diverse enough to keep knew elements with every listen through.
If you fancy some epic Russian atmospheric black metal, then give Rotting Garden a listen!
Grima - Rotting Garden
Album Reviews