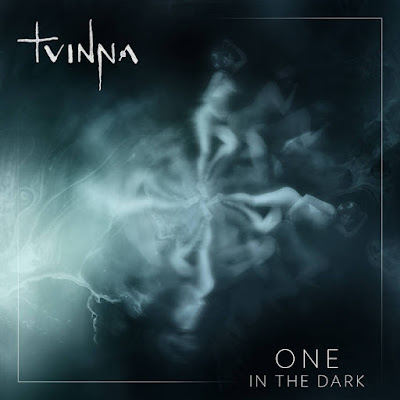 Review
Rating (out of 5🤘): 🤘🤘🤘🤘.5
Favourite Track(s): Kriez, The Gore, Partus, Inside - The Dark, Sunna, Tides, Skymning
Bringing the powerful and strong essences of the female soul to an album that breaks down the various stages of life is certainly presents a deeply intense and spiritual affair. Tvinna is a multi-cultural project that combines the talents of current and former members of German pagan folk band Faun alongside members of Eluviete and Ulcest wrapped up in a perfectly produced package. The band have a unique blend of folk, pop and metal that brings a dark yet peaceful intensity to their music. With powerful women being a central focus of the album alongside the raw and emotional themes, Tvinna have collaborated with the likes of famed Faroese singer Eivør and created an ethereal, beautifully spiritual realm with their music. Some comparisons could be drawn with other contemporaries such as Kalandra, but Tvinna have evolved into their own unique sound and their music will surely resonate with a lot of people.
From the very beginning the band let their vocal capabilities shine in album opener The Gore. Multiple harmonies used in canon with one another, with various lead melodies weaving their way through the song. From the predeceasing singles, you know you're in for an intensely atmospheric and spiritual musical experience. What really makes the songs resonate is the more epic metal elements combined with ethereal synths and pounding drums. The vocal melodies are very much the vocal point of the music, as they're supported by driving rhythms and surrounded by gradually build up atmospheres provided by synths, guitars and other electronic elements. These all create an awesome, entrancing and mystical atmosphere. The album feels like a blending of ancient and scared through its vocals and rhythms with modern power and industrialism with the production and arrangements. With that in mind, it certainly helps illuminate the lyrical themes of the state of being unborn and the process of birth, which is all reflected through water in its various forms. The album represents the first of four stages of life in a wider project that the band are working on, which is interesting when you hear it through this sonic perspective. The music certainly captures the sometimes chaotic period between conception and becoming a sentient being. It also triggers this inner reflection on your own sphere of reality, the songs that represents these reflections whilst also trying to comprehend the chaos and peace around you are Partus, Kriez, Sunna and album closer Skymning. There is also an element of hope and salvation from the darkness alongside this, as the intro voice in The Gore states. This conceptual complexity its something to be marvelled at and full appreciated, combines the epic fusion of metal and the ethereal atmospherics it is an ambitious debut release and it has certainly paid off. Overall the album is very complex and hard to unpack and categorise in a universal form, even so, this overwhelming connection with primal concepts in a modern sphere is something the band have managed to exploit phenomenally well.
The production feels equally condensed and epic contradictorily and simultaneously. With some songs leaning towards a full scale, epic metal production while others focus more on a concentrated space making the song sound more intimate. Even so, all the bands influences and backgrounds are melted together to create a unique sonic signature. The drums are an interesting mix of subtle nuance and thundering power, the mix seems engineered mainly towards the bass frequencies so the rhythms tap into our deep, primal instinct to move to heavy, thumping grooves. Accented with various spaced out pieces of percussion, when it all comes together it adds multiple rich textures. The synths and guitars take a backseat which it quite refreshing as they seem to be there to emphasise the atmosphere and make the vocals really stand out. The vocals are the focal point of the mix, the individual tones of the voices have been given their own unique space and together they all feel like they're wrapped around you. The way the harmonies are layered to interact with each other makes each song sound like a choral masterpiece. Overall, the mix combined with the incredible musicianship has brought something more than just an album and more like a breathing and living piece of art.
If you fancy getting lost in a conceptually rich and vocally mesmerising album, then become One In The Dark.
Tvinna - One: In The Dark
Album Reviews